The Baku Museum of Modern Art has opened its doors to Lalla Essaydi’s Beyond Time and Beauty exhibition. Beyond Time and Beauty is Essaydi’s first exhibition in Azerbaijan and follows her retrospective at the Smithsonian Museum of African Art in 2012-13. Bringing together works from across her career, the show features the series Harem, Bullets, Converging Territories and Les Femmes du Maroc. As the curator, Dina Nasser-Khadivi, describes “Essaydi is a remarkable international artist; she navigates pervasive cultural and aesthetic dichotomies to make something wholly original - East and West, Tradition and Modernity and the changing perceptions of women.” A fully illustrated colour catalogue will accompany the exhibition and include an essay by Olga Nefedova, the founding director at the Orientalist Museum, Qatar. Essaydi was raised in Morocco and spent many years in Saudi Arabia, and although she was educated in Europe and the United States, this experience of traditional Islamic life was fundamental in shaping her. Essaydi’s photography provides a contemporary reflection on an iconography that stretches as far back as the Orientalist imagery of nineteenth century artists such as Ingres, Delacroix, and Gérôme. More recently Essaydi has produced a series of pictures in a former harem in Morocco, often swathing her subjects in robes which closely echo the decorative tiles that wall the complex. Lalla Essaydi lives in New York. Selections from her series Les Femmes du Maroc were published by powerHouse Books in 2009. Recent exhibitions of her work have been staged at the Smithsonian Museum of African Art, Boston Museum of Fine Arts, Williams College Museum, Williamstown, Mass.; and the Columbus Museum of Art, Ohio. Her work is represented in the collections of the Louvre, Paris; Los Angeles County Museum of Art (LACMA), Los Angeles; Art Institute of Chicago; Brooklyn Museum of Art, New York; Museum of Fine Arts, Houston; Museum of Fine Arts, Boston, and many others 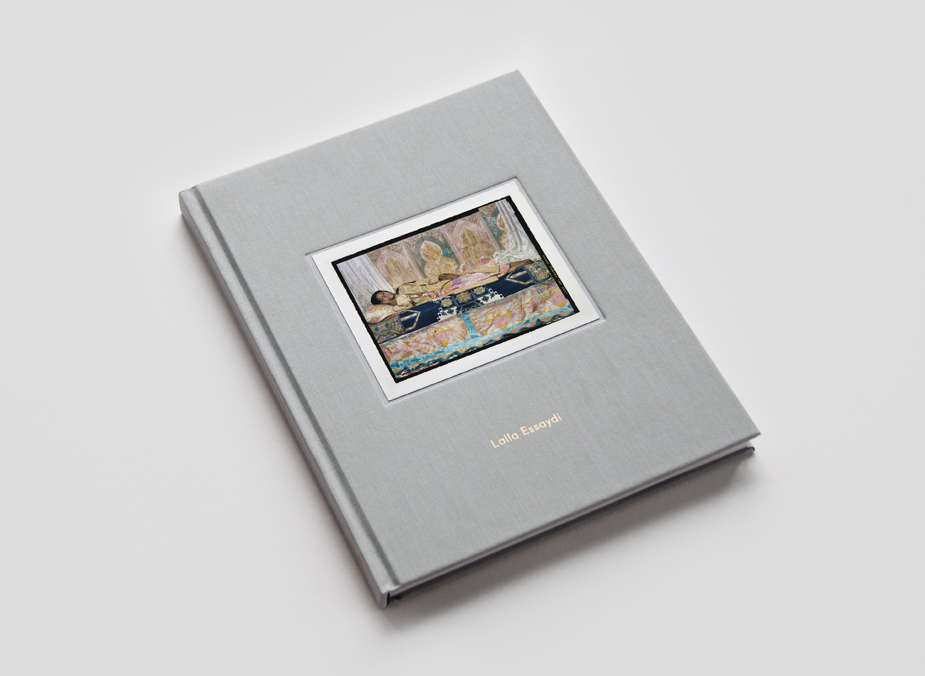 Orientalism can be defined as a historical and cultural event, which has been uniting various aspects of cultural life for a number of centuries—literature, fine art, architecture, music and philosophy. A "vision" of the East—positive or negative—based on imagination or historic facts, it has generated an exotic image in our consciousness, which has its own right to existence. At a crucial and timely moment in the history of relations between the West and Islam, this book provides the context and essential background to understanding this part of the world and the intense debate on this theme. The art-biographer of the XVIII-century Ottoman Empire Franco-Flemish artist Jean Baptiste Vanmour (1671–1737) left a very important legacy—pictorial evidences which can be considered as historical illustrations of all the aspects of XVIII-century Ottoman life: from diplomatic ceremonies in the Ottoman court to everyday events of Istanbul multinational society. It will be of strong interest to scholars of Middle East studies, anthropology, history, cultural studies, post-colonial studies, and literary studies.

.One of the most popular travel destinations among nobles, wealthy merchants, travellers and diplomats during the sixteenth century was the world of the Ottoman Empire, as European–Ottoman relations pervaded the centuries, combining cultural, political and economic interests. So there was increasing demand for pictorial as well as written records of life in the Ottoman world. Travellers and diplomats commissioned artists as an essential part of their duty to bring back to their countries as much information as possible on all things Turkish. One such record is an album dated 1590 and commissioned by Bartholomäus Schachman, mayor of Danzig (Gdan´sk), traveller and explorer, art patron and collector, benefactor and connoisseur. His journey through the Ottoman Empire lasted two years (1588–89), and his album, conveying the tale of his adventures, became one of the greatest travelogues of the sixteenth century.

On the occasion of Doha being a cultural capital of the Middle East in 2010 and Istanbul being a cultural capital of Europe, Doha Orientalist museum is holding a symbolic exhibition “A Journey into the World of the Ottomans”, accompanied by a catalogue. Major part of the illustrated exhibition artworks are to come from the Orientalist museum own collection, the Rijksmuseum, as well as other major collections. The exhibition will bring together artists from the sixteenth century onwards, including Bernardino Campi, Jacopo Ligozzi, Nicolas Rycks, Jean-Baptiste Vanmour, Jean-Étienne Liotard, Antoine Ignace Melling, Francesco Hayez, John Frederick Lewis, Walter Gould, Alberto Pasini, Germain Fabius Brest, Oskar Kokoschka, Nikolai Kalmikoff, Vanessa Hodgkinson and Bas Princen. The artworks selected are to illustrate the history of the orientalism development from the sixteenth to twenty first century, which throughout the years shaped the image of the Ottoman world in Europe, covering different genres of orientalist art. - See more at: http://www.skira.net/a-journey-into-the-world-of-the-ottomans.html?___store=en&___from_store=default#sthash.V8N9Mye4.dpuf