Exchange Rate Regimes and Macroeconomic Volatility: is «Fear of Floating» a Stabilizing Policy 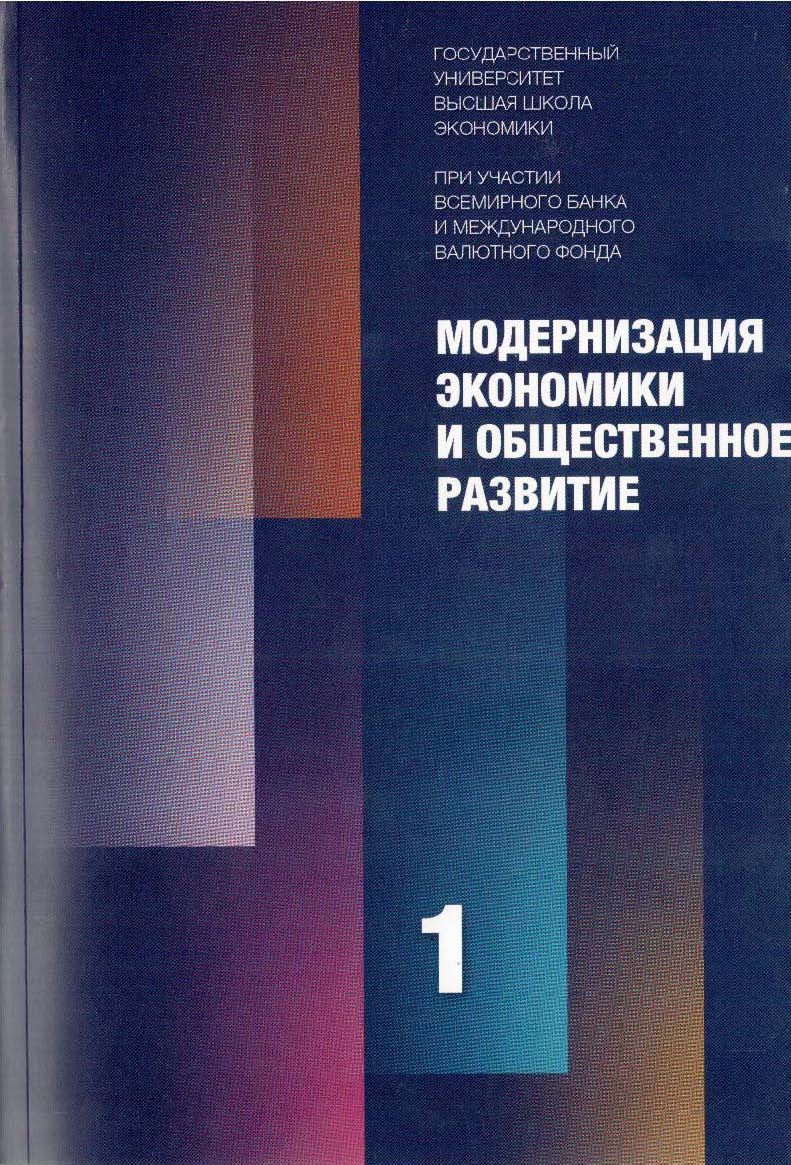 VIII Международная научная конференция. Модернизация экономики и общественное развитие: В 3 кн.
Edited by: Е. Г. Ясин Кн. 1. М.: Издательский дом ГУ-ВШЭ, 2007.
Similar publications
А нужен ли России свободный рубль? (влияние политики свободного курса на волатильность рубля)
Петроневич М. В. Экономическая политика. 2010. № 4. С. 82-91.
Bi-currency versus Single-Currency Targeting: Lessons from the Russian Experience
Sokolov V. Review of International Economics. 2012. Vol. 20. No. 4. P. 707-722.
This paper examines how the 2005 shift in Russian exchange rate policy from US dollar (USD) single-currency to USD-EUR (euro) bi-currency targeting has impacted domestic interest rates. The finding show that this policy shift has disconnected Russian interest rates from US dollar-denominated interest rates, while instead linking them to a synthetic interest rate composed of USD and EUR rates at the same proportion as that of these two currencies in the currency basket against which the ruble's exchange rate is set. The Russian experience shows that while the adoption of bi-currency targeting may help ensure that domestic interest rates are less dependent on the monetary cycle of a single country, these rates are instead likely to reflect financial developments in all countries whose currencies are included in the currency basket. This insight is likely to be relevant for other countries that pursue basket-targeting policies.
Optimal monetary policy under incomplete pass-through and asymmetric price rigidity: The empirical evidence from Russia
Dobrynskaya V. V. In bk.: Monetary Policy, Trade and Convergence. The Case of Transition Economies. Berlin: LIT Verlag, 2009. P. 47-78.

The problem of optimal monetary policy is extremely relevant for Russia. Although the monetary authority claims that inflation targeting is the main goal of the monetary policy, empirical finding suggest that the real exchange rate targeting is of major importance (see Vdovichenko / Voronina 2004). Due to the rising flow of petrodollars, the rouble is currently experiencing a significant real appreciation. The fear to harm exports causes the monetary authority to respond by accumulating dollar reserves and increasing the money supply, thus preventing a nominal appreciation. Such policy leads to high inflation which benefits of some groups at the expense of others. That is why the optimal degree of intervention is in the centre of the current political and economic debate.

Определение реального курса рубля и оценка политики долгосрочного таргетирования реального курса валюты
Sosunov K. A., Ushakov N. Научные доклады лаборатории макроэкономического анализа. WP12. Высшая школа экономики, 2009. No. 02.
The equilibrium real exchange rate of Russian ruble is estimated for the period from the beginning of 1995 to the beginning of 2008. According to the methodological approach proposed by Edwards (1988) the equilibrium real exchange rate is a function of a set of fundamental variables (so-called “reduced form equation”). In order to estimate an equilibrium real exchange rate a set of fundamentals was selected: terms of trade, productivity differential, fiscal policy variable. Estimation was performed in a cointegrated VAR framework using the Johansen cointegration test. The speed of adjustment of the actual real exchange rate to the equilibrium real exchange rate as well as the influence of monetary policy and private capital flows on the short-run dynamics of real exchange rate is explored.
Оптимальная денежно-кредитная политика при неполном эффекте переноса и асимметричной жесткости цен
Dobrynskaya V. V. WP BRP 55/LNG/2017. Высшая школа экономики, 2007. No. 04.
This paper analyses the optimal monetary policy under incomplete pass-through and asymmetric price rigidity. In a general equilibrium sticky price model of a small open economy we fi nd that the optimal interest rate rule is to respond to all types of shocks in an economy: real exchange rate shocks, supply shocks and demand shocks. The extent of the optimal response of the interest rate to exchange rate and supply shocks depends positively on the degree of pass-through and negatively on price rigidity. Therefore, the interest rate should be adjusted more in case of an infl ationary shock (e.g. depreciation of the domestic currency) than in case of a defl ationary one of the same size due to higher downward price rigidity and lower downward pass-through.
Тактика выжидания
Гавриленков Е. Е., Струченевский А. А. Эффективное антикризисное управление. 2010. № 4(63). С. 24-29.
Размышления о первом годе работы в Банке Израиля
Fischer S. WP BRP 55/LNG/2017. Высшая школа экономики, 2007. No. 02.
In this paper I reflect on my first year as Governor of the Bank of Israel, which I joined in May 2005. I start by describing the current state of the Israeli economy and monetary policy and economic developments during the past year. I then review a series of issues that have arisen during the past year. Among them are: the monetary mechanism, which is unusual because exchange rate changes have a very rapid impact on prices; the role of inflation and interest rate expectations in policy decisions; the role of the interest rate gap with the US; the role of the Governor as chief economic adviser to the Government; banking supervision; and management and political issues.
Economic Fluctuations and Their Drivers in Russia
Smirnov Sergey. In bk.: Business Cycles in BRICS. Springer, 2019. Ch. 6. P. 89-119.

In many respects, the historical trajectory of the Russian economy during the Twentieth century has been a terra incognita until now. As for the official statistics, there are at least three important reasons for this. First, many relevant indicators were either not measured, or were kept secret and never published. Second, Russia (as the RSFSR) was a part of the USSR, and statistics for the RSFSR was much less prevalent than for the USSR as a whole (historical changes of the Russian borders also require special consideration). Third, an ideological dogma existed about the absence of inflation in the planned Soviet economy; therefore, all deflators (if any) were underestimated, and all aggregates in constant and/or comparable prices were overestimated (as were the corresponding growth rates). As for the unofficial historical estimates, most of them were focused on the USSR, not on the RSFSR. It’s very risky to use them as a proxy for historical indicators of the Russian Federation.

Hence, our first aim was to construct a statistical time-series that might be useful to describe the long-run trajectory of the Russian (the RSFSR and/or the RF) economy. Using previously unpublished data stored in Russian archives, we tried to extend them back as far as possible; in fact, most of them began in the late 1920s.

Our second aim was to denote periods of growth and contraction in the Russian economy and to reveal the economic factors that caused changes in trajectory. Periods of contractions during the era of the planned economy were of special interest for us. We found that recessions had occurred, not only in the market, but in the planned Russian economy as well (of course, with a significant remark that contractions in the planned economy were much rarer, but evidently more destructive).

The Chapter examines the evolution of the modern system of currency regulation in Russia. Special attention is paid to sustainability of the national currency, the causes and consequences of capital outflow, as well as measures of deoffshorization of the Russian economy.