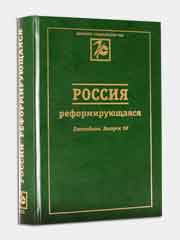 The book deals with a national identity of Russians in a context of their historical memory. Different forms and layers of collective identities, factors of ethnocultural development of Russia are considered. The multicultural and multiethnic composition of Russia is emphasized and specified.

This paper is dedicated to the characteristics of phenomenon of state identity in the modern Russian society which has been affected for last 20 years by the processes of virtualization, informatization and political transformation. Today, the Russian Federation, like any other state in the world, is closely connected to non-local events and ideas; the " title nation" and " strong state" ideas are routinely confronted by challenges from multiple agents including immigrants, the mass media and especially the Internet. In the present study, empirical findings from several studies developed with methods of visual sociology, expert interviews and public opinion research are used to understand how people in Russia tend to realize their desire to be the unit of the state forming so-called " invisible" state identity, which is not absolutely loyal to the government institutions and is very stable. This type of identity has been formed under alternative institutional logic which isn't preordained by acting of the state but is shaped as well by cultural, social, and cognitive processes in " real" , but especially in " virtual" spaces of communication. And despite " Russia as a state" is still a way of maintaining the symbolic power of political leaders, there are some strong but hidden tendencies forming " Russia as a community of citizens" under the influence of information technologies, global values, norms and outlooks.

The Valdai Discussion Club presents its new paper, “National Identity and Russia’s Future,” based on the discussions at the club’s 10th anniversary conference in September 2013 and subsequent work of the expert groups. The paper, written by the young scholars Anastasia Likhacheva and Igor Makarov of the National Research University – Higher School of Economics, attempts to answer the most fundamental of questions: Who are the Russians, and what does their future hold? Authors, who were overseen by Sergey Karaganov, Honorary President of the Council of Foreign and Defense Policy, lay out their views on Russia’s national identity in a way that transcends the traditional academic framework and leaves room for a free and wide-ranging discussion.