Basic Human Values of the Russians: Both Different from and Similar to Other Europeans

The basic values of the Russian population and the population of thirty-one European countries were compared with data obtained by Schwartz Questionnaire embedded into the fourth round of the European Social Survey. Conclusions about similarities and differences of basic human values between Russia and other European countries confirm the thesis that Russia is a country which shares with the other world the general logic of cultural and social development and which has a lot in common with the countries of similar economic level and recent political history. In most value comparisons Russia appeared to be closer to the Post-Communist and to the Mediterranean countries than to Western European or Nordic countries.

The fact that the Russians are less committed than most Europeans to the values of caring, tolerance, equality and ecology and conversely more than most Europeans committed to the competitive "zero- sum” values of personal success, wealth and power confirms the validity of current moral criticism of mass values and morals in Russia. The other disturbing fact is the relatively low commitment of Russians to the values of Openness to Change and conversely a strong focus on Conservation. So the Russian basic values create a cultural barrier to the development of innovative economy and to the society development as a whole.

Thanks to the shift from the country to an individual and group level of analysis we challenge the notion of the "average Russian" and demonstrate that the Russian value majority consists of two subtypes. Russia has the sizable value minority also and its members share the values atypical for most of the Russians. Two value minorities which embrace 19% of Russian population are more committed to values of Openness and Self-Transcendence than the rest of the Russian population. These value groups are typical for the European countries with more prosperous and happy populations and we can hypothesize that in Russia they are resource groups for the country advancement also.

Language: English
Keywords: Russian valuesvalue heterogeneity
Publication based on the results of: Between- and within-country value and opinion diversity(2015) 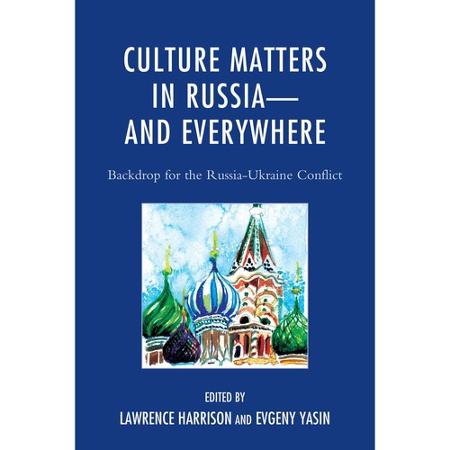 Culture Matters in Russia and Everywhere: Backdrop for the Russia-Ukraine Conflict
Lanham: Lexington Books, 2015.
Similar publications
The Stability Of The Value Typology Of Europeans: Testing Invariance With Confirmatory Latent Class Analysis
Rudnev M., Magun V., Schmidt P. Sociology. SOC. Высшая школа экономики, 2014. No. 51.
Unlike variable-centered measures, validity and stability of typologies have been rarely  studied. Magun, Rudnev and Schmidt [in review] developed a value typology of the  European population using data from the 4 th round of the European Social Survey. The  value classes showed heuristic power in the comparison of different parts of the European  population, countries in particular, enabling more differentiated interpretations in a  parsimonious way. The current paper tests the stability of this typology by extending the  study to three time points – consecutive surveys in 2008, 2010 and 2012. Conceptually,  this test coincides with measurement invariance testing. We reviewed the levels of  typology measurement invariance. Then, the invariance of the value typology of  Europeans was tested across three rounds of the ESS and it was found to hold configural  and partial invariance. The reliability of the value classes was supported by the stability  of country class probabilities across the time points as well. The correlations of the  country shares of the value classes with the economic development of countries are also  invariant at the three time points. The results imply that the value classification of  Europeans is not ad hoc, but reflects the natural structure of European societies, and can  be used in future studies
Ценностная гетерогенность населения европейских стран: типология по показателям Р.Инглхарта
Магун В. С., Руднев М. Г. Вестник общественного мнения. Данные. Анализ. Дискуссии. 2012. № 3-4. С. 12-24.
Within and Between-Country Value Diversity in Europe: Latent Class Analysis
Magun V., Rudnev M., Schmidt P. Sociology. SOC. Высшая школа экономики, 2012. No. 06/SOC/2012.
Country averages are the most popular instrument for studying cross-national variability of values, and within-country value diversity is rarely taken into consideration in such studies. Furthermore, traditional value indices only measure distinct value priorities, but do not allow researchers to grasp a system of value preferences. In order to find an alternative way to study within-country value diversity and cross-country differences, we employed latent class analysis (LCA). Respondents from the 33 European countries were classified on the basis of their responses to 21 items on the Schwartz Portrait Value Questionnaire. LCA resulted in six value classes. Five of these classes differ by their patterns of value preferences, and the particular feature of the largest class (38%) is the lack of any pronounced value preferences at all. The results showed that each of the 33 countries is internally diverse in its value class composition, and that most countries have representatives of all six value classes. At the same time, Nordic and Western European countries are substantively different from post-Communist and Mediterranean countries by their shares of various value classes. As a formal measure of within-country diversity we have used the value fractionalization index, which measures the evenness of membership distributions between classes. Nordic and Western European countries have higher fractionalization scores than post-Communist and Mediterranean countries. This means that value class distributions are more even in the Nordic and Western countries, which highlights the fact that higher fractionalization scores happen to coincide with country advancement. In Mediterranean and post-Communist countries, low value fractionalization means that the people are divided into unequal value majorities and value minorities, with a risk that the voices of minorities are not heard in the public space.
The Life Values of the Russian Population
Magun V., Rudnev M. Sociological Research. 2010. Vol. 49. No. 4. P. 3-57.

The present article is devoted to a comparison of today’s values of Russians with those of people living in the other countries of Europe. Many publications have broadly discussed the question of similarities and differences in the cultural and psychological characteristics of Russians and other Europeans, and these discussions represent part of a broader polemic concerning the paths of Russia’s development. New opportunities to make well-founded comparisons between the populations of Russia and other European countries have emerged because of our country’s participation in the European Social Survey (ESS), a largescale international project in which all of the participants have to work in accordance with strict methodological requirements.1 Russia joined this international project in the third round. Surveys in this round have been carried out in twenty-five European countries; they were launched in September 2006 and completed at the beginning of 2007. In Russia the survey took place in September 2006–January 2007, with 2,437 respondents taking part.

Vladimir Magun and Maxim Rudnev present the data of international comparative European Social Survey in 2006-2007 analyzing the values of Russian population in comparison with those of the inhabitants of 19 European countries. An average Russian as compared to the inhabitants of other countries is characterized by a higher caution (or even fear) and the need in protection by powerful State, the needs in novelty, creativity, freedom and independence are less expressed in average Russians, they are less inclined to taking risks and striving for merriment and pleasures. In terms of the importance of the enumerated values average Russians are like representatives of a number of other countries, primarily post-socialist ones. They aspire to wealth and power, as well as to personal success and social recognition (but creativity and innovation are less important for them). Strong orientation to individual self-assertion leaves in the consciousness of these people, as compared to the representatives of other countries, less space for concerning about equality and justice, tolerance, nature, for taking care of the close people (lower significance of the indicators of «universalism» and «goodwill»).