Terrorism is a complicated phenomenon, which manifests itself differently in various socio-cultural, economic and political contexts. It is generally characterized as an illegitimate use, or threat of use, of violence against individuals, vital infrastructure in society, or buildings which is intended to achieve sociopolitical goals through fear and destruction involving expected and or unexpected consequences. Our article will focus on female terrorism and the way it is framed in the Russian context. Moreover, we will review some ways of explaining women’s participation in Russian pre-revolutionary terrorism and in modern terrorist practices in post-Soviet Russia. We will discuss not only conclusions drawn by academics in their scholarly works, but also the paradoxes of public opinion and “common sense” that translate into judiciary practice and mass culture. 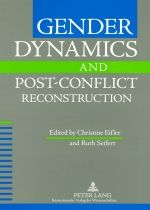