Democratization Challenged: The Role of the Regional Elites 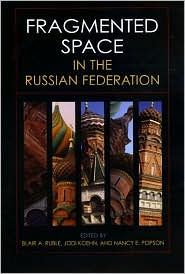 Fragmented Space in Russian Federation
Балтимор; Лондон: Johns Hopkins University Press, 2001.
Similar publications
How Multilevel Elite Loyalty Strengthens Electoral Authoritarianism: Evidence from Gubernatorial Elections in Russia
Sirotkina E., Karandashova S. Basic research program. WP BRP. National Research University Higher School of Economics, 2016. No. 36.
Maintain autocratic regimes is widely acknowledged to require elites loyalty. However, loyalty of which elites is more important to establish high voting for an autocrat? Basing on empirical evidence of gubernatorial election in Russia we explore how conflicts between the governor and the elites at municipal and regional levels affect incumbents election outcome. We find that conflicts between governors and the mayors of regional capitals have the only robust negative effect on both electoral result and turnout. Encouraging loyalty of these mayors secures smoother political machinery in the most electorally significant areas of the region (regional capitals) and thus has the most pronounced impact on the outcome of an electoral campaign
Политология -ХХI век: Политические ценности и политические стратегии
М.: Факультет политологии МГУ, 2013.
Inertia of the State Power Hierarchy; The Kremlin Loses Control of Regional Elites
Alexander Kynev Russian Politics and Law. 2016. Т. 54. № 4. С. 374-385.

Russian regional policy in 2015 was focused on the continued dismantling of the modest political reforms introduced during the Medvedev presidency. These changes were implemented in order to minimize the possibility of the emergence and strengthening of new independent political players, and the resultant institutional imbalance toward centralization at the regional level was merely a side effect of this effort. The net effect has been a major strengthening of the power of governors at the expense of all other political actors at the regional level. The governors' power will now only be checked by federal oversight

Accessing the degree to wgich regional elites influence Center's decisions is challeging given the non-transparent and informal nature of this relationship. Still, the information reviewed suggests something more complicated than the common image of an ever more centralized and hierarchical "vertical of power".

Th is article examines the transformation of the determinants of electoral behavior in the elections for the regional executive and legislative power until 2013. Th e author comes to the conclusion that the instrumental model of the explanations of electoral behavior in the elections for the Legislative Assembly is not functional in the analysis of recent election cycles. At the same time, the voting in the gubernatorial elections, earlier explained by ideological identifi cation, has close connection with socio-economic models. Finally, the author provides several key explanations of this transformation: the volatility of electoral preferences, the restrictions of voters in assessing the benefi ts and costs of choice and the infl uence of informal institutions and practices on the regional election process.

A political scientist examines how regional elites shape the electoral fortunes of Russia’s hegemonic party, United Russia (UR). Using original data on regional legislative elections from 2003 to 2011, we show that UR performs better in those regions where regional governors control strong political machines. Russia’s leadership undercut its own electoral strategy by replacing popular elected governors with colorless bureaucrats who struggled to mobilize votes on behalf of United Russia. This is one of the reasons for United Russia’s poor performance in recent elections.