Russian attributive constructions with colour terms are analyzed using the Russian National Corpus. We focus on recently emerging colour terms and their development through to the early twenty-first century. Terms are considered in a construction-based framework, as syntactic-semantic rule pairs, with the emphasis on dynamics in their taxonomic combinability. This is exemplified by constructions denoting the brown category: names for objects, having similar referential meaning, collocate exclusively with one of the contending colour terms, buryj (older) or koričnevyj (newer). We argue that constraints on the usage of a colour term reflect a taxonomic boundary between two classes: the older term applies to natural objects whereas its new rival initially applies to artefacts, later expanding to natural objects. This finding indicates that discourse functioning of emerging colour terms is driven by the cognitive concept of ‘naturalness’. Combinability with nouns from both taxonomic classes is suggested as a supplementary linguistic criterion of colour term basicness. 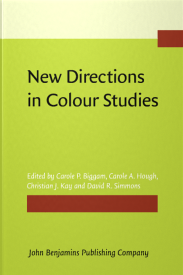