by year
Subject
News
Research Determines Best Locations for Organic Dairy Farming in Russia
Russia has recently launched an organic farming initiative; a new Law on Organic Products came into effect in the early 2020. An important first step in assessing the potential for this subsector has been to identify the most suitable locations for its development. According to researchers of the HSE Institute for Agrarian Studies and the RAS Institute of Agrarian Economics and Rural Development, provinces located in the country’s northern non-black earth areas – in the Northwest and in the Northeast of Russia’s European region – have the best potential. The study is published in Agriculture Digitalization and Organic Production.
‘I Want to See Studies Emanating from Africa Contributing Substantially to Cognitive Science
Abdul-Raheem Mohammed from Ghana has recently defended a PhD dissertation in cognitive psychology at HSE University via remote procedure. Abdul-Raheem and his academic supervisor, Dmitry Lyusin, talked to the HSE News Service about their cooperation, the advantages and complications of remote PhD defence at HSE University, and the prospects of cognitive science in African countries.
HSE Neural Interface Technology to Be Introduced in Hospitals
The Federal Brain and Neural Technology Centre at the Federal Medical and Biological Agency is launching the Laboratory of Medical Neural Interfaces and Artificial Intelligence for Clinical Applications, which has been created by employees of HSE University. Read below to find out about the Laboratory and its objectives.

The article constitutes a part of author’s studies on regions and mental geography of the Russian empire. The military actions within own territory normally produce a dramatic and long impact on the spatial imaginations. The Crimean war with its center in newly incorporated New Russia has helped to include this region to the mental maps as the Russian space. The article shows the new symbolic geography formation. It also analyses the efforts of propaganda aimed at maintaining the imperial durability. A special attention is paid to the state militia. The citizen soldiers – nobles and law classes representatives – had the unique opportunity to visit a number of regions. For the inhabitants of Central Russia the border with Little Russia was essential. The perception of Jews has demonstrated xenophobia long before pogroms. Although the authorities had enough reasons to be afraid of separatism, the final conclusion was that the imperial construction is rather healthy. As a result of such a conclusion an elaboration of this construction hasn’t become a part of common program of reforms in Russia. The author used unpublished documents, in particular those preserved in Kiev. The article is a part of the most significant recent international project on the Crimean war. The English translation of the article is published in USA. 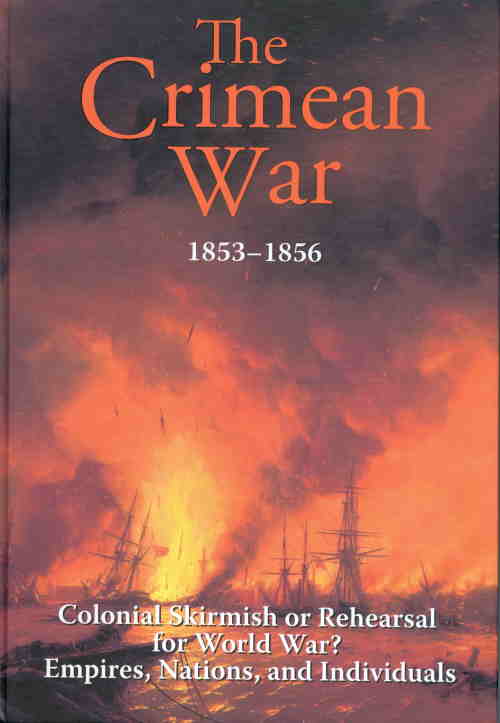