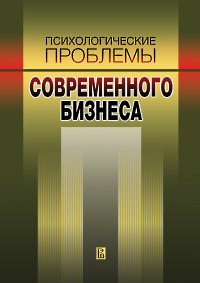 This paper is devoted to the analysis of mergers and acquisitions in Russia. Using the statistical  and econometric methods the estimation of macroeconomic and industry factors influence on the  intensity of mergers and acquisitions processes by sectors of Russian industry is carried out. As  a result the relationship between the activity of the redistribution process of the corporate control  rights and some industry characteristics such as an involvement into the foreign trade, the relative  industry size, the concentration of production is revealed.

Слияние и поглощение как спасательный круг
Чугунова К. А. В кн.: Молодая наука: актуальные проблемы инновационного потенциала. СПб.: Петрополис, 2011. С. 118-121.
Antecedents and Consequences of Organizational Commitment Among Russian University Teachers
Lovakov A. Psychology. PSY. Высшая школа экономики, 2014. No. WP BRP 30/PSY/2014.
The aim of this study is to examine the specific antecedents and consequences of the commitment of university teachers to their university. Academia has specific features that distinguish universities from other types of organizations: universities have the opportunity to hire their own graduates (academic inbreeding); university teachers are able to work in several higher education institutions or combine teaching with work in business; university teachers have the opportunity to combine several professional roles (teaching, administrative work, research, etc.); university teachers have several options to change their job; publication activity is an important indicator of the efficiency and competitiveness of university teachers. This study is an online survey of 317 teachers of different disciplines from several types of state higher education institutions from different regions of Russia. The results of the regression analysis show that antecedents of affective commitment include belonging to a group of insiders (working in university from which they graduated), having an additional administrative position, role clarity, and role conflict. Structural equation modelling shows that an additional administrative position had a direct positive effect and an indirect negative effect (through role conflict) on the affective commitment to the university. Having work experience at another university predicts only a normative commitment to the university. The affective component of commitment to the university was a better negative predictor of the intention to leave the position, profession and institution. No components of the commitment predict publication activity.
The Global Seed Market, Competition Law and Intellectual Property Rights: Untying the Gordian Knot
Lianos I., Ivanov A., Dmitry Katalevsky. CLES Research Paper Series. G34, K10, K21, L4, L40, Q10, Q13, Q18. Centre for Local Economic Strategies (CLES), 2016
The paper explores the competition dynamics of the global seed market. It documents the growth strategies of the major seed companies, in particular their M&A activity and their reliance on complex intellectual property strategies in order to offer a one stop shop solution to farmers. Recent merger activity in this sector (the Monsanto bid to buy Syngenta, the DuPont and Dow merger deal, ChemChina’s bid to buy Syngenta) illustrates its rapid transformation from an already concentrated industry to a tight oligopoly on a global scale. The increasing global consolidation of this industry raises new challenges for competition law enforcement authorities dealing with the emergence of new powerful actors at the factor of production (input) level, in view of the broader concerns animating public policy in the food sector and the existence of a nexus of international commitments for biodiversity, sustainability, the right to food etc. By exploring this under-studied but fascinating area of competition law enforcement we open the debate over the inclusion of broader public interest concerns in competition policy and the consideration of its distributive impact from a global perspective.
Характеристика сделок по слиянию и поглощению на страховом рынке России
Тарасова Ю. А. В кн.: Теоретические и прикладные исследования экономики и экономической политики: сборник научных трудов. СПб.: Издательство Политехнического университета, 2013. С. 75-86.

This study identifies how country differences on a key cultural dimension—egalitarianism— influence the direction of different types of international investment flows. A society's cultural orientation toward egalitarianism is manifested by intolerance for abuses of market and political power and a desire for protecting the weak and less powerful actors. We show egalitarianism to be based on exogenous factors including social fractionalization, dominant religion circa 1900, and war experience from the 19th century era of state formation. Controlling for a large set of competing explanations, we find a robust influence of egalitarianism distance on cross-national investment flows of bond and equity issuances, syndicated loans, and mergers and acquisitions. An informal cultural institution largely determined a century or more ago, egalitarianism exercises its effect on international investment via an associated set of consistent contemporary policy choices. But even after controlling for these associated policy choices, egalitarianism continues to exercise a direct effect on cross-border investment flows, likely through its direct influence on managers’ daily business conduct.

Business English II: учебно-методическое пособие по деловому английскому языку
Gridneva N. N. St. Petersburg: OOP, 2011.
This study guide, being a logical continuation of the book by N.Gridneva and S.Solntsev ‘Business English’, is for the students of non-linguistic departments who study Business English. Its structure consists of several sections including a text on one of the five topics, a series of pre- and after-reading tasks on its understanding, and also a range of various vocabulary and grammar exercises. This book helps students work on the topics more profoundly either in class or all by themselves. Besides, it can be also useful for all people studying Business English.
The Warren Buffett Philosophy of Investment: How a Combination of Value Investing and Smart Acquisitions Drives Extraordinary Success
Chirkova E. V. NY: McGraw-Hill Education, 2015.

Many books have been written about Warren Buffett’s value-investing strategy, and volumes more have been written about becoming a top-tier value investor. Even so, no one can touch the success Warren Buffett has achieved. Why? In this revealing examination of Buffett’s success, practitioner, professor, and bestselling author Еlena Chirkova proposes the key to replicating his achievements is found in his acquisition practices as well as his investment strategy.

In The Warren Buffett Philosophy of Investment, she looks at the man in full to piece together the framework leading to his unmatched wealth-generating prowess. The cornerstone of her study goes beyond investment theory to show Buffett’s core wealth drivers are his philosophies behind Berkshire Hathaway. From his decision to create a joint stock company (instead of a mutual fund) to his hands-off policy with acquired companies to making himself a brand-name of mergers and acquisitions―she illustrates an intimate portrayal of Buffett operating behind the scenes by piecing together his career with scholarly diligence and scrutiny. Even well-read Buffett followers gain fresh insight into the man by discovering:

Where his divergence from the principals of Ben Graham and Philip Fisher make him a superior investor Why his unorthodox perspective on the financial markets keep him ahead of the curve How his vision of risk, interpretation of volatility, and scepticism about investing in technology companies are interconnected What he sees as the critical problems of corporate finance

Additionally, readers are treated to extraordinary coverage of how Buffett strategically set up Berkshire Hathaway to suit his personal long-term investment strategy and provide almost cost-free leverage. See how Buffett’s singular acquisition tactics and portfolio investments earned Berkshire Hathaway the distinction as “the right home for the right people,” which gives him access to deals unobtainable by other companies and investors.

You’re only investing with half a strategy until you take your value investing to the next level with The Warren Buffett Philosophy of Investment.