The present paper deals with the problem of omnipotence in the context of an original version of possible worlds ontology developed by Alvin Plantinga. His conception of “de re” and “de dicto” is analyzed in connection with the problems of essentialism and transworld identification. Using the notion of TWD (“transworld depravity”) Plantinga claim to solve the logical problem of evil, this solution being the part of his famous FWD (“free will defense”) program. Plantinga’s strategy is to confine the notion of omnipotence step by step with rational arguments. But some of his technical concepts are not clear-cut enough and some of his philosophical speculations are rather scholastic. 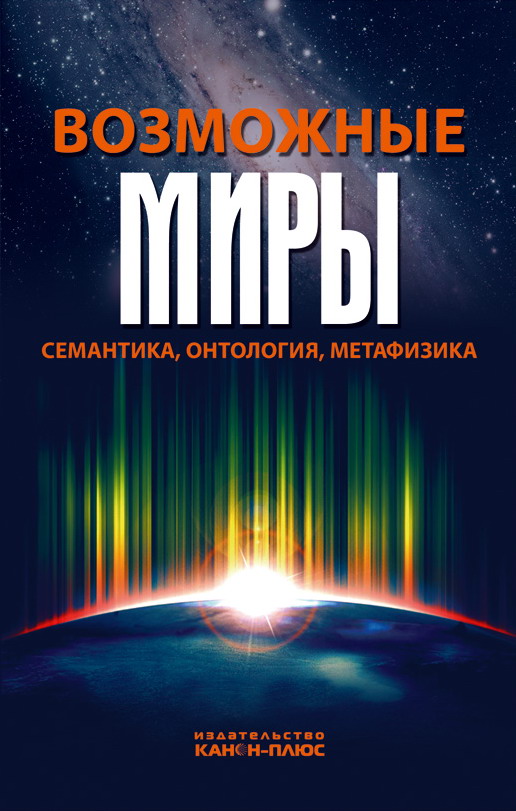 Возможные миры. Семантика, онтология, метафизика
Edited by: Е. Г. Драгалина-Черная М.: Канон+, 2011.
Similar publications
Omnipotence as a Perfection of God
Gorbatova Y. V. Humanities. HUM. Basic Research Programme, 2012. No. 09.
This article deals with  the  concept of omnipotence, which is very  important for  contemporary analytic philosophy  of religion. Within the analytic tradition it is usual to  show  an apparent tension between God’s omnipotence and other divine attributes. In response, some authors have proposed their own ideas on how the classical problems of omnipotence can be solved in terms of possible worlds theory. In this paper we consider the approaches developed by Geach, Adams and Plantinga. While admitting that each of them has made a significant contribution to the refinement of the concept of omnipotence, we point out a number of important challenges that these authors were not able to overcome.
Advances in Reasoning-Based Image Processing Intelligent Systems: Conventional and Intelligent Paradigms, Series on Intelligent Systems Reference Library
Edited by: R. Kountchev, K. Nakamatsu. Vol. 29: Series on Intelligent Systems Reference Library. Heidelberg: Springer, 2012.

We describe a novel method for the analysis of research activities of an organization by mapping that to a taxonomy tree of the field. The method constructs fuzzy membership profiles of the organizationmembers or teams in terms of the taxonomy’s leaves (research topics), and then it generalizes them in two steps. These steps are: (i) fuzzy clustering research topics according to their thematic similarities in the department, ignoring the topology of the taxonomy, and (ii) optimally lifting clusters mapped to the taxonomy tree to higher ranked categories by ignoring “small” discrepancies. We illustrate the method by applying it to data collected by using an in-house e-survey tool from a university department and from a university research center. The method can be considered for knowledge generalization over any taxonomy tree.

This article deals with the concept of omnipotence very important for contemporary analytic philosophy of religion. Within the analytic tradition it is usual to uncover an apparent tension between God’s omnipotence and other divine attributes. In response, some authors have proposed their own ideas on how classical problems of omnipotence can be solved in terms of possible worlds theory. In this paper we aim to consider the approaches developed by Geach, Adams and Plantinga. While admitting that each of them has made a significant contribution to the refinement of the concept of omnipotence, we still point out a number of important challenges that these authors were not able to overcome.

In this paper authors wish to present an approach to information modeling and software design suitable for developing evolvable semantic applications in the domain of research team formation. The novel proposals include specialization of generic paradigm of ontological engineering, specific types of machine-readable RDF ontologies and application of temporal look at information relevant for team formation. In order to validate theoretical approach a software prototype of the evolvable web-based semantic platform InfoPort was developed.

This article provides an analysis of philosophical background of two-dimensionalism in general and some its particular variants. The paper demonstrates that two-dimensionalism should be treated not as artificial addition to conventional possible worlds semantics but as its natural generalization. It is also shown how ontological and epistemological problems (the correlation between primary and secondary intensions, apriority and necessity, the nature of «mixed» truths etc.) could be converted into pragmatic ones.

Why Don't 2D Jokes Fall Flat? A Two-dimensional Interpretation of Russell's Joke about the yachts
Gorbatov V. Humanities. HUM. Basic Research Programme, 2016. No. 131.
In recent critical comments on “On Denoting”, Saul Kripke says that Russell's famous analysis of joke about yachts in terms of degrees and graded positives is incorrect. His criticism has given rise to a number of issues related to interpreting cross-world comparisons like “Х might have been greater than it is” in doxastic contexts like “John believes that P”. The main goal of this paper is to compare two approaches to cross-world predication in intensional contexts. One is Wehmeier’s subjunctive modal framework which distinctive feature is the use of two explicit mood markers. The other is Chalmers’s generalized epistemic two-dimensionalism, based on the idea of assigning all our expressions two kinds of intensions. Despite the fact that these approaches have of lot in common, they provide different interpretations of belief reports about cross-world comparisons. I argue that epistemic 2D framework is philosophically more relevant here than subjunctive markers approach.
Параллелизм между витгенштейнианской и аристотелианской онтологиями
Вольневич Б. В кн.: Трансцендентное в современной философии: направления и методы. СПб.: Алетейя, 2013. С. 326-339.