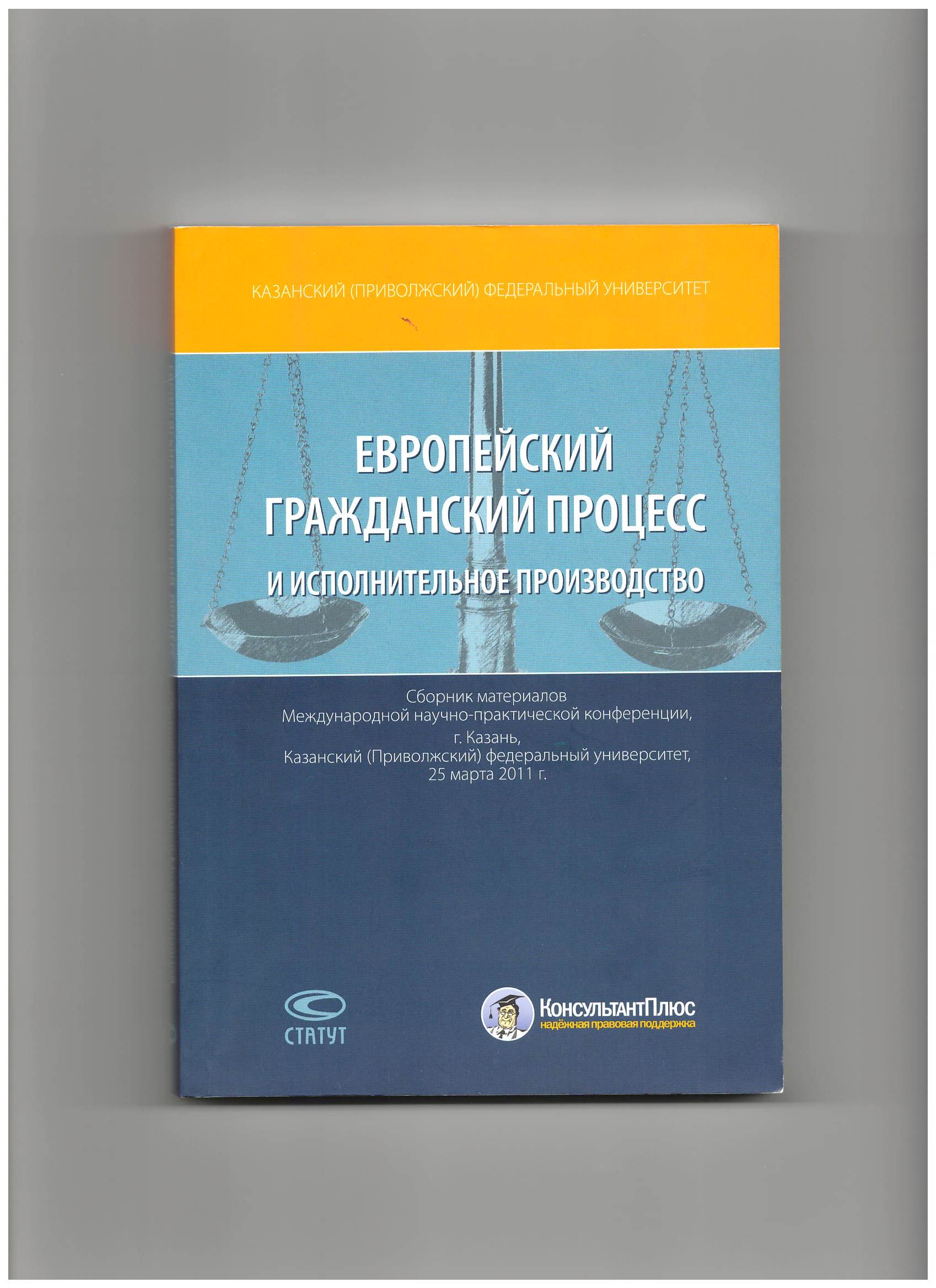 The chapter is devoted to warranties and procedures for the participation of persons and legal entities in their relations with the public administration agencies.

Формирование и развитие инновационной экономики: Материалы международной научно-практической конференции
Н. Новгород: Нижегородская государственная сельскохозяйственная академия, 2010.
The Economic Returns to Higher Education in the BRIC Countries and their Implications for Higher Education Expansion
Carnoy M., Loyalka P., Androushchak G. et al. Education. EDU. Высшая школа экономики, 2012. No. 02.
This paper focuses on the changing economic value of secondary and higher education in four potential world economic powerhouses—Brazil, Russia, India, and China—known as the BRIC countries. We show that in the past twenty-five years in the BRIC countries, changes in rates of return to higher education have not conformed to the diminishing returns to capital theory, which says that rates decline with level of education and that this pattern holds as countries develop economically and educationally. The rates to university completion have generally risen relative to the rates to investment in lower levels of education, and in all but India are now higher than the payoff to secondary schooling. We argue that this reflects the rapid economic change in all four countries, including their incorporation into the global economy, and, in Russia and China, the transformation from command to increasingly market economies.
Суды и современные информационные технологии
Терещенко Л. К. В кн.: Правосудие в современном мире. М.: НОРМА, 2012. Гл. 17. С. 434-448.
Exploring innovation modes of Russian companies: what does the diversity of actors mean for policymaking?
Gokhberg L., Kuznetsova T., Roud V. Science, Technology and Innovation. WP BRP. Высшая школа экономики, 2012. No. 01.
Recent studies of innovation behavior characteristics focus on analysis of microdata (enterprise level) as the key instrument to reveal facts and hypotheses describing the innovation activities under diverse economic, political and infrastructural conditions. This paper applies the state-of-the-art innovation modes approach [OECD, 2008] to provide insights on the Russian innovation environment, highlighting the variation of innovation strategies across sectors of Russian industry. Cross-country comparison based on the OECD data and Russian firm-level findings is presented along with the discussion of possible development of systemic instruments and evidence-based methods for policymaking.
Тенденции развития английского гражданского процессуального права после принятия Правил гражданского судопроизводства
Кудрявцева Е. В. Вестник гражданского процесса. 2012. № 2. С. 173-185.
In the course of the article the author analyzes main trends of English civil procedure after the adoption of the new Code of procedure, dealing especially with issues related to the introduction of e-justice and the improvement of alternative dispute resolution.