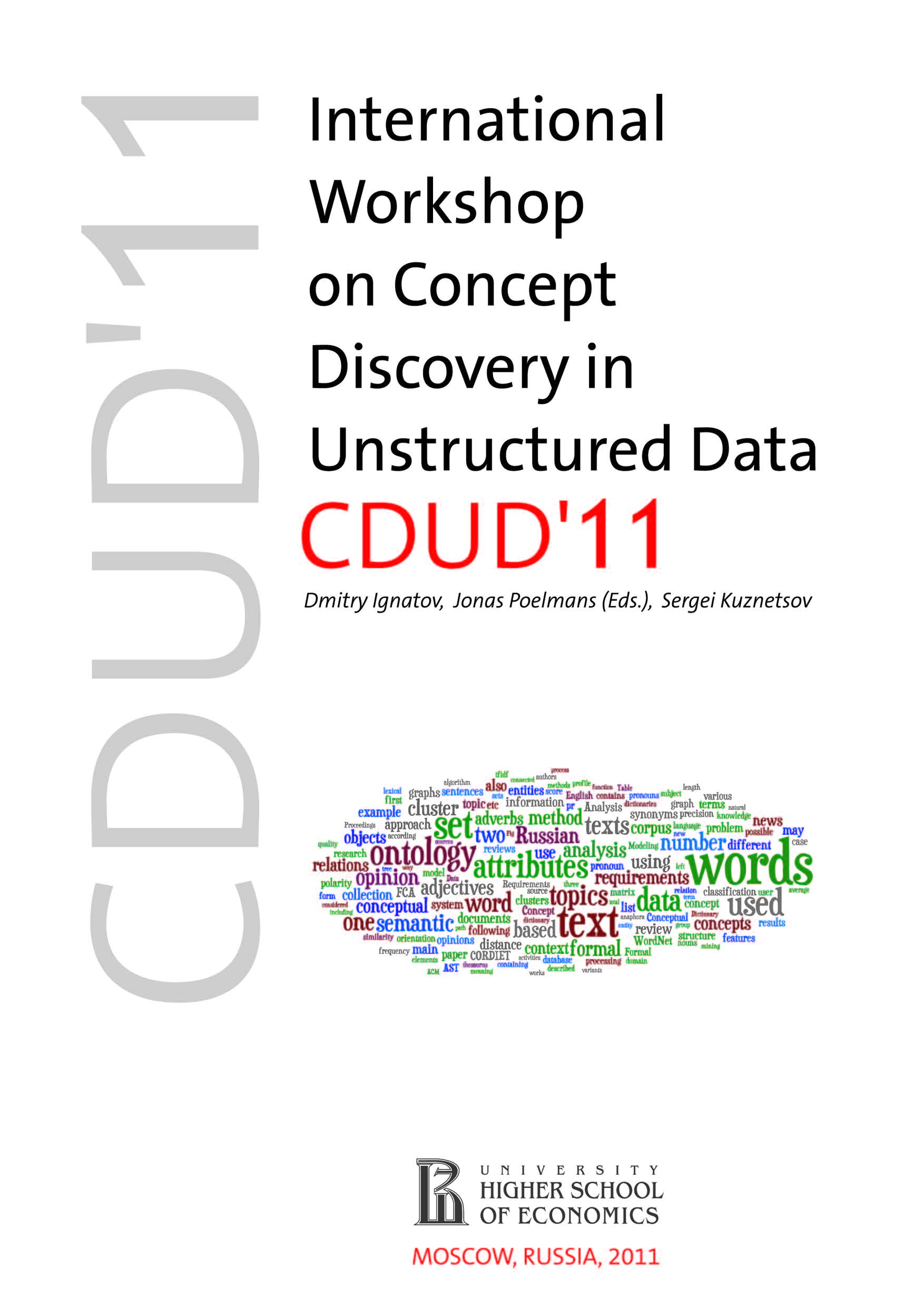 A new cross-validation technique to evaluate quality of recommender systems
Ignatov D. I., Poelmans J., Dedene G. et al. Lecture Notes in Computer Science. 2012. Vol. 7143 LNCS. P. 195-202.
The topic of recommender systems is rapidly gaining interest in the user-behaviour modeling research domain. Over the years, various recommender algorithms based on different mathematical models have been introduced in the literature. Researchers interested in proposing a new recommender model or modifying an existing algorithm should take into account a variety of key performance indicators, such as execution time, recall and precision. Till date and to the best of our knowledge, no general cross-validation scheme to evaluate the performance of recommender algorithms has been developed. To fill this gap we propose an extension of conventional cross-validation. Besides splitting the initial data into training and test subsets, we also split the attribute description of the dataset into a hidden and visible part. We then discuss how such a splitting scheme can be applied in practice. Empirical validation is performed on traditional user-based and item-based recommender algorithms which were applied to the MovieLens dataset.
Analysing Online Social Network Data with Biclustering and Triclustering
Gnatyshak D. V., Ignatov D. I., Semenov A. et al. In bk.: Concept Discovery in Unstructured Data. 2nd International Workshop, CDUD 2012, Leuven, Belgium, May 2012, Proceedings. Iss. 871. Leuven: Katholieke Universiteit Leuven, 2012. P. 30-39.

This article represents a new technique for collaborative filtering based on pre-clustering of website usage data. The key idea involves using clustering methods to define groups of different users.

Improving Quality Of Service For Radio Station Hosting: An Online Recommender System Based On Information Fusion
Ignatov D. I., Nikolenko S. I., Abaev T. et al. Management. MAN. Высшая школа экономики, 2014. No. 31.
We present a new recommender system developed for the Russian interactive radio network FMhost. The system aims to improve the quality of this service; it is designed specifically to deal with small datasets, overcoming the shortage of data on observed user behavior. The underlying model combines a collaborative user-based approach with information from tags of listened tracks in order to match user and radio station profiles. It follows an adaptive online learning strategy based on both user history and implicit feedback. We compare the proposed algorithms with industry standard methods based on Singular Value Decomposition (SVD) in terms of precision, recall, and Normalized Discounted Cumulative Gain (NDCG) measures; experiments show that in our case the fusion-based approach produces the best results.
International Conference on Educational Data Mining (EDM) 2011. Proceedings of the 4th International Conference on Educational Data Mining. Eindhoven, 6-8 July, 2011
Edited by: M. Pechenizkiy, T. Calders, C. Conati et al. Eindhoven: Eindhoven University of Technology, 2011.

The 4th International Conference on Educational Data Mining (EDM 2011) brings together researchers from computer science, education, psychology, psychometrics, and statistics to analyze large datasets to answer educational research questions. The conference, held in Eindhoven, The Netherlands, July 6-9, 2011, follows the three previous editions (Pittsburgh 2010, Cordoba 2009 and Montreal 2008), and a series of workshops within the AAAI, AIED, EC-TEL, ICALT, ITS, and UM conferences. The increase of e-learning resources such as interactive learning environments, learning management systems, intelligent tutoring systems, and hypermedia systems, as well as the establishment of state databases of student test scores, has created large repositories of data that can be explored to understand how students learn. The EDM conference focuses on data mining techniques for using these data to address important educational questions.