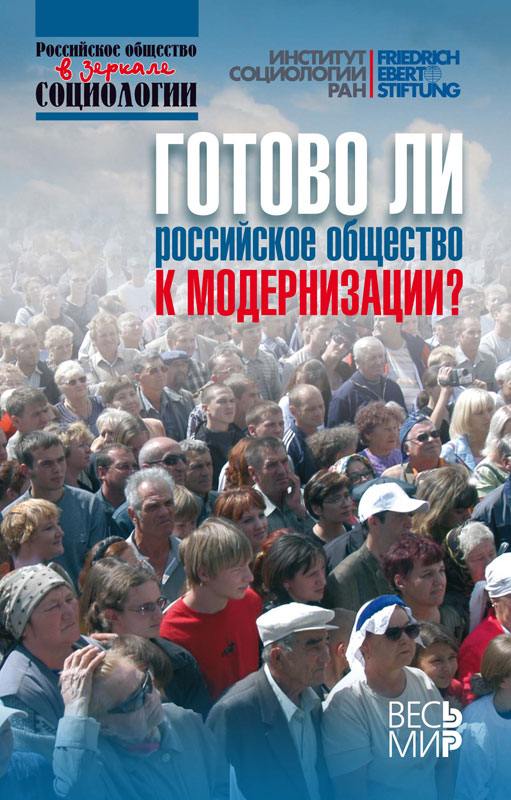 Готово ли российское общество к модернизации?
М.: Весь мир, 2010.
Similar publications
Технологическая модернизация промышленности России: отраслевой анализ
Медовников Д. С., Виньков А. А., Имамутдинов И. Н. и др. В кн.: Модернизация России: условия, предпосылки, шансы. Сборник статей и материалов. Выпуск 1. Вып. 1. М.: Центр исследований постиндустриального общества, 2009. С. 161-240.
Петр Струве: Великая Россия, или Утопия, так и не ставшая реальностью
Кантор В. К. Вестник Русской христианской гуманитарной академии. 2010. Т. 11. № 4. С. 161-178.
Ключевые проблемы модернизации информационного пространства судебной системы России в условиях реализации Стратегии развития информационного общества
Ниесов В. А. М.: ИНИОН РАН, 2011.
Динамика промышленного производства и экономический цикл в СССР и России, 1861–2012
Смирнов С. В. Количественный анализ в экономике. WP2. Высшая школа экономики, 2012. № WP2/2012/04.
The trajectory of the industrial output of the Russian empire – the USSR – the Russian Federation for more than 150 years has been carefully investigated through official statistics as well as dozens of alternative estimates made by Russian and foreign experts. Calculation of the aggregated “consensus” industrial production index has made it possible to date the cyclical turning points and to measure the depth and length of the main industrial recessions for the last century and a half. The most important causes of all these recessions are described. The cyclical volatility of Russian industry is compared with the cyclical volatility of American industry.
Successful aging: a cross-national study of subjective well-being later in life
Zelikova Y. A. Sociology. SOC. Высшая школа экономики, 2013. No. 21.
This paper aims to identify and analyze the life course and contextual factors that influence the subjective well-being (SWB) of individuals over 60 years of age. Our research is based on the results of the 5th wave of the World Value Survey. We have investigated the level of SWB for older people at both the individual and country level. The results of our research demonstrate that the strongest predictors of SWB later in life are satisfaction with one’s financial state, health, and a sense of control, meaning the belief that individuals are in control of their lives. Besides this, the important factors of SWB for older people are the ability to establish and maintain friendly relations with other people, such as family members and friends, and to invest their own resources in positive emotions and important relationships for themselves. Older people from ex-communist countries have the lowest level of SWB. Older people from English-speaking countries, such as the United States, Canada, New Zealand, and the United Kingdom, have, by contrast, the highest level of SWB. These results suggest that the degree of modernization influences SWB levels very strongly. For older people, the country in which they live, the level of democracy, GDP per capita, freedom, and tolerance are very important. In contemporary society, the later period of life is a time for self-realization, new activities, new leisure, and new emotions. If society understands the needs of older people and provides opportunities for their realization, society can overcome the challenges caused by population aging. Only then can we discuss the concept of ‘successful aging’.
Integration or regionalization: regional industrial specialization in Russia
Golovanova S. Economics Working Paper. UCL SSEES Centre for Comparative Economics, 2010. No. 108.