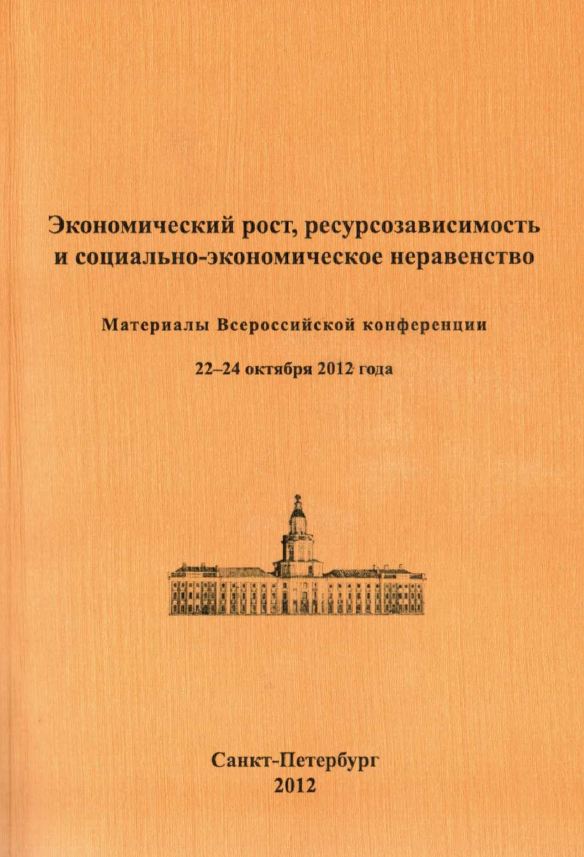 Using the Rosstat panel data for the 2001-2008 period we estimate the gravity model of migration between Russian regions. We show that though the migration flows have been quite stable, their determinants have changed substantially. Special attention is drawn to the role of distance between the regions. So far we have found out that social and economic factors are affecting migration between nearby regions. Yet our attempts to model the flows between distant (>500 km) places have lead to very poor goodness of fit.

Мал золотник, да дорог. Зачем сравнительной политологии российские регионы?
Ткачева Т. Ю. Политическая наука. 2017. № 4. С. 284-295.
Российская модель федерализма. Проблемные точки и возможность модернизации
Переверзева О. Е. В кн.: Россия в современном мире. Т. 10. М.: ИНИОН РАН, 2012.
Дискуссионные площадки в российских регионах: проблемы обсуждения политических и экономических вопросов
Соболева И. В. В кн.: XIII Международная научная конференция по проблемам развития экономики и общества. В 4 кн. Кн. 4.. Кн. 4. М.: Издательский дом НИУ ВШЭ, 2012. С. 106-114.
Russia’s regions: governance and Well-being, 2000-2008
Akhmedjonov A., Ilina I. N., Leonard C. S. et al. Economics/EC. WP BRP. Высшая школа экономики, 2013. No. 42.
This paper assesses the impact of the quality of governance on economic performance in  Russia’s 83 regions (Oblasts, Republics, Krais and Okrugs) from 2000 to 2008, a period of rapid  economic advancement. Defining governance broadly as how authority is exercised, and using as  a proxy a measure of the investment risk by region, this paper contributes to the literature on  identifying the economic impact of governance. Our results find a significant association  between governance in Russia’s diverse regions and economic well-being, that is, we find a  performance gap in government practices. Specifically, our study shows that the main  components of effective governance are the ability of the government to run effective public  health programs aimed at decreasing the overall mortality rate among the working-age  population, to create fair labor market conditions for all individuals who are still capable of  working, and to improve the investment climate in the region leading to a higher level of  investment in fixed assets. Our results implicitly suggest that effective governance comprises the  tangible aspects of policymaking such as the adoption of effective public health, investment and  labor policies and most importantly, for the regions of Russian Federation, although effective  governance can be also an artifact of unobserved and unmeasurable managerial attributes of the  local government to implement federal and region level laws and regulations.