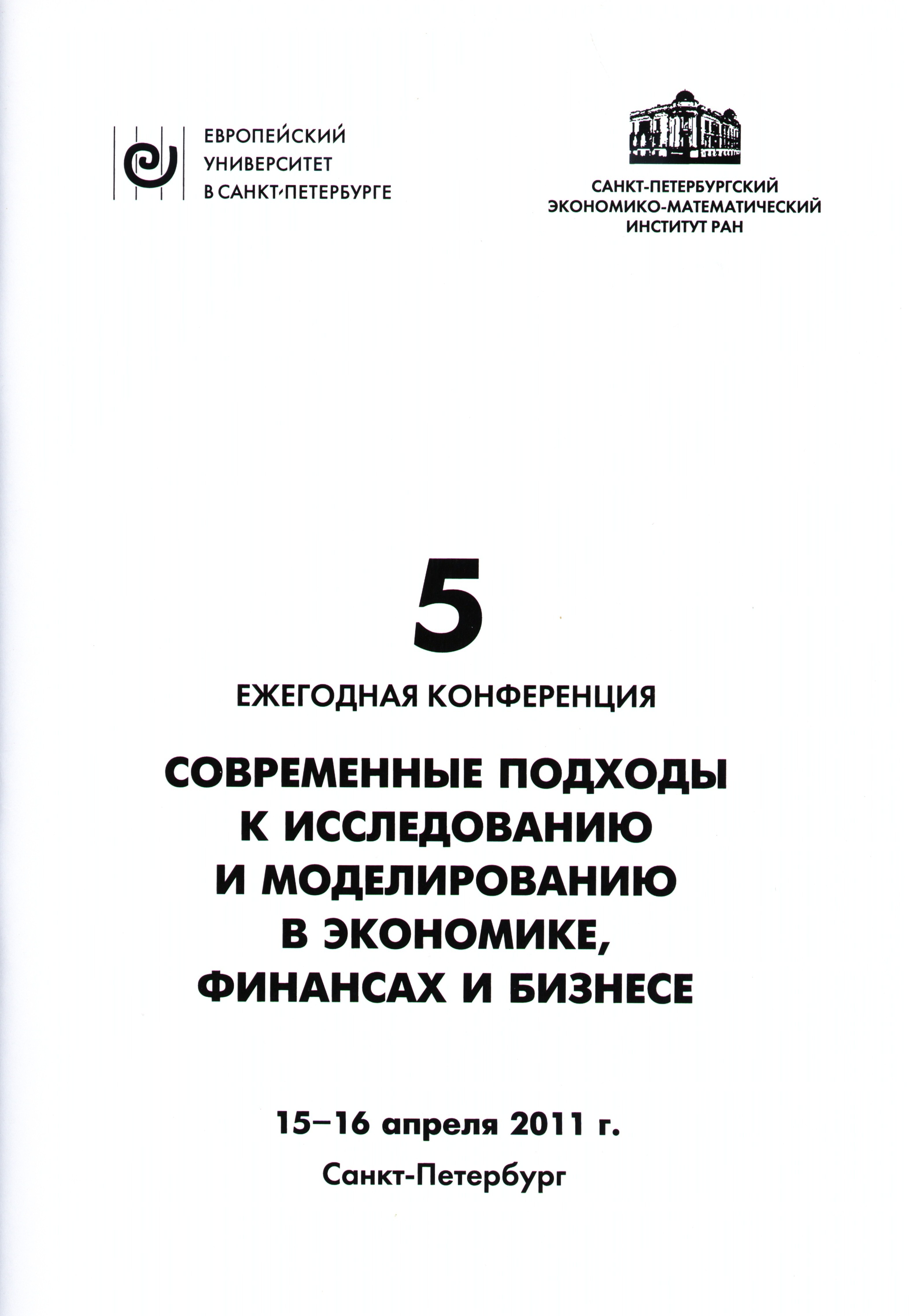 Современные подходы к исследованию и моделированию в экономике, финансах и бизнесе: Материалы 5-й Ежегодной конференции Европейского университета в Санкт-Петербурге и Санкт-Петербургского экономико-математического института РАН
Вып. 5. СПб.: Европейский университет в Санкт-Петербурге, 2011.
Similar publications
Regression Tree Model for Analysis of Demand with Heterogeneity and Censorship
Ozhegov E. M., Ozhegova A. Economics/EC. WP BRP. Высшая школа экономики, 2017. No. WP BRP 174/EC/2017.
In this research we analyze new approach for prediction of demand. In the studied market of  performing arts the observed demand is limited by capacity of the house. Then one needs to account for demand censorhip to obtain unbiased estimates of demand funnction parameters. The presence of consumer segments with dierent purposes of going to the theatre and willingness-to-pay for performance and ticket characteristics causes a heterogeneity in theatre demand. We propose an estimator for prediction of demand that accounts for both demand censorhip and preferences heterogeneity. The estimator is based on the idea of classiffication and regression trees and bagging prediction aggregation extended for prediction of censored data. Our algorithm predicts and combines predictions for both discrete and continuous parts of censored data.We show that our estimator performs better in terms of prediction accuracy compared with estimators which accounts either for censorship, or heterogeneity only. The proposed approach is helpful for finding product segments and optimal price setting.
Proceedings of the 2016 Future Technologies Conference
IEEE, 2017.
Exponential machines
Novikov A., Trofimov M., Oseledets I. stat :: arxiv :: Cornell University. stat :: arxiv :: Cornell University. stat :: arxiv :: Cornell University, 2017
Modeling interactions between features improves the performance of machine learning solutions in many domains (e.g. recommender systems or sentiment analysis). In this paper, we introduce Exponential Machines (ExM), a predictor that models all interactions of every order. The key idea is to represent an exponentially large tensor of parameters in a factorized format called Tensor Train (TT). The Tensor Train format regularizes the model and lets you control the number of underlying parameters. To train the model, we develop a stochastic version of Riemannian optimization, which allows us to fit tensors with 2^30 entries. We show that the model achieves state-of-the-art performance on synthetic data with high-order interactions.
Модели анализа кредитоспособности заемщиков
Хасянова С. Ю., Едронова В. Н. Финансы и кредит. 2002. № 6. С. 9-15.
Современные проблемы и тенденции компьютерной лингвистики
Толдова С. Ю., Ляшевская О. Н. Вопросы языкознания. 2014. № 1. С. 120-145.

Breaking Sticks and Ambiguities with Adaptive Skip-gram
Bartunov S., Кондрашкин Д. А., Osokin A. et al. Computation and language. arXiv:1502.07257. Arxiv.org, 2015
Recently proposed Skip-gram model is a powerful method for learning high-dimensional word representations that capture rich semantic relationships between words. However, Skip-gram as well as most prior work on learning word representations does not take into account word ambiguity and maintain only single representation per word. Although a number of Skip-gram modifications were proposed to overcome this limitation and learn multi-prototype word representations, they either require a known number of word meanings or learn them using greedy heuristic approaches. In this paper we propose the Adaptive Skip-gram model which is a nonparametric Bayesian extension of Skip-gram capable to automatically learn the required number of representations for all words at desired semantic resolution. We derive efficient online variational learning algorithm for the model and empirically demonstrate its efficiency on word-sense induction task.
Тезисы докладов 12-й Международной конференции Интеллектуализация обработки информации
Edited by: В. Стрижов М.: Торус Пресс, 2018.