William H. Gass and the (Un)popularity of Words as Music

Throughout his career as short prose writer, novelist, essayist, and professor of philosophy, William H. Gass (1924-2017) retained a consistent and well-integrated system of aesthetic values. His formalist commitments, which determined his reputation as a radical postmodern innovator in American letters in the 1960s and 1970s, were recognized as highbrow conservatism during the 1980s. This chapter seeks a connection between Gass’s concept of literary musicality and the overall unpopularity of his difficult writing with broad readerships, an unpopularity which reflects his articulated reservations about popular culture. The formalist tenets of Gass’s 1996 essay “The Music of Prose” and the musical indices of his fiction are considered alongside similar aspects of Edgar Allan Poe’s poetics, which Aldous Huxley once dismissed as too vulgar to be musical. Unlike Poe, Gass appears to avoid the danger of being remediated in popular songs and comics through his deliberate style, his undermining of subject matter, and the lack of a marketable mystery concerning his life. 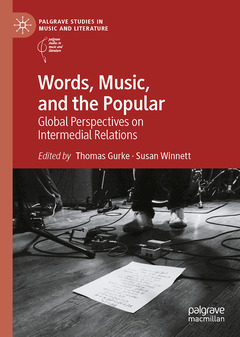