Strategies of the Social Network Immunization: An Experience of an Investigation by Simulation Tools

The paper considers the issues of preventing the spread of harmful information in the social networks and suggests using simulation tools to develop various strategies that reduce the risk of this information diffusion. The authors put forward requirements for a simulation system to solve such problems, provide information on the developed software and then consider its functionality using the dynamic immunization strategy as an example. 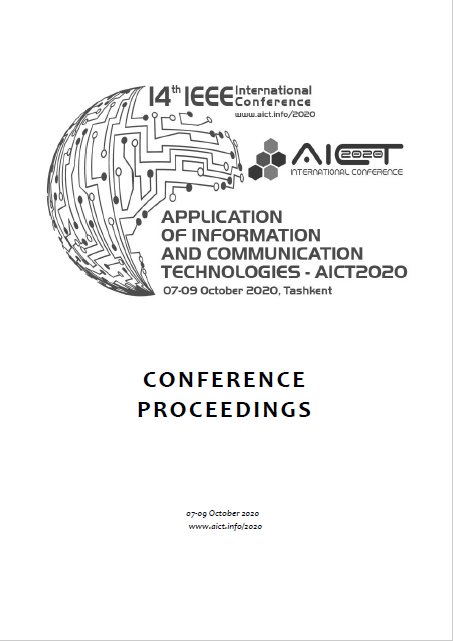 2020 IEEE 14th International Conference on Application of Information and Communication Technologies (AICT)
IEEE, 2020.
Similar publications
Social Network Analysis: Bibliographic Network Analysis of the Field and its Evolution / Part 1. Basic Statistics and Citation Network Analysis
Maltseva D., Batagelj V. Physics and Society. arXiv. arXiv.org, 2018
In this paper, we present the results of the study on the development of social network analysis (SNA) discipline and its evolution over time, using the analysis of bibliographic networks. The dataset consists of articles from the Web of Science Clarivate Analytics database and those published in the main journals in the field (70,000+ publications), created by searching for the key word "social network*." From the collected data, we constructed several networks (citation and two-mode, linking publications with authors, keywords and journals). Analyzing the obtained networks, we evaluated the trends in the field`s growth, noted the most cited works, created a list of authors and journals with the largest amount of works, and extracted the most often used keywords in the SNA field. Next, using the Search path count approach, we extracted the main path, key-route paths and link islands in the citation network. Based on the probabilistic flow node values, we identified the most important articles. Our results show that authors from the social sciences, who were most active through the whole history of the field development, experienced the "invasion" of physicists from 2000's. However, starting from the 2010's, a new very active group of animal social network analysis has emerged.
О хранении графа социальной сети
Коломейченко М. И., Поляков И. В., Чеповский А. А. и др. В кн.: Труды Международной научной конференции по физико-технической информатике (CPT2015). М.; Протвино: Институт физико-технической информатики, 2016. С. 175-178.
Сетевой анализ в применении к изучению связи между научными традициями и исследовательскими методами социальных наук
Зайцев Д. Г., Дроздова Д. Н. В кн.: Философия науки и техники в России: вызовы информационных технологий. Вологда: Вологодский государственный университет, 2017. С. 89-91.

Why researchers that use statistics always propose hypothesis about associations between variables and try to prove cause-effect relations between them? And, vice versa, why political linguist tend to use discourse analysis to disclose cognitive manipulation by power-holders through the imposition of certain beliefs, which define the social behavior?

In this paper we propose the mapping of existed methods in social sciences, of methodological approaches which stand behind these methods and allow formulating research question, and of philosophical foundations or ontologies which explain what social reality is. Social research is driven not only by chosen methods, but also by approaches and ontology shared by researcher.

Disentangling Peer Influence On Multiple Levels
Ivaniushina V. A., Alexandrov D. A. Sociology. SOC. Высшая школа экономики, 2014. No. 43.
In this study we focus on the influence of peers on adolescents academic achievement. Specifically, how the learning motivation of peers is related to a student's school grades. We use multilevel regression to analyze the influence of peers on different levels of social circles: school, class, personal network, and compare the effects of "assigned friends" and "chosen friends". The methods of social network analysis are used to define the personal network of a student in different ways: cliques, complete ego networks, and mutual ego networks. We demonstrate that the model improves considerably when the level of personal networks is included between individual and class levels. The learning motivation of a student's friends (defined as a clique or ego network) has an important influence on the student’s school performance, net of student’s personal characteristics.
Models for the Average of the Solutions to a P.D.E. with Stochastic Coefficients
Logvinova K. V., Kozyrev O. European Journal of Scientific Research. 2010. Vol. 45. No. 3. P. 383-390.

In this study we investigate the successive approximation procedure allowed us to derive new equation, valid for the transport of dissolved matter in porous media, or in random force fields, on the macroscopic scale. To do this the diagram technique was exploited.

The CCIS series is devoted to the publication of proceedings of computer science conferences. Its aim is to efficiently disseminate original research results in informatics in printed and electronic form. While the focus is on publication of peer-reviewed full papers presenting mature work, inclusion of reviewed short papers reporting on work in progress is welcome, too. Besides globally relevant meetings with internationally representative program committees guaranteeing a strict peer-reviewing and paper selection process, conferences run by societies or of high regional or national relevance are also considered for publication.

Improving Child Nutrition Outcomes in India: Can the Integrated Child Development Service Be More Effective?
Das Gupta M., Gragnolati M., Lokshin M. et al. Policy Research Working Paper. WPS. World Bank Group, 2005. No. 3647.
Levels of child malnutrition in India fell only slowly during the 1990s, despite significant economic growth and large public spending on the Integrated Child Development Services (ICDS) program, of which the major component is supplementary feeding for malnourished children. To unravel this puzzle, the authors assess the program's placement and its outcomes using National Family Health Survey data from 1992 and 1998. They find that program placement is clearly regressive across states. The states with the greatest need for the program - the poor northern states with high levels of child malnutrition and nearly half of India's population - have the lowest program coverage and the lowest budgetary allocations from the central government. Program placement within a state is more progressive: poorer and larger villages have a higher probability of having an ICDS center, as do those with other development programs or community associations. The authors also find little evidence of program impact on child nutrition status in villages with ICDS centers.
Proceedings of the 6th International Conference on Knowledge Discovery and Data Mining, Workshop on Social Network Mining and Analysis
ACM, 2012.

This article is an expanded version of the report submitted by the author on V scientific and practical conference dedicated to the memory of the first Dean of the Faculty of Sociology HSE Alexander O. Kryshtanovskiy "Sociological research methods in modern practice". The article is based on a study of the quantative data obtained in the course of one of the stages of the study "New social movements of youth" by Center of Youth Studies HSE - SaintPetersburg. At this stage, youth community mapping was conducted and analysis of the data using SNA tools was organised. The issue of this work is related to the specific application of network theory and network analysis methods in the process of discovering relations between various informal organisations on the example of youth communities.