On November 30, 2016, the updated Concept of Russian Foreign Policy was published. the publication of the new concept, one might say, was associated with rapid changes in some fundamental problems of international relations, as well as changes in the position, place and weight of many countries with which Russia maintains relations. This also applies to the Korean policy of Russia. This refers to the need to adjust Russia's policy both on the Korean problem as a whole (including issues of peace and security, denuclearization of the peninsula) and in relation to the DPRK and the Republic of Korea. 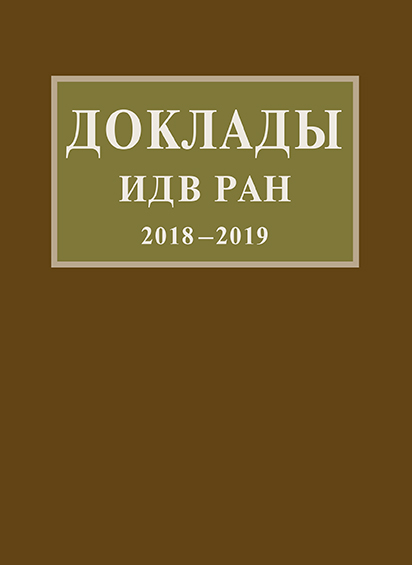 The article is devoted to the situation around the Korean Peninsula that has developed over the past few years. The analysis of factors that can determine the North Korean nuclear crisis as the threat to global security was conducted. It is concluded that the conflict may be settled if the leader of the DPRK is involved in negotiations.

The article examines the role of Japan in the settlement of the situation on the Korean peninsula. The serious aggravation of relations between the United States and the DPRK in 2017 unexpectedly ended with the first ever US-North Korean summit in Singapore. The results of the summit are assessed ambiguously, but the very fact of direct contact between the leaders of the United States and the DPRK contributed to strengthening confidence between countries and easing tensions on the Korean peninsula. Remarkably, the change in rhetoric of Tokyo, which traditionally adheres to a rigid line with regard to the DPRK and considers maximum pressure the only way to achieve a result in relations with the North Korean regime. The question of the destruction of DPRK medium and short-range missiles that can hit targets on the territory of the country is of exceptional importance for Japan's national security. The rapid development of the situation, the unpredictable policy of US President D.Trump aroused Tokyo's fears that Washington could make a deal with the DPRK, allowing to preserve medium-range missiles in exchange for refusing to develop long-range ballistic missiles. In such circumstances, it would be very reckless to rely only on promises from its overseas ally. Therefore, on the eve of the meeting in Singapore, Prime Minister S.Abe expressed his desire to hold a summit meeting between Japan and the DPRK. The problem of normalization of relations with the DPRK will allow S.Abe not only to remove the threat to the national security of Japan, but also to strengthen the internal political positions, shaken in connection with corruption.