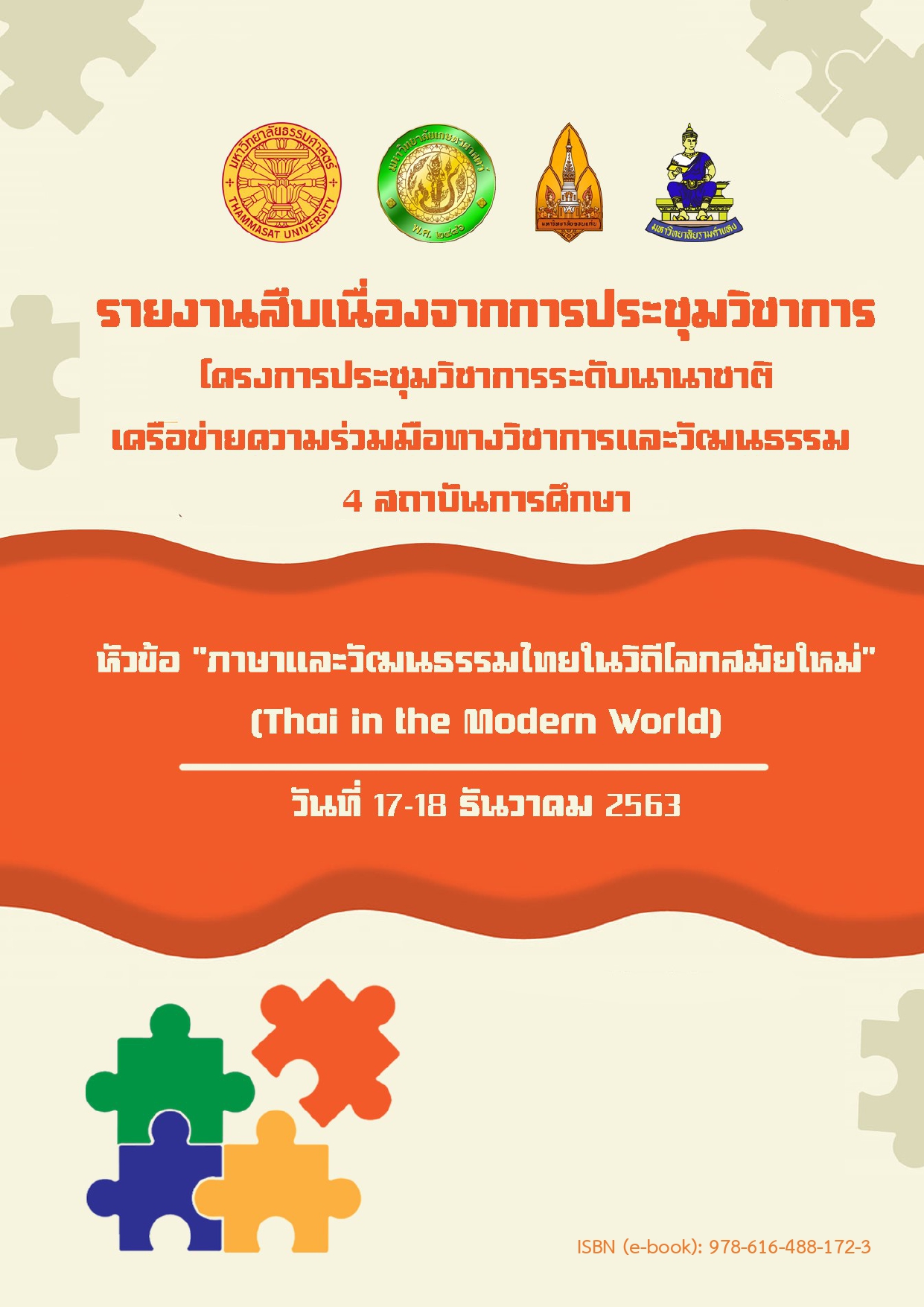 The aim of this research is to classify traditional Thai poetic meters in terms of the modern approaches to verse and look for their possible typological counterparts in other versification systems. The methods of the research include analyzing of a corpus of Thai classical poems and some previous studies about different Thai meters. This topic is worthy of note, because, though the 700-year-old Thai poetic tradition has a very rich literature heritage, Thai poetic meters have never been described in terms of modern verse theories and compared to other poetic traditions. Our study seems to clear new ground in this respect. Our study shows that there are three main Thai meters: klon, chan and khlong. Klon can easily be classified as a syllabic and chan as a syllabo- metrical meter. The most difficult for classification is khlong. In this meter each line should contain a certain number (7 or 9) of syllables and at the same time certain syllables should be marked by one of diacritical symbols mai tho and mai ek. These symbols are used for tone marking, but in modern Thai none of them is a symbol of a certain tone: the tone depends on both the diacritical symbol and a class of the consonant (all Thai consonant letters belong to one of 3 classes). In view of this, we cannot identify khlong as a determined sequence of tones, but should call it a determined sequence of graphemes. Accordingly, the best decision would be to introduce a special term “syllabo-graphic meter” for classifying khlong. Such type of meter does not have any analogues in other poetic traditions, which makes Thai poetry unique.

It has been demonstrated that reference to the past is difficult for individuals with agrammatic aphasia, leading to the formulation of the PAst DIscourse LInking Hypothesis (PADILIH). Many of the previous studies have focused on Indo-European languages, in which time reference is expressed through verb inflection. The current study examined the PADILIH in Thai, a language that does not use verb inflection but instead uses aspectual markers to refer to time.

We aimed to evaluate the pattern of impairment of time reference in Thai speakers with agrammatic aphasia, by investigating how grammatical reference to past, present, and future was processed.

A total of 15 Thai agrammatic speakers and 18 Thai non-brain-damaged (NBD) speakers participated in a sentence production task and an auditory sentence-to-picture matching comprehension task, both of which probed past, present, and future time reference.

While the NBD participants performed close to ceiling in both production and comprehension, the agrammatic speakers showed significantly more difficulty in conditions requiring reference to the future in both modalities. In production, however, the agrammatic speakers replaced the target future time reference construction with negation (a construction that can be used as an alternative means for future reference). When responses using negation were counted as correct, the individuals with agrammatic aphasia showed equal impairment across conditions.

The results of this study were inconsistent with the PADILIH predictions: Thai agrammatic speakers experienced more vulnerability in reference to the future than the present and the past. This suggested that impairments of time reference may differ depending on the structure of the language. We hypothesized that the problems with producing future time reference in Thai may be influenced by the grammatical status of the future marker. In addition, the use of negation in place of the target word might have been because this negative construction reduces the processing load for Thai agrammatic speakers.