The Good Sinful Ruler: Ambrose of Milan and Theodosius I

The first major innovation in imperial representation inspired by Christianity surfaced more than half a century after the death of Constantine. The actions of two prominent figures from this time jointly led to this change. Ambrose – the bishop of the imperial residence Milan – was certainly the initiator of this influential political development. However, Theodosius I’s own role in establishing this new element of imperial representation should not be underestimated. The emperor’s act of repentance which he had to perform publicly in 390 or 391 became a very important precedent that has remained firmly embedded in ecclesiastical history and has become a point of reference in various political contexts even into modern times. This episode in Milan influenced Ambrose and Theodosius’ contemporaries and their descendants to such a degree that the demonstration of humilitas has ever since that time become one of the cardinal virtues of a true Christian ruler.  Although scholarly literature on the repentance of Theodosius is extensive, some important aspects of this politically symbolic act and its transmission have, surprisingly, received little attention. This study will attempt to highlight facets of this episode that have so far not been sufficiently discussed and scrutinised.

Language: English
Full text (PDF, 298 Kb)
DOI
Text on another site
Keywords: Theodosius I the GreatAmbrose of Milanpenance of a Christian Princeimage of a ruler
Publication based on the results of: ‘Centres’ and ‘Periphery’ in Medieval Europe(2017) 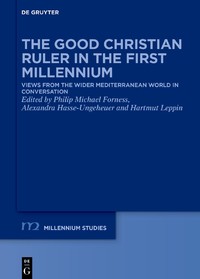 This study looks at a much-neglected monumental inscription by a PSC in early fifth-century Constantinople as evidence for shifting frames of courtly power and their public representation through epigraphy in late antique cityscapes.