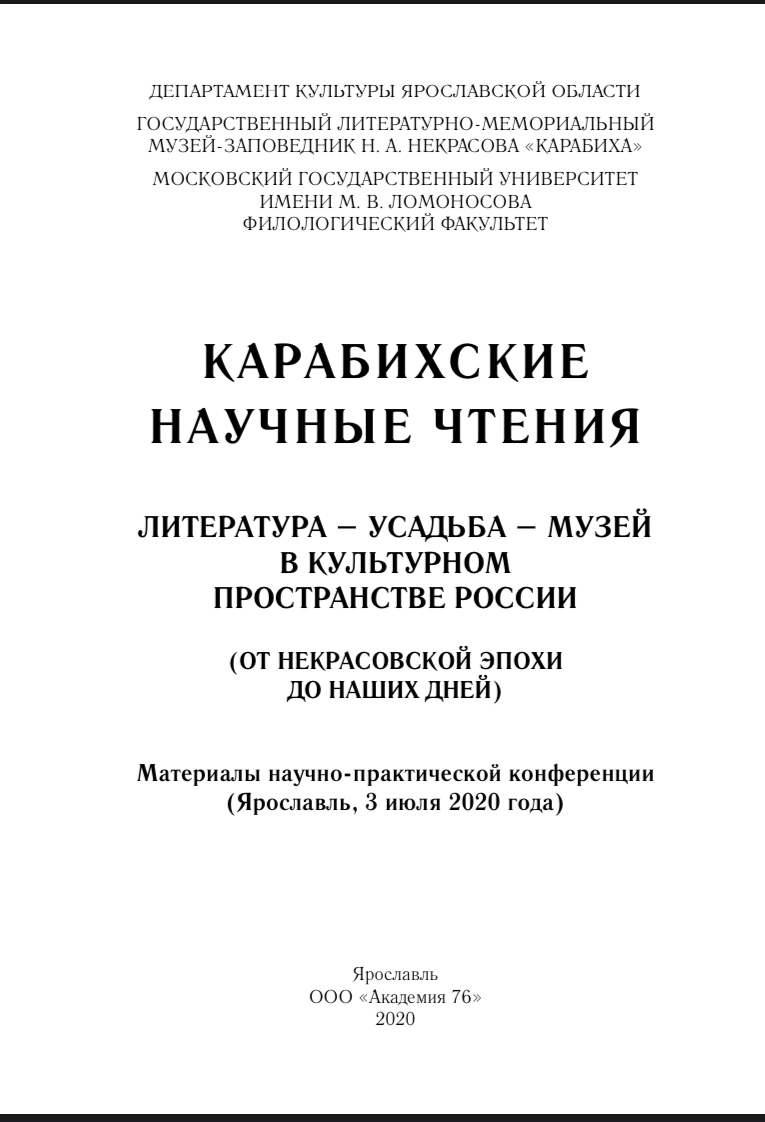 The ultimate goal of this study is to demonstrate the legitimacy of “Nekrasov’s byronism” as a research topic. For this purpose we are trying to prove that Byron’s poetry influenced the poetry of Nekrasov. In particular, Byron’s poems partially formed the structure of the Nekrasov’s poem “Who is Happy in Russia” (1863–1876). Byron’s poems are inclined to dramatic composition, separate scenes and include songs. “Komu na Rusi zhit’ khorosho” also tends to drama, consists of a chain of scenes, monologues, dialogues and contains inserts in the form of songs. Poet Grisha Dobrosklonov, one of the main Nekrasov’s poem characters, corresponds to Byronic romantic hero. Byron’s influence on the poetry of Nekrasov is confirmed by the fact that among his first books Nekrasov called the tragedy of Valerian Olin “The Corsaire”, the translation of the Byron’s poem. The ballet “The Corsaire” made after the poem by Lord Byron, twice delivered in St. Petersburg at the turn of the 1850s and 1860s, as well as increasing public interest in the figure of British classics could also revived Nekrasov’s long-standing impressions at that time.

The proceedings of the annual conference devoted to  N.A.Nekrasov' work, its reception and historical and literary context, the estate as a cultural phenomenon, Karabikha as a museum and different aspects of  literary museums' existence