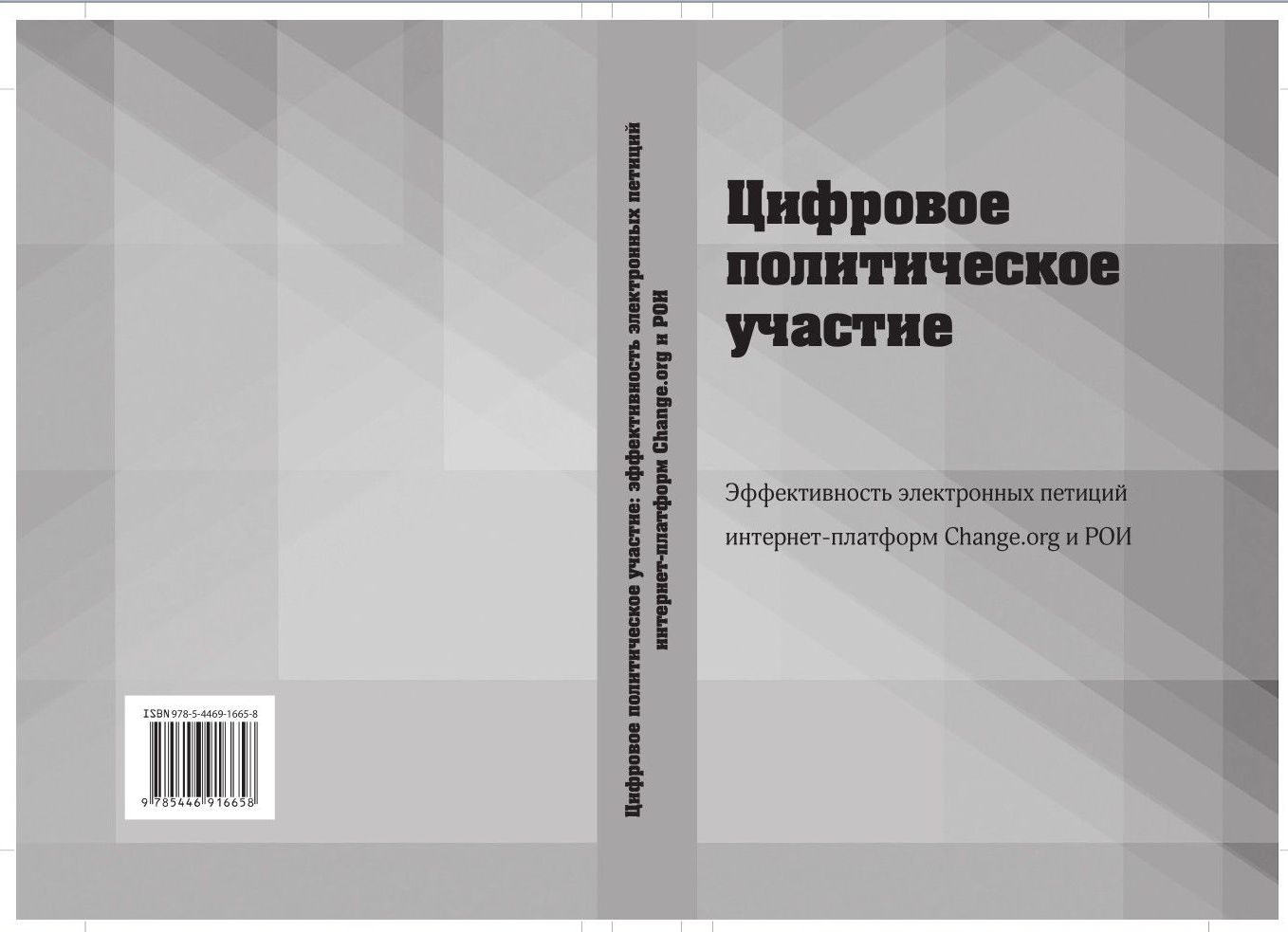 The article presents an empirical study conducted on the material of the Russian language segment of Change.org in the theoretical field of digital political participation and in the case of slacktivism to clarify e-petitions contribution to changes in public life. The purpose of the study is to present thematic dominants in federal districts at the levels of petitioning and support by online voting.

22452 Change.org petitions from 2012 to 2017 were extracted and analysed with the Python software (Lxml, Requests and Re libraries). The territory of their creation was marked as well. 918 petitions identified by the author as ‘executed’ were taken for the analysis by region. Both text databases underwent the open coding technique using the AntConc and TopicMiner software and descriptive statistics tools, i.e. cluster analysis (SPSS Statistics 22).

As a result, three groups of territories were identified. In the first group, the government and business are ready to solve a wide range of issues in the region and they are responding to the requests; in the second group, they respond only to the survival problems; in the third group of territories, they feel the safest, helping animals and ignoring other demands.

The study suggests ‘an offline effect’ of online petitions where the themes are an integrative indicator: they reflect the needs of the population of a given territory, indicate the recognition of the problem as worth solving and show what problems the regional authorities or business are ready to tackle without significant public pressure.