Russia in the Middle East: in Search of Its Place

The second decade of the twenty-first century is characterised by Russia’s active involvement in Middle Eastern issues. Unexpectedly, Russia decided to return to the Middle East, and Damascus appeared to be the gate to the region. Russian policy in the Middle East ceased to be ideological following the collapse of the Soviet Union, and no longer followed a messianic narrative. The State has become more pragmatic, neither “pro-Arab” nor “pro-Israel” and, in principle, serves its own interests without adhering to a specific camp. Russia has repeatedly changed its vision and respective narrative of the events taking place in the Arab world since the onset of anti-government protests in the region in 2011. In fact, Russian policy in the Middle East has taken a u-turn during the past 8 years: from near total disinterest to direct military intervention. 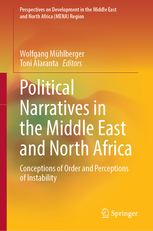