Russia and Global Challenges for Competition Law and Policy in the New Economy: Yandex v. Google, Kaspersky v. Microsoft, the Bayer-Monsanto Merger and Beyond

As capitalism expands to new horizons, in an increasingly globalized and ever more digitalized economy, it is becoming even more important to find a right approach to regulate economic competition. Key questions of balancing incentives for innovation and capital investments on the one hand, and reducing negative externalities and mitigating some existential risks for society as a whole on the other, are clearly related to the competition law and policy domain. Competition is a fundamental element of the capitalist economic system, distinguishing it from the administrative centrally planned economy. However, in different structural settings and frameworks existing within the capitalist economy, competition could take different forms and modalities, changing in line with the transformations of the capitalist system itself. Transition to digital capitalism is clearly one of those paradigmatic shifts in economic life, which poses a certain adaptation challenge for the legal systems all around the world. In this context, a choice of forms and modalities of economic competition to be accepted and encouraged by laws, as well as accurate calibration of the legal tools to be used for this task become important policy challenges. Russia in this context represents an interesting case of experimentation with institutional designs and policy responses to these challenges as this jurisdiction already in a short period of time has been going through a number of changes in the way it approaches economic competition in the new economy. At both practical and legislative levels, the Russian jurisdiction is working at the cutting edge of the global digital agenda. A number of recent cases handled by the Russian competition authority (the Federal Antimonopoly Service, FAS) are not only making important developments in the Russian competition law practice but also contributing significantly to the global competition law and policy debate in terms of its adaptation to digital capitalism. 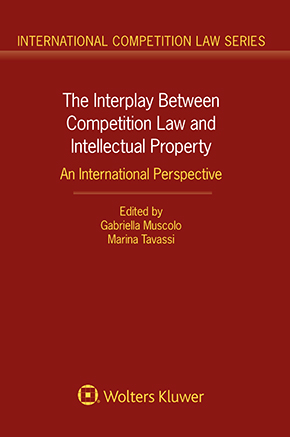 In the article the most important and interesting linguistic projects led by Ilya Segalovich (1964–2013) — one of the founders of the Yandex search engine — are considered. He also took part in their development. The following projects are among them. Development of the morphological analysis and synthesis of Russian words with a possibility of processing «new» words not included in the dictionary; solving the problem of morphological ambiguity for the Russian language with the help of normalizing substitutions; practical transcription of foreign, individual and common words; automatic positioning of stresses and the analysis of poetic texts; creation of efficient methods of recognizing fuzzy duplicates for textual documents; development of the information and require system «The National Corpus of Russian », etc. Key ideas and approaches connected with the searching of solutions to complicated linguistic problems are described, and Ilya's role in the invention of these approaches and their further development is stated. Examples of non-trivial linguistic algorithms developed by Ilya in collaboration with his colleagues are given.

One of the modern lines of the Russian competition law is strengthening of public sanctions for its infringement. However practical application of these sanctions is possible only at full conformity of circumstances of concrete case to all conditions of application of measures of responsibility. These conditions are listed in the administrative legislation, in the criminal code and in the Law on protection of a competition of 2006. Russian and foreign legal practice shows that the most difficult for the determination are boundaries of the product market where there was an anticompetitive offence. What are the practice of application and prospect of updating of rules of a proof of such boundaries? The present article also is devoted the analysis of this point in question. The author shows features and lacks of use of economic arguments at interpretation of legal concept «the product market».

Предпосылки, тенденции и пределы систематизации антимонопольного законодательства
Тотьев К. Ю. В кн.: Правовые исследования: новые подходы. М.: Юридическая фирма «КОНТРАКТ», 2012. С. 197-209.
The article deals with the problems of systematization of rules concerning the protection of competition. It analyzes two directions of this systematization (logic and valuable ordering), its background and trends. The author considers that neither logic, nor valuable systematization of the antimonopoly legislation has been realized by the Russian legislator.
Anti-Competitive Agreements in Russian Courts (2008-2012): Antitrust Law Implementation and Interpretation
Makarov A. Law. LAW. Высшая школа экономики, 2016. No. WP BRP 67/LAW/2016 .
This paper analyses antitrust enforcement practice in Russia (2008–2012), in the area of competition-restricting agreements (horizontal and vertical). The analysis is based on a court decision database of litigation with the Russian competition authority (FAS). The database contains 400 cases, including 236 horizontal agreements (HA), 164 other agreements (vertical agreements (VA), conglomerate and mixed agreements). On the basis of this database important features of the interpretation and implementation of the competition law in Russian practice and the priority areas of the enforcement were identified. Antitrust policy was analysed taking into account the risks of type 1 and 2 errors, including the problem of the flexibility of prohibitions (per se vs rule of reason (ROR)), standards of proof, the problem of consistency of enforcement
Законодательство о защите конкуренции и государственная экономическая политика: взаимное влияние или нейтралитет?
Тотьев К. Ю. В кн.: XII Международная научная конференция по проблемам развития экономики и общества. В четырех книгах. Книга 4.. Кн. 4. М.: Издательский дом НИУ ВШЭ, 2012. С. 180-187.
Competition Law and the State
Stanford University, 2014.

Damages Claims for the Infringement of Competition Law provides a discussion of the emerging field of competition law damages and explores the important questions it raises about the use of the traditional tort law categories in an area of law that is heavily infused with economic analysis. The book combines a corrective justice perspective with an empirical and theoretical analysis of the practice of competition law damages in various jurisdictions in Europe. Rather than adopting the traditional economic analysis of law approach, the authors respect the autonomy of the fields of law and economics, while attempting to identify the areas of conflict that may emerge when economic concepts and categories are integrated in the legal system.

Extending the Scope of Antitrust Legislation over the Area of Exclusive IP-Rights Exercise: Evidence from Russia
Mikhail S. Zhuravlev. Law. LAW. Высшая школа экономики, 2014. No. 39/LAW/2014.
This paper deals with the issues of competition law and IP law interaction. Current Russian legislation provides absolute immunity from extending the antitrust prohibitions over the exercise of exclusive IP-rights. The idea of the article is that this approach needs to be revised. Russian court practice, legal doctrine and economic theory necessitate more flexible antitrust regulation in the area of IP. The analysis of US, EU, and Japanese models of legal regulation has revealed different approaches to the issues of antitrust policy in this field of social relations. Therefore, this paper suggests a different concept of regulation¬ – keep the general immunity from the application of antitrust prohibitions to rightholders, but make it conditional. At the same time, in order to ensure the optimal balance between private and public interests and to maintain the incentives for innovative activity, antitrust legislation should provide a system of guarantees for rightholders.
Russian Competition law in light of the principles of ex post and ex ante
Totyev K. Y. Law. LAW. Высшая школа экономики, 2014. No. 4.
This article is devoted to the legitimation and application of the standards of ex post and ex ante by courts and the executive authorities in the sphere of competition regulation. The postulates of ex post and ex ante are considered as legal principles. The principle of ex post is intended solely for judicial and administrative application; it has a deontological framework; it assumes that the legality of the activity of economic entities is assessed only on the basis of positive legal criteria in terms of the subjective rights violated; it is limited to a particular case. The traditional approach to the principle of ex post limits the scope of its application on the subjects and excessively expands its objects. The postulate of ex ante has a utilitarian basis which assumes the assessment of the application of relevant rules in the future. One of the main aims of the article is to refute the common view of lawyers and economists that a legislator applies principle of ex ante not being bound by principle of ex post, while it is the other way around for the courts and the executive authorities. The principle of ex ante may be applied not only in the process of the creation of new rules but also at the application stage for existing rules on economic competition. This is justified because the arguments of the courts and the executive authorities about a refusal to take into account the consequences of a decision in a particular case are not convincing.