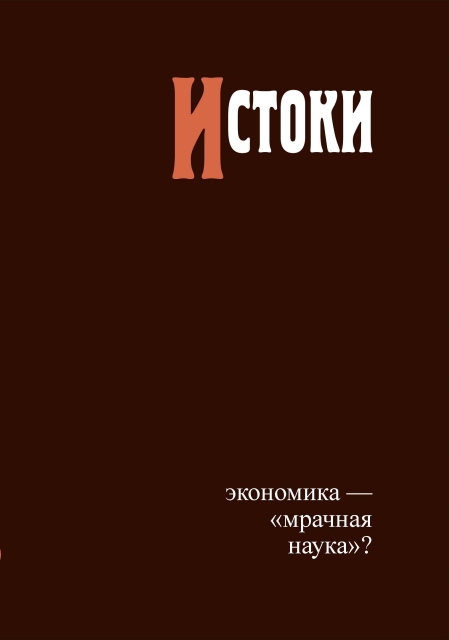 The global economy passes the COVID-19 related crises. For various projections, the output fall in Russia in 2020 will vary from 2 to 8 percent. So, in comparison with the crises of 1998 and 2008, the current shock can be more severe. In the upcoming years the Russian economy will pass the recovery stage, approaching the new balanced growth path. What proximate sources would push this growth?

With the neoclassical industry growth accounting and the Russia KLEMS dataset the present report aims to shed light on this, considering the growth patterns and sources of growth after the crises of 1998 and 2008. The report unveils the most important sources of the after-2008 stagnation in Russia, which are the decreasing efficiency of the extended oil and gas sector and the suspension of technology convergence. Since the recovery in Russia will be, most probably, caused by the increasing demand on energy and raw materials, driven by the recovery of global markets, policy implications for Russia should include efforts to improve efficiency in such export-oriented sectors, as oil and gas, and efforts, which aim to boost technology convergence such as backing export-oriented firms, which have been integrated to global value chains.

Problems of the Russian economy are under consideration.

The article describes the main features and parameters of the shadow economy, with a bird eye over Russian economy as an example. The description of the technological coefficient in the framework of V.K. Dmitrieff - W. Leontieff is given. Specific (originated from Political Economy) point of view as to relation of commodities - as (still) one of the key elements of an economic system - is formulated and established. .

Обследование деловой активности в промышленности
Поповская Е. В., Цепина Л. В. Вопросы статистики. 1998. № 11. С. 37-46.
Что сохранит для истории современная российская статистика?
Бессонов В. А. Количественный анализ в экономике. WP2. Высшая школа экономики, 2014
Problems of transformation of modern Russian statistics in future historical statistics about our time are considered. Existence of serious obstacles on a way of this transformation is noted, their reasons are analyzed. Requirements to that part of historical statistics about our time which data are used for the analysis of economic dynamics are discussed. Measures for situation improvement are offered, estimated consequences of their implementation or failure are analyzed.
Domestic and external factors in the development of Russia’s economic think tanks sector
Freinkman L., Yakovlev A. A., Zolotov A. V. Web publication. 2342-205X. BOFIT, 2016. No. 3.
This paper considers the development and current state of Russia’s think tank sector. As in Eastern Europe, international technical assistance played an important in development of Russian think tanks in 1990s. However unlike Eastern Europe, especially new EU members, demand for economic policy input in Russia at the national level has remained strong. As a result, members of Russian expert community today commonly serve in government posts and act as first movers in the consensusbuilding process for government policy. Russia’s leading economic think tanks have organized professionally to secure a high standard of independent economic analytics and ethical behavior. In this sense, the sector seems more mature than local think tanks in Eastern Europe. While the sector today faces serious challenges from legislative changes that have largely limited the client base to government entities, the economic analysis provided by think tanks remains critical to policy-setting. The findings are based on two surveys of Russia’s leading think tanks. The surveys, conducted in 2012–2013 and 2015, are augmented with in-depth interviews with representatives of Russia’s top think tanks.