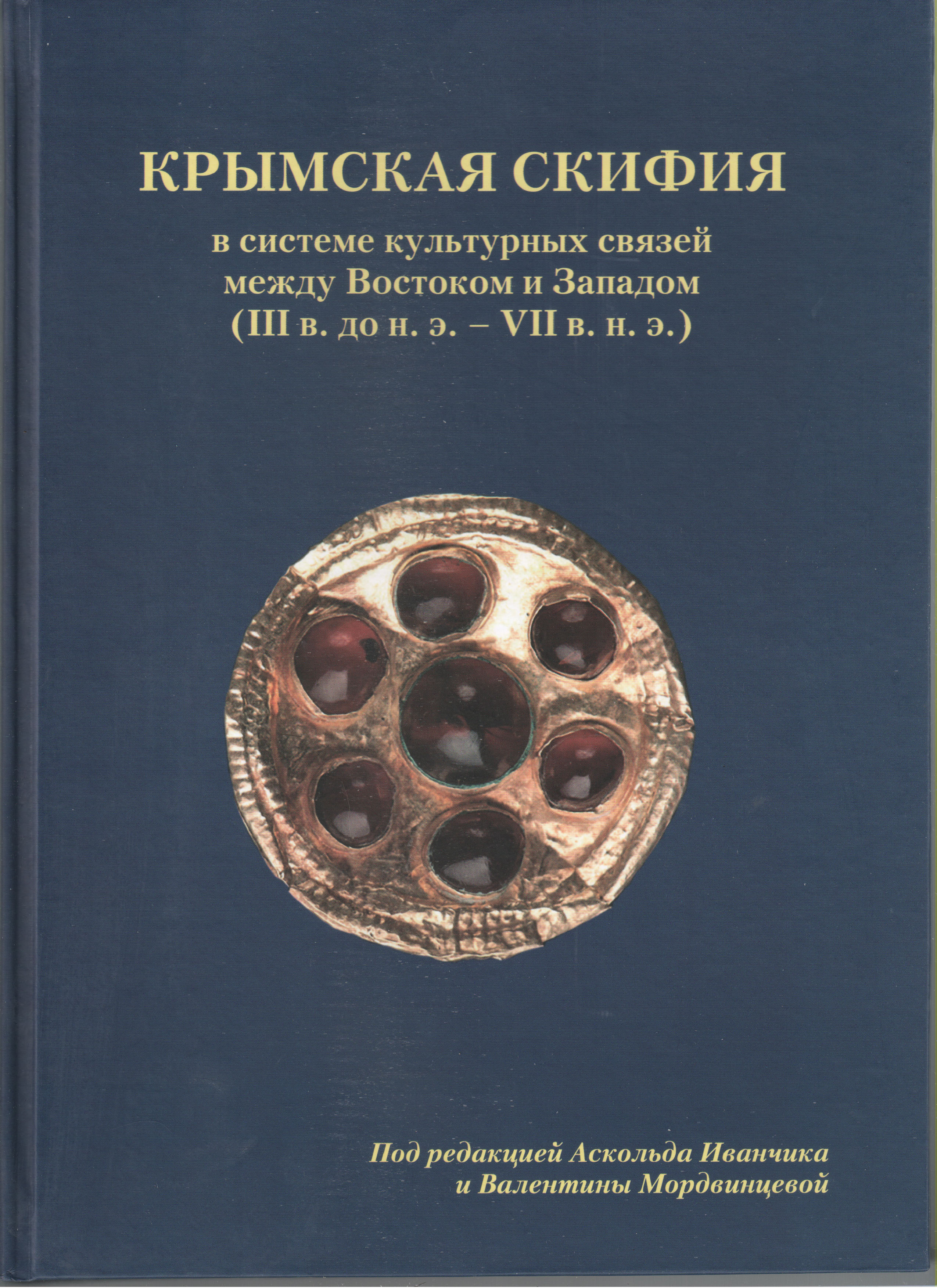 The paper1 presents a comparative analysis of burial assemblages of ‘barbarian’ élites located on the territory of the Crimea between Chersonesos Taurica and the Bosporan kingdom dating from the 3rd century BC to the 3rd century AD. The main goal of the research is to define indications of self-identities of the Crimean non-urban societies represented by their élites and to outline their networking inside and outside the peninsula as well as their changes during four chronological periods. The research is based on the precondition that networking in the political sphere is closely connected to the exchange of symbols of power and status. In material culture, such symbols might be represented by the so-called ‘prestige objects’. Changes in the assortment of these items observed over a long time-span are helping to visualize the development of internal and external relationships of social élites.

The collective monograph “Crimean Scythia in a system of cultural connections between East and West (III c. BC – VII c. AD)” consists of articles devoted to the actual problems of ancient history of the Crimea. It is intended for archaeologists, historians, museum staff, teachers and students of archaeology and history.

The expressions ‘Late Scythian culture’ and ‘Crimean Scythia’ are modern concepts. The first term appeared soon after 1946, and it was intended to designate the material culture of the Scythians, supposedly superseded by the Sarmatians in the 3rd century BC and later replaced by the Slavs, thus making a direct historical bridge from Scythians to Russians. The Late Scythian culture consisted of two enclaves, the Crimean-Dnieper and the Thracian one. The Crimean-Dnieper enclave was represented by two slightly different variants located in the Crimea and in the Lower Dnieper region. The term ‘Crimean Scythia’ was invented in late 1980s – early 1990s, and reflects the idea of the formation of a new separate Scythian statehood in the Crimea. According to the predominant point of view, the Late Scythian culture of the Crimea was constantly transforming in the course of the ‘Sarmaticization’ process. This position seems to be unsustainable. In fact, some migrations to the Crimea from the North Pontic steppe or the Caucasus could have likely occurred. However, the newcomers (‘Sarmatians’?) certainly had a much lesser effect on the functioning of the social networks and the economic and cultural appearance of the ‘Crimean Scythia’ than the proximity of the ancient centres and geopolitical aspirations of the world hegemonic powers.

On the basis of archaeological sources, it is expedient to study cultural transformations conditioned by events of a socio-political nature. Networking in the political sphere is closely connected with the exchange of symbols of power and status. In material culture, such symbols might be represented among the so-called ‘prestige objects’. Changes in the assortment of such items observed over a long time-span can help us visualize the development of domestic and external relationships among social elites. Proceeding from such preconditions, the present paper will look at funeral complexes of the Crimean ‘Barbarian’ elites located on the territory between Chersonesus Taurica and the Bosporan kingdom dating from the 3rd century BC to the 3rd century AD. In the late 4th century BC, a fortress of central importance was erected at Ak-Kaya. Here and in other strategical places, there are traces of fires and subsequent restoration or enhancements of the defensive systems dating to the 270s BC. Shortly afterwards, the burial complexes of the ‘Barbarian’ population display prestige La-Tène-style objects belonging to the military elite. These elites controlled probably the territory of the Crimean ‘Barbaricum’, as well as the steppes adjoining the Crimea from the north, including settlements from the nearby territory of Olbia. By the mid-2nd century BC, the consolidation and centralization of the elites seems to have taken place. The capital fortress was moved westwards (Neapolis Scythica) and developed into a capital of a state of early-Hellenistic appearance. The process of consolidation was interrupted in the late 2nd century BC through the annexation of the Crimea by Mithradates VI Eupator. For a short time, the region got under his direct influence, which allowed for further elite contacts. Since their victory upon Mithradates, the Romans recognized the strategical importance of the region, not least during their conflicts with Parthia. The elite burials reflect interactions with new contact zones. On the one hand, they contain Roman bronze and silver tableware, and funeral wreaths – customary for Greco-Roman burial rites. On the other hand, there are Chinese Lacquer Boxes and the silk clothing. The subordination of the ‘Barbarian’ elites to the centers of the Greco-Roman civilization continued throughout the second and third centuries AD until the demise of Roman imperial policy in the region.

Within the framework of the project of RSF № 15-18-30047 "Crimean Scythia in the system of cultural relations between East and West (III century BC – VII century AD)" in Simferopol and Anapa on November 10-13, 2015 the scientific school for young scientists "Crimea in the system of political and economic relations with the Black Sea and the Mediterranean" was held. The aim of the school was a deeper acquaintance of the participants with the problems of interaction of barbarian cultures of the Crimea, the Black Sea and the Mediterranean in antiquity and issues related to the most relevant trends of modern science. The school was attended by young scientists from Warsaw, Moscow, Cologne, St. Petersburg and Simferopol, as well as leading scientists from Warsaw, Kiev, Moscow, Osnabrück, Rostov-on-Don, St. Petersburg, Simferopol, Tübingen and Iasi.