A graph database is a digraph whose arcs are labelled with symbols from a fixed alphabet. A regular graph pattern (RGP) is a digraph whose edges are labelled with regular expressions over the alphabet. RGPs model navigational queries for graph databases, more precisely, conjunctive regular path queries. A match of a navigational RGP query in the database is witnessed by a special navigational homomorphism of the RGP to the database. We study the complexity of deciding the existence of a homomorphism between two RGPs. Such homomorphisms model a strong type of containment between two navigational RGP queries. We show that this problem can be solved by an EXPTIME algorithm (while general query containment in this context is EXPSPACE-complete). We also study the problem for restricted RGPs over a unary alphabet, that arise from some applications like XPath, and prove that certain interesting cases are polynomial-time solvable. 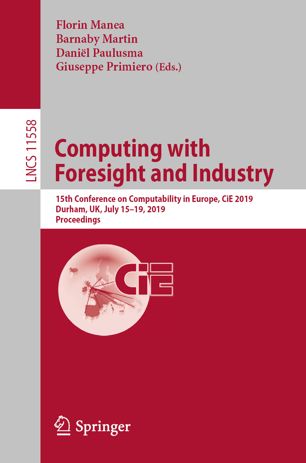 Transparent integration of a domain-specific language for specification of context-free path queries (CFPQs) into a general-purpose programming language as well as static checking of errors in queries may greatly simplify the development of applications using CFPQs. LINQ and ORM can be used for the integration, but they have issues with flexibility: query decomposition and reusing of subqueries are a challenge. Adaptation of parser combinators technique for paths querying may solve these problems. Conventional parser combinators process linear input, and only the Trails library is known to apply this technique for path querying. Trails suffers the common parser combinators issue: it does not support left-recursive grammars and also experiences problems in cycles handling. We demonstrate that it is possible to create general parser combinators for CFPQ which support arbitrary context-free grammars and arbitrary input graphs. We implement a library of such parser combinators and show that it is applicable for realistic tasks.