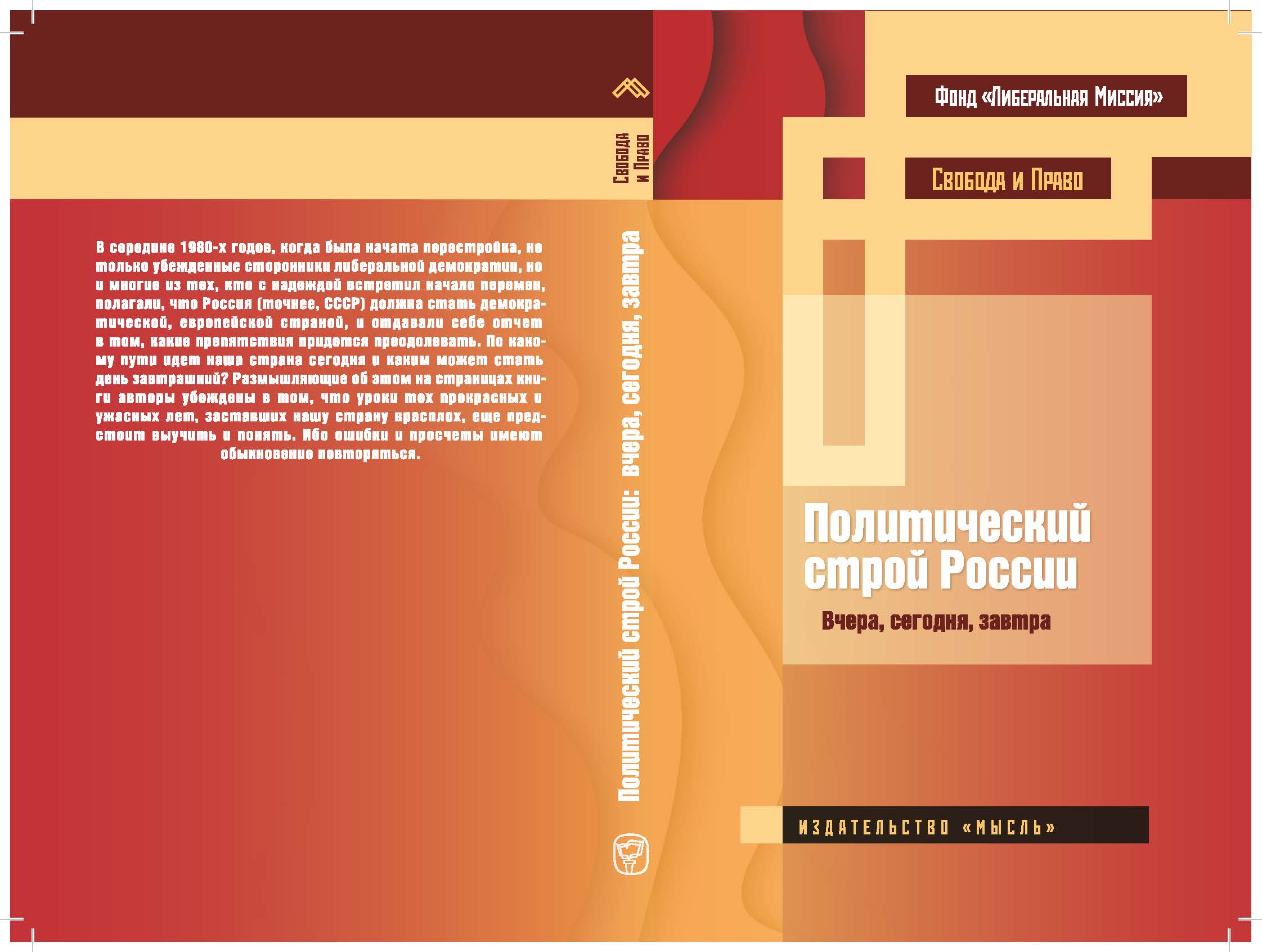 The author of the article notes that at present the civil conscience is in a transformation period: not only a public demand to the state changes considerably in Russia, the attitude of the population towards the nature, purpose and place of the state in the society undergoes material changes.

This article offers a nuanced alternative to widespread accounts of the

Russian polity as a fully authoritarian political system. First, it explains how the Russian political system has evolved a range of distinctive accountability structures, which are increasingly subject to constitutional protection. Second, it argues that the Russian constitution is in a process of functional evolution, which intensifies the standards of accountability that it imposes on the government. To develop these ideas, the article argues that the Russian constitution is most accurately observed if we adopt secondary constitutionalization as an analytical legal-sociological paradigm: that is, if we observe the constitution as a sui-generis legal order, produced through relatively contingent societal processes, which affect the legal order of government in often unintended ways. These processes have the result that judicial bodies possess extensive norm-setting autonomy, and they impose a distinctive constitutional order on the state. This constitutional order is produced through (a): the increasing impact of international law; (b) the growing power of the courts in high politics; (c) the rising force of administrative litigation; (d) new patterns of legal argument. As a result, although constitutional provisions for political accountability remain weak in Russia, provisions for legal accountability are surprisingly strong.
Создание конституции России как особый случай эффекта «path dependence»
Краснов М. А. В кн.: Труды по россиеведению. Вып. 6. 2016. С. 85-128.
Пути России. Альтернативы общественного развития. 2.0. Сборник статей
Т. ХХ. М.: Новое литературное обозрение, 2015.
Глотов С.А., Мазаев В.Д., Ращупкина М.Г. Социальная политика и социальная безопасность (конституционно-правовой аспект)
Глотов С., Мазаев В. Д., Ращупкина М. Ч. 1: Социальная политика (конституционный аспект). Готика, 2019.