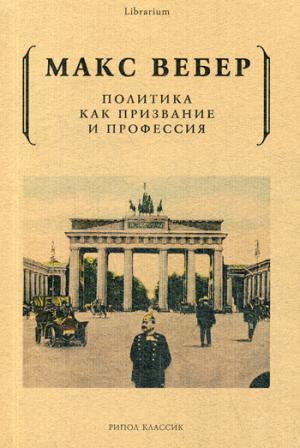 The first volume contains articles devoted to the problems of sociology of space, as well as the theory and the history of sociology. The main issues considered here are the theoretical analysis of the phenomena of empire, the theoretical problems of mobility and globalization and the perspectives of sociological theory in Russia. The are followed by the articles on the value of the classical works of J.-J. Rousseau, F. Toennies, M. Weber et al. The conluding chapters are devoted to the German conservative sociology of intellectuals.

The author presents a review of the book «The Economic Institutions of the Old Believers». The study is at the crossroads of economic history, economic sociology, economic theory (in the first place, the new institutionalism) and maybe even religious studies. The author tries to understand the mysterious phenomenon of Old Believe entrepreneurship, played a very important role in the economic development of Russia in the late XVIII-early XX centuries.

The book is dedicated to the great German sociologist Max Weber. This volume contains eleven papers originating from a symposium organized by Aleksanteri Institute in 2007. The scholars from Russia, Finland and other countries discuss various aspects of Weber's heritage and its relationship to Russia.

It is argued that Weberian concepts such as 'charisma of reason' and 'patrimonial bureaucracy' can be applied to the Soviet system at different stages of its evolution. Neo-Weberian theories which are not based directly on Weber's ideas can also be relevant for the study of Soviet society. But theoretical approaches of historical sociology should be complemented with more empirically oriented social history of the Soviet period.

The article discusses several approaches to the study of Soviet society drawing on Max Weber’s theoretical models or following a broadly-understood Weberian tradition in historical sociology. Weberian perspectives have been used for the analysis of the Russian Revolution of 1917 and its aftermath. The early Bolshevik Party has been characterized as a community of “ideological virtuosi” while its further development has been described either as “incomplete rationalization” or as a re-traditionalization. In the article, it is argued that employing the post-Weberian multiple modernities approach allows us to overcome some of the difficulties that have emerged in this case. In particular, the article focuses on Johann Arnason’s analysis of the Soviet model of modernity. For Arnason, the Soviet model incorporated both the legacy of imperial transformation from above and the revolutionary vision of a new society. He claims that communism represented a distinctive version of modernity rather than a deviation from the modernizing mainstream. In recent historical studies of the Soviet period, two approaches have been formed stressing the modernity of the Soviet regime or its neo-traditionalist aspects. The distinction between these approaches has been discussed by Michael David-Fox. The article considers the parallels between the new historical studies of Soviet society, on the one hand, and both Weberian and post-Weberian sociological perspectives, on the other.

Leo Tolstoy and Max Weber on value neutrality of university research The problem of value neutrality of science is considered on the basis of works by Leo Tolstoy and Max Weber. In the first part of the article, the statements on the value neutrality of scientific knowledge and university teaching by Weber and Tolstoy are made explicit and analyzed in a comparative perspective. In the second part, the central problem of Tolstoy and Weber, that is, a rational choice of the value paradigm, is studied systematically. Differences in their assumptions and conclusions are shown. In the third part, a historical commentary to the context of Tolstoys and Webers works is given. The works are treated as episodes in a wider modern history of the value neutralization of the scientific knowledge and university teaching. The specifics of this process are tightly connected with the fundamental principles of the modern research university (the Humboldtian model of university).

Personality Cults in Modern Politics: Cases from Russia and China
Lu X., Elena Soboleva. CGP Working Paper Series. ISBN: 1869-9243. Center for Global Politics, Freie Universität Berlin, 2014
The popularization of Area Studies in the USA during the Cold War was driven by international political considerations, in particular the need to produce knowledge about so-called enemy countries – communist states. As the political systems of the major representatives of the communist bloc - USSR, China, North Korea – developed the phenomenon of personality cults, it consequently became an important subject for Area Studies scholars, as well as its new concept. They approached this phenomenon through multidisciplinary culturally and historically contextualized studies instead of applying macro-historical theories based on the Western experience (Szanton, 2002: 5-11). The term “personality cult” became popular after Nikita Khrushchev’s “Secret speech” at the 20th Party Congress in 1956, when he used it to explain the consolidation of Stalin’s personal dictatorship, the ensuing abuses of power and the extraordinary adulation of Stalin (Rees, 2004:3). Since then the term has had a highly negative connotation and is associated with the notorious human rights abuses of Stalinism, as well as the regimes of Mao Zedong, Adolf Hitler and the Kim family in North Korea. The term, personality cult, when applied to modern politics, usually refers to the practice of non-democratic regimes to promote an idealized image of a leader with the aid of modern mass media in order to generate personal worship in a society. Although the practice of personality cults in modern states arguably started with the Russian leader Stalin’s decision to place the corpse of Vladimir Lenin on public display after Lenin’s death in 1924 (Rutland, 2011:365), the spirit of the phenomenon is extremely ancient. “The deification of dead emperors and then of living emperors was used to legitimize personal power in ancient Greece and Rome, especially with the dynasty of Augustus” (Rees, 2004:7). However, technology improvements utilized in mass media and police monitoring activities have made modern states more capable of creating and sustaining a personality cult. The popularity of the personality cult as a research topic in Sino, Soviet and Korean studies can be explained by a specific approach undertaken by foreign scholars studying the policies and politics of these states (these studies are also known as Kremlinology). The lack of reliable information and the highly opaque decision making structures in these communist states have made it necessary for Kremlinologists to read between the lines and employ such empirical data as the physical position of members of the inner circles during parades, the wording in newspaper articles, the presence or absence of slogans and phrases in documents, etc. That also explains why they focused on the visible actors – leaders – and therewith shaped the research of personality cults. “In identifying cleavages and controversies within the Soviet leadership, Kremlinologists have tended to emphasize personal alignments, overstate personal power struggles and downgrade policy issues to mere instruments in the fight for supremacy” (Jönsson, 1977:132). With the end of the Cold War a new understanding of the personality cult has begun to develop. It has been argued that this concept should be put in a broader context of person-centered modern symbolic politics, opening up vistas for comparisons with Western democracies. According to E.A. Rees (2004:7) “embryonic cults exist even in relatively open, democratic political systems”. These are not personality cults in the full form, but they resemble them in some respects. So the ghost of the personality cult is not peculiar to non-democratic states, but the political and social conditions in non-democratic states serve as a more comfortable hotbed in which it can grow. The first section of the working paper will provide a theoretic framework for the analysis of personality cults: from Weber’s theory of charismatic authority to theoretical developments specifically related to personality cults. The following sections will present case studies of subjects of the most famous personality cults: Joseph Stalin and Mao Zedong, and also look into more recent developments, such as the idolization of Vladimir Putin in modern Russia