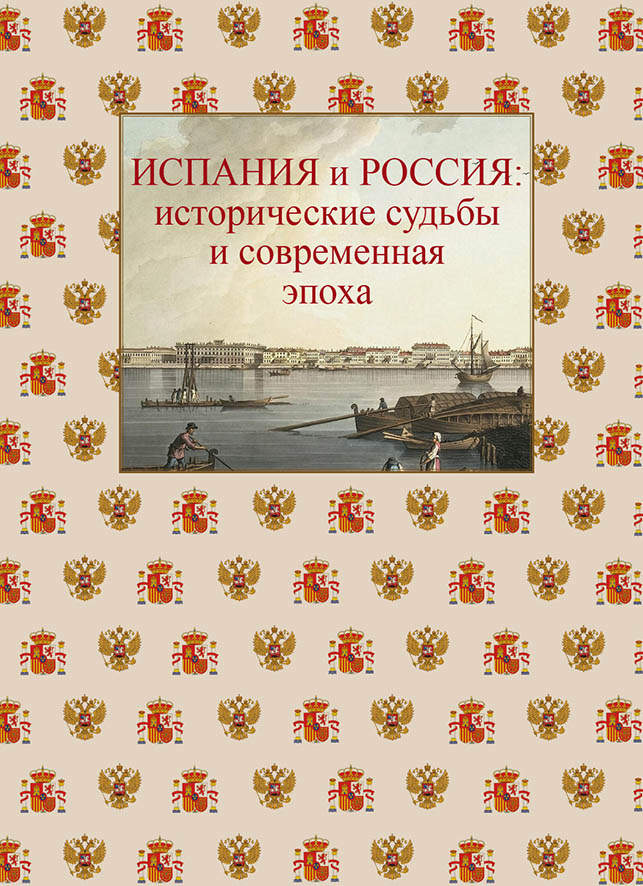 Испания и Россия: исторические судьбы и современная эпоха
Edited by: О. В. Волосюк, К. Камареро Буйон, Т. Б. Коваль и др. М.: ИД "Международные отношения", 2017.
Similar publications
Rally-Around-The-Flag and the Media: Case of Economic Sanctions in Russia
Kazun A. D. Political Science. PS. Издательский дом НИУ ВШЭ, 2016. No. WP BRP 33/PS/2016 .
This article analyzes a paradoxical situation: against the background of a large-scale economic and political crisis in Russia, Vladimir Putin's support is increasing. In explanation, we propose the rally-around-the-flag effect. This effect reflects how and why a national leader’s approval rating substantially increases during tragedies and international conflicts. However, the circumstances in Russia differ significantly from those described in the literature. For example, the rally effect in Russia is substantially more stable than in other countries. Because the rally-around-the-flag effect is closely linked with debates that are presented in the media, we search for explanations in this area. We assume that the use of deproblematization strategies in the media discussion on economic sanctions proves to people that the effects of the sanctions are not severe and generates images of Russia’s external enemies and Vladimir Putin as a strong leader who resists these enemies. Such strategies and practices can contribute to the rally effect. The article analyzes the key strategies used to deproblematize the economic sanctions (and the Russian food embargo) that were used in four Russian newspapers from March 2014 to December 2014.
Моделирование реакции потребительского спроса российских домохозяйств на продовольственное эмбарго
Берендеева Е. В., Ратникова Т. А. Экономический журнал Высшей школы экономики. 2018. Т. 22. № 1. С. 9-39.

The share of import in Russian food trade decreased significantly after the establishment of the food ban for the wide list of countries of 2014. This decline could not go unnoticed by the Russian households. Therefore, the aim of this research is to study the changes in the structure of consumer demand for food products associated with food embargo. Estimations are obtained by the model based on the QUAIDS and Working – Leser models. The originality of the research lays in the construction of the individual prices vector. Traditionally models based on AIDS use aggregate price indicators, such as regional CPIs, but prices are the result of consumer choice, so they can not be aggregated at such a high level. However, individual purchase prices should not be used as well, because of the problem of endogeneity. This study presents a method of estimating individual prices, so they are both differentiated by income groups and other households’ indicators and cleared from the endogeneity. The results demonstrate that the introduction of an import ban caused structural shifts in consumer demand for food prod ucts. The growth of the absolute value of price elasticity may be explained by the lower quality to gether with higher prices of food products on the new market. The rise in the income elasticities means fall in the demand for luxury goods, because of the low ruble exchange rate and overall economic instability. The growth of economies of scale means that households changed their consumption strategies to save their welfare. However, these changes are present for the city population, while farmers seem not to lose their well-being at all. Furthermore, a more thor ough analysis showed that after the shock in 2014, the indicators started to get closer to their initial values. This may be the result of adaptation or the increase in the effectiveness of import substitution. In this regard, the research gives Russian food safety positive prognosis in the long-run, but only if the quality and the variety of food products are improved.

The Transformation of Asian Food Consumption and Russia as a Guarantor of Food Security in Asia
Shcherbakova A., Shcherbakov D. Asian Journal of Peacebuilding. 2018. Vol. 6. No. 2. P. 319-334.

This paper examines the state of the global food problem, food security in East Asia and the opportunity for Russia to prevent a food deficit in North Korea. The authors analyze the symptoms of the global food problem, the theoretical approaches to food security, the transformation of food consumption in Asia and the food trade between Russia and the Korean Peninsula. One major conclusion is that Russia is in the best position among all the c­ountries of the world to increase food exports to Asia – and especially to North Korea – while the Asian population’s habits of food consumption shape the new structure of food trade between that region and the rest of the world.