Innovation disguised as tradition : commentary and the genesis of art forms

The paper describes a dynamic whereby new artistic forms can arise in traditional cultures and shows, that tradition has its own interior motor of innovation. It consists in the practices of commentary, often focused on sacral texts Or phenomena central to the given culture and ostensibly aimed at elucidating their true meaning. The task of interpreting an uncertainty increasing with time going generates a variety of new kinds of discourse. To make sense of the genesis of artistic forms one need therefore a historical poetics of commentary. On the broad survey of diverse kinds of ethnographic and literary evidence the author demonstrates that commentary, in different cultural environment, can give rise to genres of dramatic performance, philosophical inquiry, and fictional storytelling. The author points to the cross-cultural diffusion of the proto-dramatic form that combines an archaic and obscure core with colloquial and interpretive supplement. Commentary as an explanatory satelitte may develop new cultural phenomenon disguised as traditional. 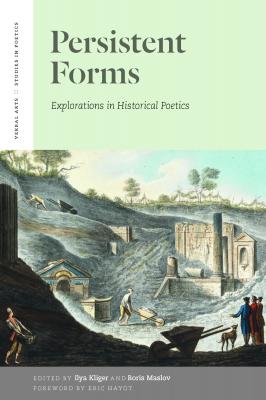 PREDANIE, LEGENDA, SKAZANIE: THREE GENERIC LABELS IN VLADIMIR ODOEVSKY’S WORKS
Tuliakova N. A. Literary Studies. WP BRP. Высшая школа экономики, 2018. No.  26/LS/2018.
In the early 19th century the words predanie, legenda, and skazanie started to be used by Russian writers as a generic label. The present paper considers the texts with these labels in their titles or subtitles written by Vladimir Odoevsky. First, constituent features of the corpus of the texts labeled as predanie are identified. Then the same categories are explored in the texts marked as legenda and skazanie. The aim of the research is to ascertain whether these texts are built according to similar or different generic patterns. I argue that Odoevsky treated the notions differently, and the generically labelled texts reveal different genre strategies.
Основные социологические понятия
Вебер М. Социологическое обозрение. 2008. Т. 7. № 2. С. 89-127.

Власть и национализм в современном Китае
Кожевников А. Е. В кн.: Власть и насилие в незападных обществах: проблемы теоретического осмысления и опыт практического изучения: сборник статей. М.: Издательство ГБПОУ Московский государственный образовательный комплекс, 2016.
The Chinese civilization has a very long history. It is in ancient times the traditional principles of management based on classical Confucian canons were formed. During the invasion of foreigners in China in the nineteenth century many of the traditional structures were destroyed, China embarked on the path of modernization. At this time, at the turn of XIX – XX centuries the modern nationalism were beginning to form in the country, which played an important role in the political history of twentieth century China. The Communists would be unable in 1949 to come to power, if not relied on the national feelings of the Chinese people. In the first decades of the PRC, the CCP continued to use nationalist feelings of the Chinese, but not very actively pedalera them. The situation changed after reforms began in the late 70-es of XX century. The Disappointment of the masses in the Communist ideals forced Chinese leaders to seek new ideological ties. And such an ideological basis was state nationalism, especially that at the same time increasingly behaved informal spontaneous nationalism. Currently the CPC uses a number of tools to strengthen their position: it is the desire to show the virtue of its leadership, and the desire to emphasize the high moral principles that guide policy-makers, and the fight against corruption, etc. And along with this, actively used state nationalism. This is especially true in connection with the celebration of the 70th anniversary of the end of the Second world war.
The choice of interpretation as a problem of social epistemology
Porus V. N. Humanities. HUM. Basic Research Programme, 2013. No. 19/HUM/2013.
Social epistemology is a set of attempts to assign a philosophical meaning to sociological studies of cognitive processes within their social context. These attempts are being made through competition of philosophical interpretations. The choice of interpretation is governed by the desire to bring value orientations of science in line with the challenges from a changing cultural-historical environment. Robert Merton’s “normative ethos of scientists” is reviewed here as an illustration to this thesis.
Topical vocabulary in exercise (Тематическая лексика в упражнениях)
Samorodova T. O. M.: ЗАО ВАРТ, 2013.
L’experience de traduire
P.: HONORЙ CHAMPION ЙDITEUR, 2015.