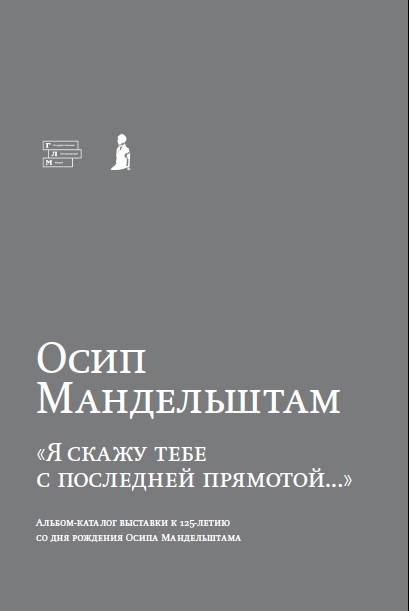 The novel Doctor Zhivago, first published in 1957, immediately provoked critical debates that continue to this day, and has been the subject of numerous scholarly studies (C. Barnes, B. Gasparov, P. A. Jensen, A. Lavrov. M. Aucouturier, O. Raevsky-Hughes, I. Smirnov, L. Fleishman, Iu. Shcheglov, A. Khan, and many others). On one hand, Boris Pasternak’s positions (founded on his religious historiosophy) with regard to the events, people and situation that he depicts have formed one of the central topics of critical and scholarly contention. On the other hand, it is the specificity of the novel’s poetics and most centrally of its generic identity, the laws of its organization of novelistic time and problems of the prototypes of its central characters, that have served as objects of debate. It is our contention, however, that the choice of genre (that we have defined as being that of “a historical novel of a new type”) was fundamental for Pasternak and determined the entirety of the novel’s poetics. As we will demonstrate, the author was continuing the tradition of Walter Scott, which had been rejected by other contemporary Soviet authors who described the history of the twentieth century. In taking up work on the novel, Pasternak emphasized many times that he desired to present an image of the course of history of the first half of the twentieth century—the “forty- five-year era,” as he named this period several times in his letters. This dissertation describes the author’s search for a means for the artistic embodiment of contemporary events and his final choice of the “Walter Scott tradition” of historical novel for Doctor Zhivago. In this connection the work includes marked reflections of C. Dickens’ Tale of Two Cities, Pushkin’s The Captain’s Daughter and Dubrovsky, and L. Tolstoi’s War and Peace, as well as sharp polemics with historical works of prose fiction by Pasternak’s contemporaries and with the highly ideologically charged Soviet historiography. Separate consideration will be given to the specific events, situations and names that Pasternak considered it necessary to include in his narrative, presenting in this way his own version of a hierarchy of characteristic phenomena of these decades. The dissertation demonstrates that in Doctor Zhivago history is presented simultaneously as a force, organizing the actions of people and forming their characters and world-views, and also as a chain of events to be understood and made meaningful by the protagonists, and finally as an ineluctable law of human existence that has been reestablished by the force of artistic creation—by the poetry of Iurii Zhivago. At the very foundation of the Zhivago’s poetry lay the ideas of his uncle—the philosopher Vedeniapin, who defines history as an element of the Christian comprehension of the world. The central place of these characters in the novel defines the nature of Pasternak’s techniques with prototypes, by which he embeds into his characters the views, characteristics and fates of various of his contemporaries (A. Bely, A. Blok, D. Samarin, the author himself, and others). We also propose explanation of the work’s many anachronisms, which become a means for communication of the laws of the post-revolutionary period (1917-1943)—a period that “fell” out of history. At the same time we will show how historical time is reestablished in the Epilogue that completes the novel and in the “Poems of Doctor Zhivago.” This dissertation may be characterized as interdisciplinary. In it, the methods of literary- historical and intertextual analysis are applied. The text is examined in relation to social, cultural and historical phenomena of Russia during the first half of the twentieth century.

Как поссорился Виктор Максимович с Борисом Михайловичем
Левченко Я. С. Russian Literature. 2012. Т. LXXII (72). № III-IV (3-4). С. 503-523.
“Suicide And Love” In Boris Pasternak’s Ideology: The New Discovered Letter
Polivanov K. M. Literary Studies. WP BRP. Высшая школа экономики, 2014. No. WP BRP 04/LS/2014.
The paper explores the tight relation between “art” and “immortality” in Boris Pasternak’s author’s ideology on the basis of his new discovered letter to his second wife Zinaida Nikolaevna Neigauz, written in the beginning of 1931. This letter, preserved only in a copy, sheds new light upon one of the most important point of author’s ideology. In this document, Pasternak explains his views on the unacceptability of suicide. The letter is closely related to his autobiographical work Safe Conduct, the final part of which was written soon after the suicide of Vladimir Mayakovsky. It is possible to stretch a line from the letter to the late Pasternak’s novel Doctor Zhivago. The life finals of two protagonists, Yuri Zhivago and his antipode Pavel Antipov-Strelnikov, are compared. The main protagonist dies, leaving behind his poetry. For Pasternak, it is the way of continuation, “life after death”, and the symbol of creative immortality of a poet. On the contrary, Antipov committed suicide, and it was consequential final of his life position.
Творчество за пределами соцреализма. В традициях реализма. М.Зощенко. М.Булгаков. Л.Леонов.
Павловец М. Г. В кн.: История русской литературы ХХ - ХХI веков: учебник и практикум для академического бакалавриата. М.: Юрайт, 2015. С. 107-128.
Chapter is devoted to writers of 1920-1930, whose work does not fit into the framework of "socialist realism": M.Zoshchenko, M.Bulgakov, L.Leonov, B.Pilnyak, Yu.Olesha, B.Pasternak and others.
Как и для кого писались «Кондуит» и «Швамбрания»
Лекманов О. А. В кн.: Кассиль Лев. Кондуит. Швамбрания. М.: Издательский проект "А и Б", 2015. Гл. Послесловие. С. 212-220.