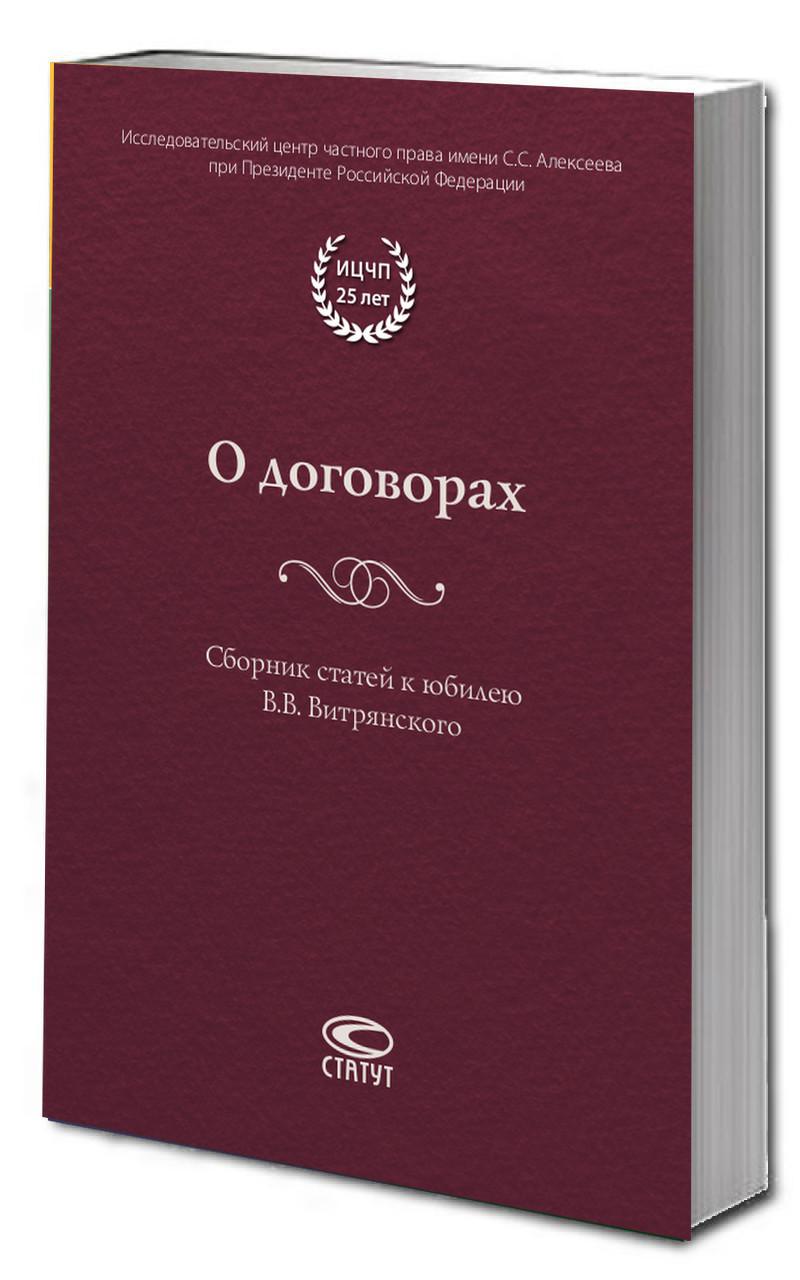 The legacy of classical natural law in Russian dogmatic jurisprudence in the late 19th century
Poldnikov D. Law. LAW. Высшая школа экономики, 2013. No. WP BRP 20/LAW/2013.
The paper examines the inconspicuous influence of the legacy of the classical natural law of the 18th century on Russian dogmatic jurisprudence of civil law, taking as an example the authoritative “Course on civil law” (1868-1880) by Konstantin Pobedonostsev. Despite the dogmatic purpose of the course and the hostility of its author towards European liberal doctrines of natural law, some striking similarities between them can be found, especially in the general provisions and principles of contract law, the method of its exposition and the recourse to justice and supra-positive ideal.
Международной научной конференции "Классическое лингвистическое образование в современном мультикультурном пространстве - 2"
Edited by: Н. Л. Грейдина Пятигорск: 2006.
История и гендер в символических репрезентациях акторов протеста
Барандова Т. Л. В кн.: Символическая политика: сборник научных трудов. Вып. 2: Споры о прошлом как проектирование будущего. М.: ИНИОН РАН, 2014. С. 288-305.
The paper considers appellations toward contr-history and plurality of gender regimes in the context of Russian politics through representations of non-systemic protesting actors during years 2011-2012. Author analyses the intersectionality of ideologically different “discourses of memory” with repertoire of gender protests.
Arguments from natural law reevaluated through a dialogue between legal history and legal theory
Poldnikov D. Law. LAW. Высшая школа экономики, 2013. No. 16/LAW/2013.
The paper suggests several ways to rediscover the legacy of early modern and classical natural law of the 18th century in contemporary legal thought through the joint efforts of legal history and legal theory with particular reference to the domain of contract law. Additionally, the paper justifies the revival of the research in the domain of natural law in connection with legal argumentation.
Реформа договорного права: некоторые итоги
Новак Д. В., Белов В. А., Рыбалов А. О. и др. Закон. 2015. № 6. С. 22-33.
Heroes and Spongers: The iconography of disability in Soviet poster and film
Iarskaia-Smirnova E. R., Romanov P. V. In bk.: Disability in Eastern Europe and the Former Soviet Union. History, policy and everyday life. NY; Abingdon: Routledge, 2014. P. 67-96.

Gendering Postsocialism explores changes in gendered norms and expectations in Eastern Europe and Eurasia after the fall of the Berlin Wall. The dismantlement of state socialism in these regions triggered monumental shifts in their economic landscape, the involvement of their welfare states in social citizenship and, crucially, their established gender norms and relations, all contributing to the formation of the post-socialist citizen. Case studies examine a wide range of issues across 15 countries of the post-soviet era. These include gender aspects of the developments in education in Kazakhstan, Uzbekistan and Hungary, controversies around abortion legislation in Poland, migrant women and housing as a gendered problem in Russia, challenges facing women’s NGOs in Bosnia, and identity formation of unemployed men in Lithuania. This close analysis reveals how different variations of neoliberal ideology, centred around the notion of the self-reliant and self-determining individual, have strongly influenced post-socialist gender identities, whilst simultaneously showing significant trends for a "re-traditionalising" of gender norms and expectations. This volume suggests that despite integration with global political and free market systems, the post-socialist gendered subject combines strategies from the past with those from contemporary ideologies to navigate new multifaceted injustices around gender in Eastern Europe and Eurasia.

The functional method to study general part of contract law in historical perspective: pro et contra
Poldnikov D. Law. LAW. Высшая школа экономики, 2018. No. 80.
Comparative legal history is a fashionable new discipline which aims at a better understanding of the law's past by comparing similarities and differences of legal phenomena in two or more jurisdictions beyond the limits of national legal histories. Despite its popularity in Europe, it still lacks comparative projects that cover both Western and Eastern areas of the Continent, not least because the methodology of such comparison requires proper consideration and cannot be simply copied from comparative law or national legal histories. The present article evaluates the applicability of the dominant method of today's comparative law (the functional one) in the domain of the general contract law of the first codifications in the major jurisdictions of Continental Europe (Austria, France, Germany, Russia) during the 'long 19th century'. This subject matter is chosen by way of example as a 'legal cross-road' of legal concepts and models, more susceptible to changes, innovations, borrowings, and closely linked to social needs. In the main part of the article, it is argued that the adaptation of the functional method to the needs of comparison in legal history becomes plausible due to at least two factors. First, comparatists mitigated the rigid assumptions of the 'classical' functionalism of the 20th century (rejecting its privileged status and purely functional perception of law, irrebuttable presumptions of similarity and unification of compared legal systems etc.). Second, many legal historians, like the drafters of the first civil codes in Western and Eastern Europe, also believe that law is more than minimally connected to social problems and manifests itself primarily through its actual application. On the basis of such premises, the author of this article discusses potential benefits and limitations of researching general contract law in the selected jurisdictions with the functional method. At the preparatory (descriptive) stage, it can be useful to assure comparability of contract law in the selected civil codes, to identify omissions in the codified general rules on contracts, and to arrange legal provisions around practically relevant issues. At the stage of analysis, functionalism can be coupled with teleological interpretation of legal norms to enable us to understand better the link between the application of the legal rules, their legal purposes, and the practical social problems serving as tertium comparationis for all the compared jurisdictions. A sketch of such an analysis in the final part of the article allows to conclude that a research with the help of the functional method narrows our perception of law as a cultural phenomenon and breaks the inner doctrinal logic, but in return, it offers a starting point for a much needed dialogue of legal historians with a wider legal community.
Формирование учения о договоре в правовой науке Западной Европы (XII– XVI вв.)
Полдников Д. Ю. М.: Издательство Проспект, 2016.
This book presents the results of the first comprehensive investigation of how the general theory of contract emerged in the Western European legal science in the 12th through 16th centuries. The author studies legal treatises of the leading jurists of the Middle Ages and early Modernity, as well as non-legal (theological, ethical, philosophical) sources of the Antiquity and the Middle Ages, in order to uncover the preconditions, periods and principal results of the generalisation of casuistic provisions on agreements, contracts and promises according to the Roman laws, church canons, and local laws around the general concept of contract as the act of just exchange of goods or services or the act of liberality between private persons. The theory of contract is presented as the combination of two models of contract in the medieval ius commune: agreement-based (in the commentaries on Roman law) and promise-based (in the church canons). It is argued that the synthesis of the two models in the 16th century is due to the efforts to reduce the Roman classical law to an art (as in the case of the French humanists) or to explain every rule of positive contract law through the ideal concepts of natural law and commutative justice (as in the case of Spanish legal thinkers).  The book is addressed to legal historians, comparatists and students who focus on the foundations of European legal tradition in the domain of contract law and private law.
«Реформация» юриспруденции и теории договорного права в Западной Европе XVI века
Полдников Д. Ю. В кн.: Институты государства и права в их историческом развитии. Сборник научных статей к 60-летию В.А. Томсинова. М.: ИКД Зерцало, 2012. С. 281-300.
The Government and Bandits: Similarity and Difference in Theory and in Russian Practice
Barsukova S. Law Enforcement Executive Forum. 2012. Vol. 12. No. 2. P. 129-136.