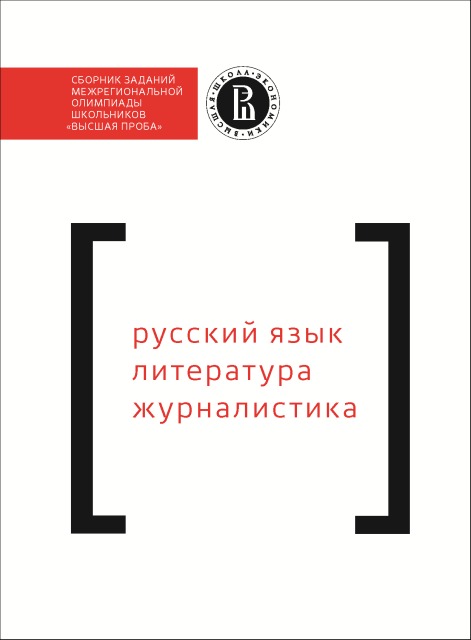 The volume discusses how computational linguistic problems illustrate fundamental or applied issues in natural language processing, rather than individual languages or linguistic theory. Although this variety of the self-sufficient linguistic problem has always had a presence at linguistic contests, in the US and the other Anglophone countries it has become a primary feature, and its development is of eminent interest.

Quite a number of English legal texts, featuring largely contract law, provide linguistic evidence of both terminology, and/or commonly used vocabulary, with semantically identical or related meaning used at a time within the same text sequences. Such constructions appear challenging for taxonomic classification by linguists and lawyers alike. An analysis of examples allows for attributing such usage samples to pleonastic constructions typical for the legal language.

Pre-experiments on Annotation of Russian Coreference Corpus
Toldova S., Azerkovich I., Гришина Ю. et al. Linguistics. WP BRP. НИУ ВШЭ, 2015
Building benchmark corpora in the domain of coreference and anaphora resolution is an important task for developing and evaluating NLP systems and models. Our study is aimed at assessing the feasibility of enhancing corpora with information about coreference relations. The annotation procedure includes identification of text segments that are subjects to annotation (markables), marking their syntactic heads and identifying coreferential links. Markables are classified according to their morphological, syntactic and reference structure. The annotation is performed manually, providing gold standard data for high-level NLP tasks such as anaphora and coreference resolution. The paper reports on inconsistencies in selecting NPs of various types as markables and their borders, and in ways of constructing anaphoric pairs. We consider the types of NPs missed by one of annotators and discourse and semantic factors that may have affected annotator's judgements.
Frequency dictionary of inflectional paradigms: core Russian vocabulary
Lyashevskaya O. Humanities. HUM. Basic Research Programme, 2013
A new kind of frequency dictionary is a valuable reference for researchers and learners of Russian. It shows the grammatical profiles of nouns, adjectives and verbs, namely, the distribution of grammatical forms in the inflectional paradigm. The dictionary is based on data from the Russian National Corpus (RNC) and covers a core vocabulary (5000 most frequently used lexemes). Russian is a morphologically rich language: its noun paradigms harbor two dozen case & number forms and verb paradigms include up to 160 grammatical forms. The dictionary departs from traditional frequency lexicography in several ways: 1) word forms are arranged in paradigms, and their frequencies can be compared and ranked; 2) the dictionary is focused on the grammatical profiles of individual lexemes rather than on overall distribution of grammatical features (e.g. the fact that Future forms are used less frequently than Past forms); 3) grammatical profiles of lexical units can be compared against the mean scores of their lexico-semantic class; 4) in each part of speech or semantic class, lexemes with certain biases in grammatical profile can be easily detected (e.g. verbs used mostly in Imperative, in Past neutral, or nouns used often in plural); 5) the distribution of homonymous word forms and grammatical variants can be followed in time and within certain genres and registers. The dictionary will be a source for research in the field of Russian grammar, paradigm structure, form acquisition, grammatical semantics, as well as variation of grammatical forms. The main challenge for this initiative is the intra-paradigm and inter-paradigm homonymy of word forms in corpus data. Manual disambiguation is accurate but covers ca. 5 million words in the RNC, so the data may be sparse and possibly unreliable. Automatic disambiguation yields slightly worse results, however, a larger corpus shows more reliable data for rare word forms. A user can switch between a ‛basicʼ version which is based on a smaller collection of manually disambiguated texts, and an ‛expandedʼ version which is based on the main corpus, the newspaper corpus, the corpus of poetry and the spoken corpus (320 million words in total). The article addresses some general issues such as establishing the common basis of comparison, a level of granularity of grammatical profile, units of measurement. We suggest certain solutions related to the selection of data, corpus data processing and maintaining the online version of the frequency dictionary.
О глубинной семантике и функционально-референциальных особенностях адъективных показателей предшествования во французском и русском языках
Набережнова З. Г. Альманах современной науки и образования. 2010. № 12. С. 226-231.
The Pragmatics of Destiny in Russian and English (towards a description of fundamental cultural concepts)
Apresyan V. In bk.: Contrasting Meaning in Languages of the East and West. Iss. XIV. Oxford; Bern; Berlin; Brux.; Frankfurt am Main; NY; Wien: Peter Lang, 2010. P. 477-492.

This paper presents an analysis of forms of address used in reference to an unknown recipient in everyday communication. In describing the operation of the particular treatment as the author relies on the opinion of renowned experts in the field of speech etiquette and culture of Russian language and on their own linguistic observations and data from a survey conducted in the fall of 2010 the capital’s population aged 20-50 years.