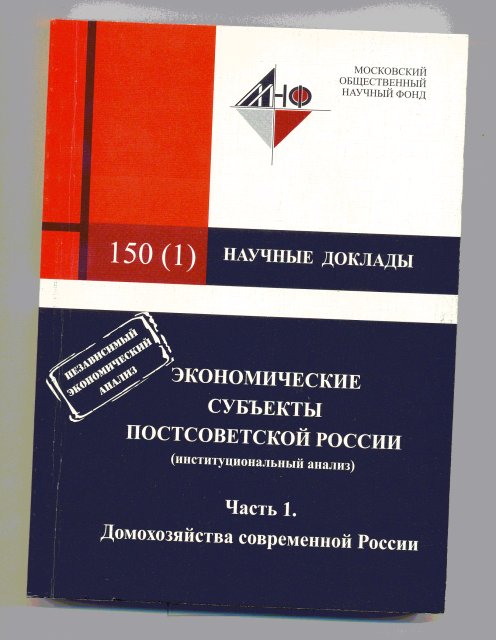 Incentives for Process Innovations Under Discrete Structural Alternatives of Competition Policy
Shastitko A., Kurdin A. Economics. EC. Высшая школа экономики, 2015. No. 92.
This study analyses the incentives for process innovations under different conditions determined by the competition policy for intellectual property rights (IPR) and particular features of markets and technologies. Competition policy is defined by the presence or absence of compulsory licensing, markets are characterized by technological leadership or technological competition. The results of modelling show that the uncertainty engendered by technological competition may lower the intensity of innovative activities, if there are no mechanisms of coordination between participants. Voluntary licensing generally improves social welfare but does not guarantee an increase in innovative efforts. Compulsory licensing can impede innovations due to the opportunistic behaviour of market participants but certain measures of state policy can prevent this negative effect.
The Economics of Beer
Edited by: J. F. Swinnen. Oxford: Oxford University Press, 2011.

Beer was the drink of choice in many ancient societies and throughout the past centuries in large parts of the world. Right now, it is globally by far the most important alcoholic drink, in volume and value terms. The largest brewing companies have developed into global multinationals. The beer market is characterized by strong growth in emerging economies, by a substantial decline of (per capita) beer consumption in traditional markets, and a shift to new products. There has been a strong interaction between governments (politics) and markets (economics) in the beer industry. For centuries, taxes on beer or its raw materials were a major source of tax revenue for governments. Governments have also regulated the beer industry for reasons related to quality, health, and competition. The beer market is not only an interesting sector to study in itself but also yields important general economic insights. This book is the first economic analysis of the beer market and brewing industry. It comprises a comprehensive and unique set of economic research and analysis on the economics of beer and brewing. The various chapters cover economic history and development, demand and supply, trade and investment, geography and scale economies, technology and innovation, health and nutrition, quantity and quality, industrial organization and competition, taxation and regulation, and regional beer market developments.

Competition law has expanded to more than 100 jurisdictions worldwide with varying degrees of economic, social, and institutional development, raising important questions as to what is the appropriate design of competition law regimes and the interaction between competition law and economic development. This volume, comprising a selection of papers from the 4th BRICS International Competition Conference written by academic and practising economists and lawyers from both developed and developing countries, is distinctive in its focus on a broader view of competition policy in BRICS and developing countries. It examines the role competition, the application of broader public interest and national interest concerns in the analysis and influence on developing country competition authorities' policy-making. The contributors address topics such as: - a broad view of competition policy; - making markets work for the people as a post millennium development goal; - some key issues concerning the further development of China's antimonopoly law; - remedies in BRICS countries; - public interest issues in cross-border mergers; - crafting creative remedies in food markets in South Africa; - what are African competition authorities doing to fight cartels?; - successes and challenges in the fight against cartels; and the economics of antitrust sanctioning.

Merger Activity in the Factors of Production Segments of the Food Value Chain: A Critical Assessment of the Bayer/Monsanto merger
Katalevsky D., Lianos I. CLES Policy Paper Series. G34, K10, K21, L4, L40, Q10, Q13, Q18. Centre for Law, Economics and Society, Faculty of Laws, UCL, 2017. No. 2017/1.
The Bayer/Monsanto merger forms part of the recent wave of mega-mergers that has transformed the structure of the factors of production segments of the global food value chain in recent decades. If it is approved, it will lead to the creation of a tight oligopoly of three multinationals that will control almost 2/3 of the global production in seeds and agro-chems, as well as the valuable Big Data and IT platforms that are crucial for “smart farming”. This high level of concentration will undoubtedly lead to price rises for seeds and pesticides, the increase of the technological and economic dependence of farmers on a few global integrated one-stop shop platforms, the reduction of independent centres of innovation activity in the industry and consequently of innovation, due to reduced competition. More importantly, this merger is about control of the global food value chains as well as of the direction of the innovative effort in this industry in the next few decades. Recent technological advances enable us to envision a future away from the agro-chem model of agricultural production, with the adoption of a production model that is respectful of the environment and biodiversity, and also providing smallholders more opportunities to increase their revenue and the independence to invest in innovative ways of farming. By ensuring that the global food value chain remains tightly controlled by three mega-corporations (and their integrated platforms), the recent merger wave in this industry will lead to entrench the market power of the dominant players for the decades to come and to freeze the innovative effort to R&D that is compatible with the business model of the incumbents.
Структура рынка электроэнергии: рынок форвардных контрактов и стимулы к молчаливому сговору
Спиридонова О. И. Современная конкуренция. 2010. № 23(5). С. 15-24.
Конкурентная политика: состав, структура, система
Авдашева С. Б., Шаститко А. Е. Современная конкуренция. 2010. № 19(1). С. 5-20.