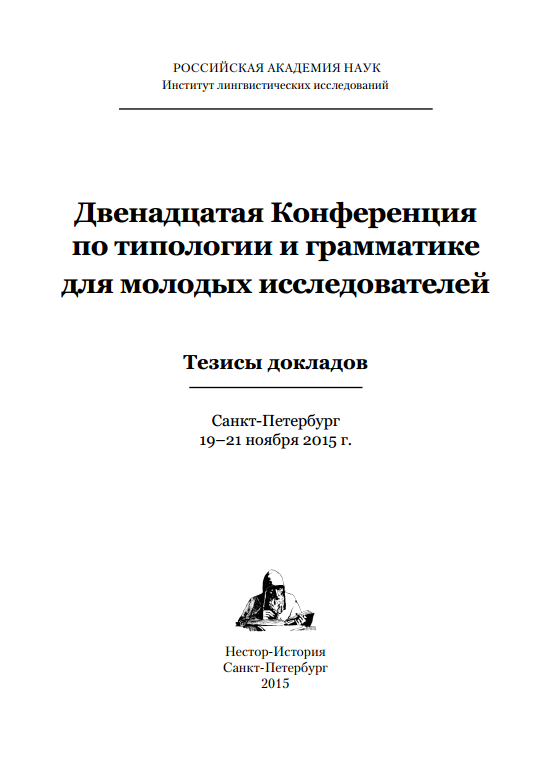 This paper is devoted to the use of two tools for creating morphologically annotated linguistic corpora: UniParser and the EANC platform. The EANC platform is the database and search framework originally developed for the Eastern Armenian National Corpus (www.eanc.net) and later adopted for other languages. UniParser is an automated morphological analysis tool developed specifically for creating corpora of languages with relatively small numbers of native speakers for which the development of parsers from scratch is not feasible. It has been designed for use with the EANC platform and generates XML output in the EANC format.

UniParser and the EANC platform have already been used for the creation of the corpora of several languages: Albanian, Kalmyk, Lezgian, Ossetic, of which the Ossetic corpus is the largest (5 million tokens, 10 million planned for 2013), and are currently being employed in construction of the corpora of Buryat and Modern Greek languages. This paper will describe the general architecture of the EANC platform and UniParser, providing the Ossetic corpus as an example of the advantages and disadvantages of the described approach.

Frequency effects in language representation
Edited by: D. Divjak, S. Gries. Berlin: De Gruyter Mouton, 2012.
The volume explores the relationship between well-studied aspects of language (constructional alternations, lexical contrasts and extensions and multi-word expressions) in a variety of languages (Dutch, English, Russian and Spanish) and their representation in cognition as mediated by frequency counts in both text and experiment. The state-of-the-art data collection (ranging from questionnaires to eye-tracking) and analysis (from simple chi-squared to random effects regression) techniques allow to draw theoretical conclusions from (mis)matches between different types of empirical data. The sister volume focuses on language learning and processing.
Proceedings of the Seventh conference on International Language Resources and Evaluation (LREC'10), Valletta, Malta, 17-23 May 2010
Valletta: ELRA, 2010.
Clitics In The Beserman Dialect Of Udmurt
Arkhangelskiy T. Linguistics. WP BRP. НИУ ВШЭ, 2014. No. 10.
The Beserman dialect of the Udmurt language has a large number of clitics, mainly discourse markers, which have never been described in detail. These clitics occur very frequently in texts and often appear in clusters. The rules which govern the ordering of clitics within a cluster are especially interesting because the binary relation “clitic A normally precedes clitic B in a cluster” proves to be intransitive, thus making it impossible to use a clitic template to describe the ordering. In this paper, the rules which govern placement of individual clitics in a sentence and their mutual order in clusters are described. The research is based on a corpus of approximately 64,000 tokens and the authorʼs own field data collected in the village of Shamardan, Yukamensk region, Udmurtia.
What is the jussive for? A study of third person commands in six Caucasian Languages
Dobrushina N. Linguistics. 2012. Vol. 50. No. 1. P. 1-25.

Spatial Meanings and Russian Prosody: a Corpus Study
Khudyakova M. Linguistics. WP BRP. НИУ ВШЭ, 2014
The objective of this paper is to see if we can find prosodic features that can express spatial meanings on corpus material. The main two questions that we try to answer are: 1. What prosodic instruments express spatial meanings? 2. What characteristics of space are coded by prosody in Russian language? The source of the data is the "Stories about dreams" (which contains 129 stories (24 hours of recorded speech).