Ghostly Knights: Kings’ Funerals in 14th Century Europe and the Emergence of an International Style

P. 149-163.
Boytsov M.
Language: English
Full text (PDF, 8.15 Mb)
Text on another site
Keywords: funeralsfunerals of princessymbolismsymbolism of powerMiddle Ages
Publication based on the results of: Eastern and Western Europe in the Middle Ages and Early Modern Period: historical and cultural commonalities, regional peculiarities and the dynamics of interaction(2015) 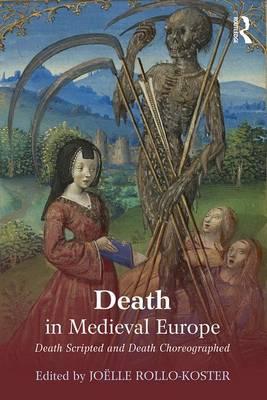 Death in Medieval Europe: Death Scripted and Death Choreographed
Edited by: J. Rollo-Koster. L.; NY: Routledge, 2016.
Similar publications
Symbolism and Mythology of the Ancients: an Outline of Georg Friedrich Creuzer’s Argument
Shalaeva A. Humanities. HUM. Basic Research Programme, 2014. No. 80.
This paper seeks to establish German Romanticism as the foundation for the process of formation of the humanities as a discipline. The research aims to enquire into the ideas that were crucial for the formation of mythology into discipline. The research explores the role of the romantic philosopher and philologist Friedrich Creuzer’s arguments in relation to the history of science of mythology. The findings of the research illustrate the impact of the different positions in the debates surrounding mythology in the age of German Romanticism and German Idealism on the development of the humanities as a discipline. At the same time as he was studying the symbolism and mythology of the ancients he was acutely influenced by romantic ideas. We suggest that this fact is crucial for the interpretation of the history of mythology as a subject and as a discipline along with the complex interactions between historical, philological and philosophical arguments in Creuzer’s work.
Осмысление и создание поэтики символизма в творчестве Стефана Малларме
Линкова Я. С. Литературоведческий журнал. 2013. № 33. С. 124-142.

The paper analyzes certain key moments in the appearance of Symbolist poetics in the works of Stéphane Mallarmé, for whom the theoretical foundation for new ideas regarding art, and reflection on the nature and mystery of his own oeuvre were both of primary importance. Special attention is given to such essential articles of the poet as “Artistic Heresy. Art for everyone” , “The Crisis of the Verse”, etc., with a focus on the principal elements of his theory of the symbol, which led to the creation of a new poetic language.

The article analizes the ritual of setting of ecclesiastical and secular princes upon altar'a mensa during inauguration rituals, practicised in the Middle Ages.

The Scientific Study of Myth: Romantic Account of Symbolism and Mythology
Shalaeva A. Humanities. HUM. Basic Research Programme, 2015. No. 100.
The present study seeks to investigate the arrangement of the science of mythology at the turn of the 19th century, and an understanding of the scientific work, which enabled to consider mythology a discipline. The research in a case of interpretation of the notions of myth and symbol explores prerequisites and framework for the study. The findings of the research illustrate the role of the disciplinary argument and publishing strategies in the debates surrounding mythology’s conceptual bases. The research demonstrates that at the turn of the 19th century mythology was established both as a subject of research and as a discipline in its own right on the crossroads of disciplinary arguments, knowledge differentiation and knowledge distribution strategies.
Universitas historiae. Сборник статей в честь Павла Юрьевича Уварова
Edited by: А. О. Чубарьян М.: ИВИ РАН, 2016.
Der Schirm des Papstes, der Sonnengott und die historischen Wege Russlands
Bojcov M. A. In bk.: Prozessionen, Wallfahrten, Aufmärsche: Bewegung zwischen Religion und Politik in Europa und Asien seit dem Mittelalter. Köln; Weimar; Wien: Böhlau Verlag, 2008. P. 163-203.

The article is centered on the custom of using of such a specific insignia as parasol in processions of western princes during the Middle Ages.

This book brings together a group of leading experts on the political history of Germany and the medieval Empire from the Carolingian period to the end of the Middle Ages. Its purpose is to introduce and analyze key concepts in the study of medieval political culture. The representation of power by means of texts, buildings and images is a theme which has long interested historians. However, recent debates and methodological insights have fundamentally altered the way this subject is perceived, opening it up to perspectives unnoticed by its pioneers in the middle of the twentieth century. By taking account of these debates and insights, this volume explores a series of fundamental questions. How was power defined in a medieval context? How was it claimed, legitimized and disputed? What were the moral parameters against which its exercise was judged? How did different spheres of political power interact? What roles were played by texts, images and rituals in the maintenance of, and challenges to, the political order? The contributors bring varied and original approaches to these and other questions, illuminating the complex power relationships which determined the changing political history of medieval Germany.

Official and non.official social discourse of the death in the Soviet Union.

Paul Claudel «L’annonce Faite A Marie»: A Study Of Genre
Sabashnikova A. Literary Studies. WP BRP. Высшая школа экономики, 2015. No. WP BRP 06/LS/2015.
The paper looks at the singular genre of Paul Claudel’s 1911 drama, which the author himself defined as a mystery play. This work is studied as a sort of genre experiment, which became possible in the early 20th century, owing to the blurring of borders typical for Symbolist theatre. One can define two specific levels in the subject matter of the piece: the dramatic one, the actual story and the one reminding us of a mystery play, which shows the events in a universal light, symbolically reflecting the principal episodes of sacred history. A detailed analysis of the interaction between these two planes covers the list of personages and their character, the symbolic meaning of different images and developments of the story, spatial and temporal relations, as well as the influence of liturgy. The author comes to the conclusion that Claudel in «L’Annonce faite à Marie» achieves a unique synthesis of genres, reanimating certain features of a Medieval mystery, and in this way continues with his Symbolist drama the centuries-old tradition of Catholic theatre