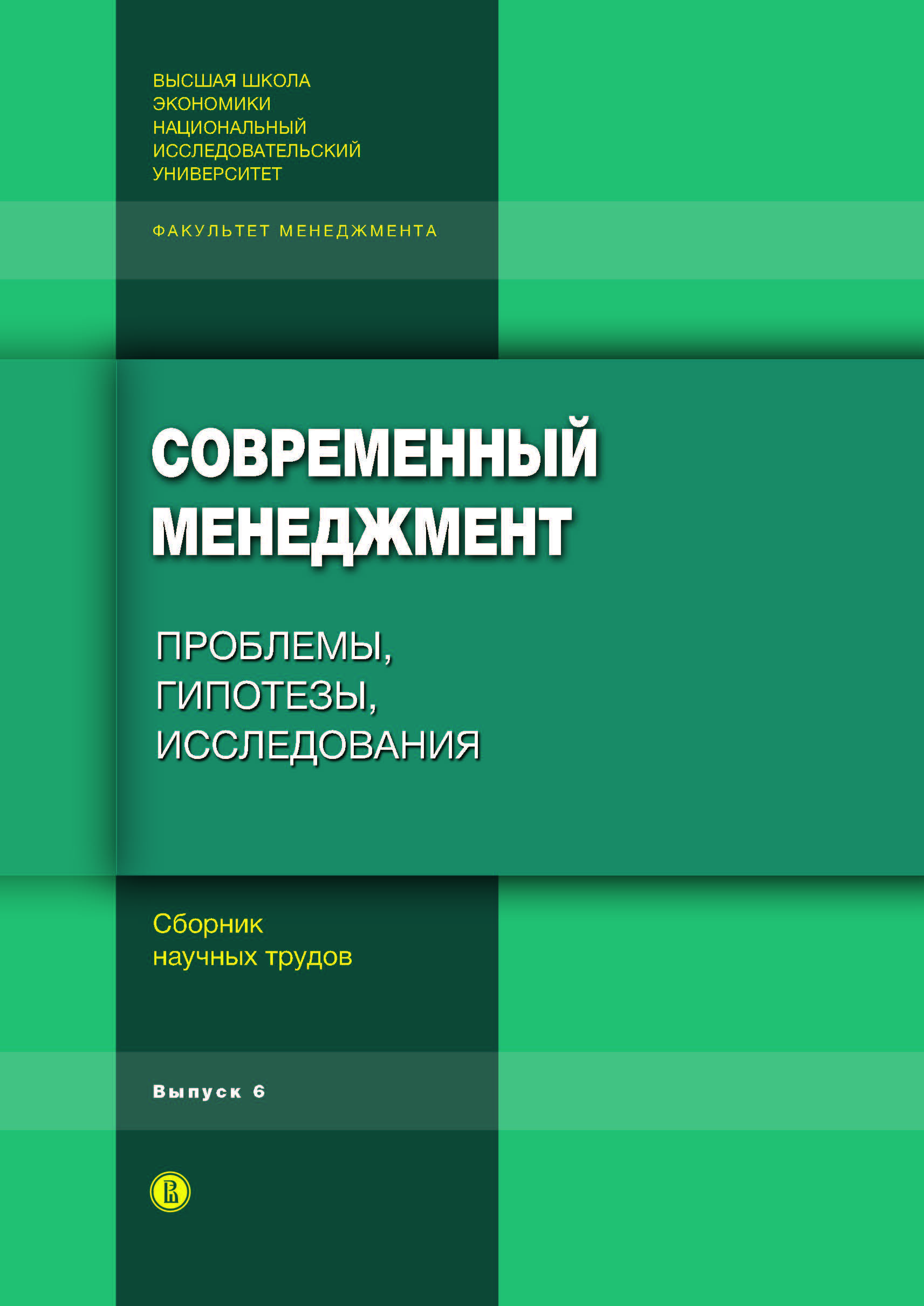 International Marketing Trends Conference, Venice, 19th-21st January 2012
P.; Venice: ESCP Europe - Universita Ca'Forcari Venezia, 2012.
Будущее цепей поставок в интеграции на макро-уровне
Сабаткоев Т. Р., Султанов Р. Р. Логистика и управление цепями поставок. 2012. № 2 (49). С. 25-32.
At this article we describe the benefits from integration not just within one supply chain, but within a net of different supply chains around the world. Today, there is no single methodological approach to integration with companies from different supply chains. However, with thoughtful approach to information management all potential risks from integration with vendors from other supply chains can be minimized, and at the same time benefits from integration with vendors from other supply chains can improve the efficiency of each integrated company, improving its competitive advantage. We will show which major issues the integration on global level can solve, from which modules the integration system should consist and which principles it should follow.
Корпоративная логистика: 300 ответов на вопросы профессионалов
Сергеев В. И., Стерлигова А. Н., Дыбская В. В. и др. М.: ИНФРА-М, 2018.
Организация адаптивного диалога в системе анализа и принятия решений
Герасимов Н. А., Василец В. М. В кн.: Человеческий фактор в авиации и космонавтике: потенциалы и ресурсы. Сборник научных трудов Московского авиационного института (Государственного технического университета). Т. 3. М.: Полет, 2010.
Russian Firms: Business Environment, Internal Organization and Behavior // In «Russia e Europa dell’Est: Progetti e prospettive di crescite»
Dolgopyatova T. G. Serie di Studi Scentifici. University of Verona: Polo Scientifico Diddattico «Studi sull’ impresa» and Center for International Studies, 2012. No. 1.
The paper studies recent development in organization and behavior of Russian firms against the background of economic growth, the world crisis and post-crisis recovery. The main focus of the paper is a problem of investment, including foreign direct investment as a key determinant of Russian enterprises restructuring and modernization. In the context special attention was paid to description of external economic and institutional conditions for development of Russian firms, and their internal characteristics as stock ownership, corporate governance and behavior. The paper concludes with discussions of post-crisis prospects and economic policy matters.
Материалы межрегиональной научно-практической конференцией "Дополнительное образование - 2009": "Экономика знаний для руководителей и специалистов строительных компаний в целях формирования собственного видений путей преобразования и развития бизнеса в строительстве"
Edited by: В. В. Акимов Н. Новгород: Издательский салон ИП Гладкова О.В., 2009.
Political Globalistics
Grinin L. E., Korotayev A. In bk.: Globalistics and Globalization Studies: Theories, Research & Teaching. Volgograd: Uchitel, 2013. P. 335-347.
The globalizing world needs more and more the globalizing social knowledge. That is why we experience such an acute defi cit in productive metaconcepts and macromethods that could make it possible for us to study the development of both polities and suprapolitical systems in the global temporal and spatial perspective, that would provide us with a reliable methodology of the connection between the micro- and macrolevels, between the local and the global, with an instrument allowing to compare political systems in an objective way using various parameters, to detect macrotrends within the enormous historical diversity, to identify causal hierarchies affecting processes of political globalization, and so on. In recent years Political Globalistics in Russia has been developing within a number
Corporate governance and control in Russian banks
Vernikov A. V. Munich Personal RePEc Archive. University Library of Munich, 2008. No. 10028.

Применение информационных и космических технологий в задачах о движении небесных объектов
Чумаченко Е. Н., Кулагин В. П., Назиров Р. Р. и др. Информатизация образования и науки. 2011. № 3 (11). С. 178-187.
One of directions of activity of the scientifically-educational centre "SPACE" created by the Moscow state institute of electronics and mathematics (technical university) and Space research institute of the Russian Academy of Sciences is discussed. The general statements of problems connected with working out of models of movement of asteroids and comets taking into account not gravitational indignations and construction of models for measurement of trajectories are considered. On a space vehicle orbit in a vicinity of libration’s points the traffic control model is discussed with application of a solar sail with operated reflective characteristics.
The “Conversation Partner” Phenomenon in the Dialogical I-Other Relationship
Starovoytenko E. B., Derbeneva A. Psychology. PSY. Высшая школа экономики, 2016. No. WP BRP 69/PSY/2016 .
This paper develops a new approach to study one’s relationships with others, focusing on the conditions and the effects of the dialogical nature of a person. Theoretical modelling, hermeneutics, qualitative and quantitative methods are applied. A solution for detecting the conditions of self-development and social positioning of a person, which are rooted in dialogical I-Other relationships, is suggested. The originality of the paper is found in describing the relation to the other as the I-Other relationship; in the elaborated model that highlights how different dimensions of I-Other relationships (between I and Other, I-in-Other, Other-in-I, I-in-Myself) leads to truly a dialogical mode of being; in revealing the potentials of the Conversation Partner in dialogical I-Other relationships (subjective interrelations and the significance of Conversation Partners, their activity, the fullness of the reflection of significant Conversation Partners); in the description of different “hypostases” of Conversation Partners (real, ideal, imagined, secret, I as Myself) by means of hermeneutics; in the “My Conversation Partner” method; and in the empirical study of existential and social resources of Conversation Partners. The theoretical background of the study is formed by the works of M. Bakhtin, M. Buber, M. Heidegger, J.-P. Sartre, E. Levinas, and by the works of modern psychologists such as G. M. Kuchinsky, A. V. Rossohin, E. B. Starovoytenko, C. T. Brown, P.W.Keller, H. Hermans, F. Rivetti Ваrbo. The results show the potentials of social adaptivity, affiliation, dominating, positive solitude, joy of solitude, freedom, self-transcendence, existential fulfilment are associated with the richness of one's Conversation Partners. A real Conversation Partner is associated with a greater affiliation resource, a secret one with a greater solitude resource, an ideal one with a higher potential to constructively dominate the interaction.
Procurement system for distribution company on global level
Сабаткоев Т. Р., Султанов Р. Р. В кн.: Flexibility and adaptability of global supply chains. СПб.: 2012. С. 147-153.