Let G be an almost simple simply connected complex Lie group, and let G/U− be its base affine space. In this paper we formulate a conjecture, which provides a new geometric interpretation of the Macdonald polynomials associated to G via perverse coherent sheaves on the scheme of formal arcs in the affinization of G/U−. We prove our conjecture for G = SL(N) using the so called Laumon resolution of the space of quasi-maps (using this resolution one can reformulate the statement so that only “usual” (not perverse) coherent sheaves are used). In the course of the proof we also give a K-theoretic version of the main result of Negut (2009). 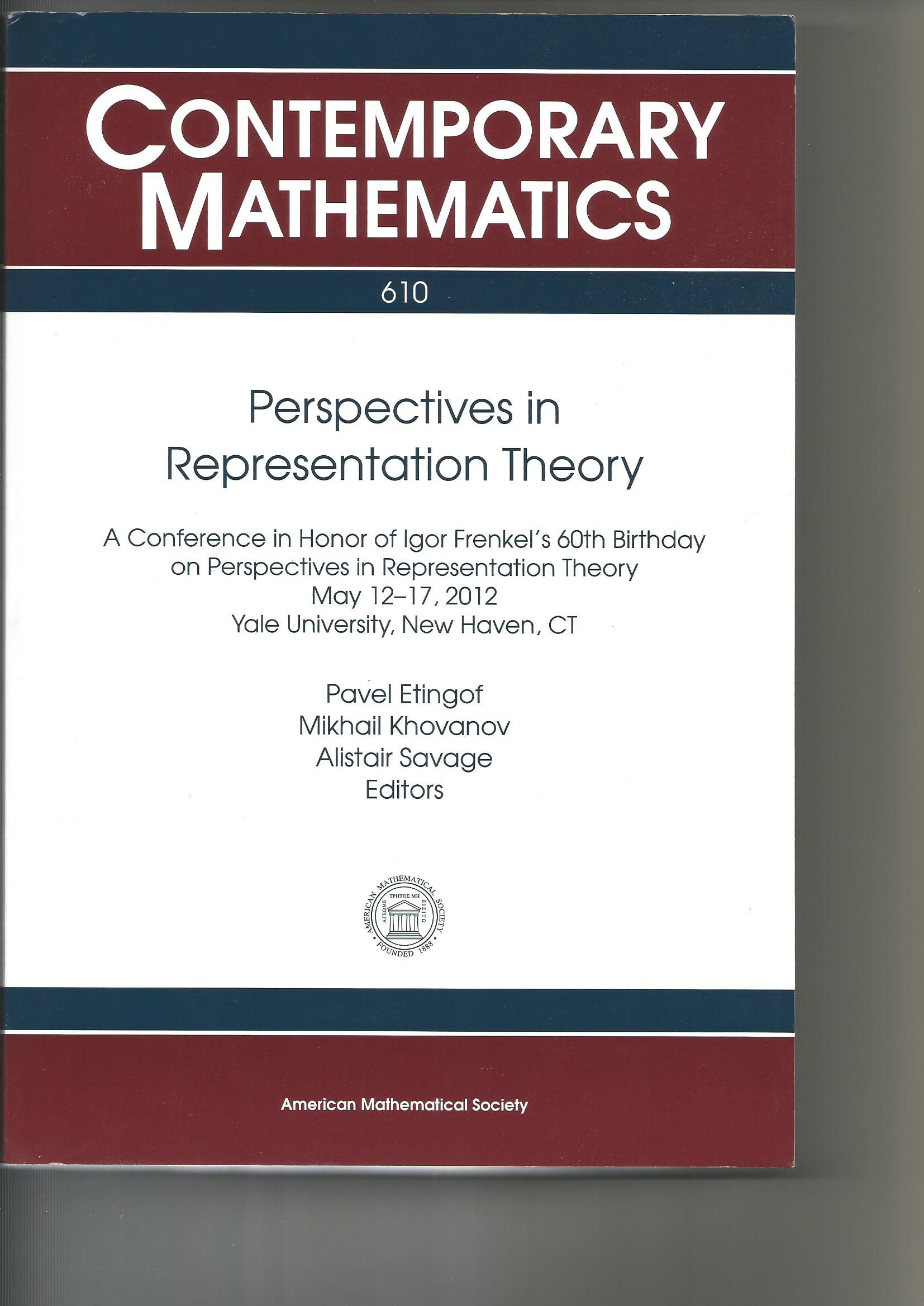 This is a survey of the author's and his collaboratots' recent works on the quasiflags' moduli spaces introduced by Gerard Laumon some 25 years ago. These spaces are used in the study of geometric Eisenstein series, quantum cohomology and K-theory of the flag varieties, Weyl modules, Nekrasov partition function of N=2 supersymmetric gauge quantum field theory.

Extremal part of the PBW-filtration and E-polynomials
Feigin E., Cherednik I. arxiv.org. math. Cornell University, 2013. No.  arXiv:1306.3146.
Given a reduced irreducible root system, the corresponding nil-DAHA is used to calculate the extremal coefficients of nonsymmetric Macdonald polynomials, also called E-polynomails, in the limit t=infinity and for antidominant weights, which is an important ingredient of the new theory of nonsymmetric q-Whittaker function. These coefficients are pure q-powers and their degrees are expected to coincide in the untwisted setting with the extremal degrees of the so-called PBW-filtration in the corresponding finite-dimensional irreducible representations of the simple Lie algebra for any root systems. This is a particular case of a general conjecture in terms of the level-one Demazure modules. We prove this coincidence for all Lie algebras of classical type and for G_2, and also establish the relations of our extremal degrees to minimal q-degrees of the extremal terms of the Kostant q-partition function; they coincide with the latter only for some root systems.
Highest weight categories and Macdonald polynomials
Khoroshkin A. 1312. 1312.7053. arXiv.org, 2013. No. 1312.7053.
The aim of this paper is to introduce the categorical setup which helps us to relate the theory of Macdonald polynomials and the theory of Weyl modules for current Lie algebras discovered by V.\,Chari and collaborators. We identify Macdonald pairing with the homological pairing on the ring of characters of the Lie algebra of currents. g⊗C[x,ξ]. We use this description in order to define complexes of modules whose Euler characteristic of characters coincide with Macdonald polynomials. We generalize this result to the case of graded Lie algebras with anti-involution. We show that whenever the BGG reciprocity holds for the corresponding category of modules then these complexes collapse to the modules concentrated in homological degree0. The latter modules generalizes the notion of Weyl modules for current Lie algebras and the notion of Verma modules in the BGG category O. We give different criterions of BGG reciprocity and apply them to the Lie algebra of currents $g\otimes\C[x]$ with g semisimple.
perspectives in representation theory
Finkelberg M., Braverman A., Shiraishi J. Vol. 610: perspectives in representation theory. Providence: American Mathematical Society, 2014.

Let G be an almost simple simply connected complex Lie group, and let G/U be its base affine space. In this paper we formulate a conjecture which provides a new geometric interpretation of the Macdonald polynomials associated to G via perverse coherent sheaves on the scheme of formal arcs in the affinizationof G/U. We prove our conjecture for G=SL(N) using the so called Laumon resolution of the space of quasimaps. In the course of the proof we also give a K-theoretic version of the main result of Negut.