Research hypothesis derives from ‘post modern’ theoretical assumptions (Mouffe, 2004: 87) on the contingent and political nature of the social and plays with two important variables; on one hand the ‘democratic deficit’ as the political stagnation of post 1990’s liberal democracies with the universalisation of neoliberal dogmas, a degrade of democracy to a cumulative procedure, and the diminishing of politics into a form of public management (Bauman, 2006); on the other hand, a chronologically simultaneous ‘rise of the particulars’ (Beck, 1999; Laclau, 2000) and the latter’s potential for new politics. 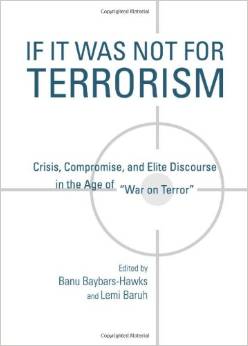 If It Was Not for Terrorism: Crisis, Compromise, and Elite Discourse in the Age of War on Terror
Edited by: L. Baruh, B. Baybars-Hawks. Cambridge: Cambridge Scholar Press, 2011.