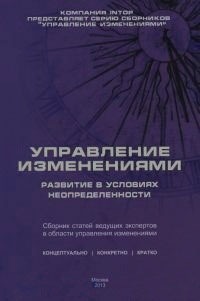 The Costs of Worker Displacement in Urban Labor Markets of China
Ge Y., Lehmann H. Проблемы рынка труда. WP3. Высшая школа экономики, 2013. No. WP3/2013/06.
This paper analyzes the costs of job loss in China, using unique new data from the Rural-to-Urban Migration in China (RUMIC) data set for the year 2009. We investigate conventional labor market outcomes upon displacement like the length of unemployment spells, hours worked and monthly earnings. We also analyze whether displaced workers are more likely to be in informal employment relationships or selfemployed or less happy than their non-displaced counterparts. We also look at health and psychic costs as additional outcomes. Displaced migrant workers do not encounter losses in terms of longer unemployment spells or wage penalties, while urban displaced workers incur very large costs in terms of these two outcomes. These results point to segmented urban labor markets in China. All displaced workers have an increased likelihood of being informal, while only migrants among the displaced experience a lowered incidence of self-employment. Also, health costs and psychic costs can be linked to displacement although these costs are not prevalent in a uniform fashion. Stratification of the data by gender, level of development and ownership seems important as it shows substantial heterogeneity of the costs of job loss across these dimensions.
Zur Frage der interkulturellen Kommunikation. Grüßen. Anreden. Abschied
Kaftaylova N. A. In bk.: Материалы 53 научно-практической конференции преподавателей и студентов. Prt. 2. Blagoveshchensk: 2003. P. 90-94.

The article is about the intercultural communication.

China and Russia: Institutional coherence between the banking systems
Vernikov A. V. Economics Working Paper. UCL SSEES Centre for Comparative Economics, 2014. No. 130.
We use statistical data from 2000 to 2013 to compare the macro-level structure and the core institutions of the banking systems in China and Russia.
Теория межкультурной коммуникации
Таратухина Ю. В., Безус С. Н. М.: Юрайт, 2016.