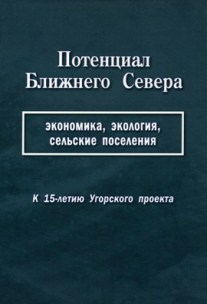 Different approaches to defining the term «downshifting» are considered. Conception of downshifting as an actual social tendency is presented. Necessity of modern downshifters images presented in mass media is substantiated. Interviews with downshifters published in electronic mass media during 2008-2010 are analyzed in the empirical research. Three types of «successful downshifters» are identified: 1) experience seekers, who are not fixed on a single activity and are seeking new areas for self-realization; 2) those who successfully made their childhood hobby a profession; 3) seekers of calm, harmonic and natural life outside of big cities (developing countries – Thailand, Egypt, India and rural territories in Russia).

“National heritage” of “nation of tele-viewers: the transformation of Russian Television”, 2014- 2016 (by Anna Kachkaeva). The article offers an in- sight into the structure of Russian media scene and the main strategies media holdings choose to follow in the new communication media space. All major business deals in 2013-2015 were made by the three major groups of companies – NMG, GPM and VGTRK. Those deals usually involved emerging media or content providers. All groups worked to- ward the integration between each other and within the structures, building a complete management cycle of cinematographic and TV content – from pro- duction to distribution. They would either purchase production companies or channels, or launch addi- tional thematic channels and included them in the cable TV packages of major media holdings. Radio stations and TV channels of small media groups not associated with a small groups of large owners, were bought out. In some cases, the buyer would acquire a blocking stake at Satellite Service Provider Com- pany, or video-on-demand services would merge with the largest distribution network of legal content in Russian internet segment, which would then post the video on Russian online mediums, including VKontakte social network. The outdated concept of classic culture was replaced in the post modernistic media environment by a “mosaic culture” (A.Mol). People have gradually adjusted to the “information blitz” (A.Toffler) – news, videos, news-clips – a constant stream of fragmentary knowledge, facts, evaluations, both true and fiction. The purpose of such a fragmentary stream is to produce emotions, whereas the “live TV wars” maintain a state of gen- eral anxiety in the public. The metaphor of War on Terror activated the Fear Frame (and, consequent- ly, anger and anxiety). The “patriotism” triggered “enthusiasm” and mobilized the society around the leader and the government. Media confrontation became permanent (war as a TV show). Active “war in media” lasting for many months has a significant influence on the public opinion. Traditional meth- ods of media wars – ignoring the facts of casualties and number of losses among the combatants, emo- tional emphasis on the civilian deaths and sufferings are amended with massive fakes sold as true facts, reinforced with a rapid distribution of unverified information in social networks (often staged with specialized media tools by “bots and “trolls”). The three major TV channels – 1TV, Russia 1 and NTV are the main source of news for more than 85% of Russians. They not only over- simplify the world- view, but also produce and distribute the emotions, including reconstructions, stagings and media fakes.

The article presents the results of a television consumption survey of rural residents. We prove that people choose the TV content that corresponds to their mindset. This is true to people of all ages and socio-cultural status. These views suggest that the villagers are in a state of social depression - they tend to become less sensitive and more alienated towards symbols, values and conventions of the present-day media. Thus we introduce the term "depressive media consumption" that refers to this rural viewing pattern.

Specific features of social complexity are under consideration in the article. It is shown that trends of social development are formed as a result of self-organization out of intentional or unintentional actions of individuals. The understanding of possibility of setting of trends, stimulation of innovation development, and construction of desirable and favorable future is of great significance in the modern world.

The paper aims at elaborating a new approach to events as basic elements of the social. With this paper the author starts a new large project “Theory of social events”. Events are meaningful units observed as occurrences in space and time. The intervals of time and pieces of space both are indivisible for an observer, therefore containing no smaller events. However the events are interrelated, they have logical construction, implying both a number of other possible events and a kind of inner heterogeneity. Event are framed in situations and figurations, they can have a relativist and an absolute character for the observer and/or participants in social life. One kind of the logical implications they have is the past that must have been for an event to occur. This is the logical structure of the argument proposed here.

The evolutionary model elaborated by Sergei P. Kurdyumov is considered in the article. Some key ideas put forward by him constitute a basis for development of the methodology of sudy of complex selforganizing systems, called also synergetics. Four important theoretical notions form a fundament of this evolutionary model: connection between space and time, complexity and its nature, blow-up regimes, in which self-organization and rapid, avalanche-like growth of complexity occur, evolutionary cycles and switching of different regimes as a necessary mechanism for maintenance of “life” of complex structures. The methodology allows to understand the nature of innovative shifts in nature and society and to show a possibility of management of innovative processes and of construction of desirable future. Some approaches for possible application of this model for understanding of dynamics of complex social, demographic and geopolitical system are discussed.