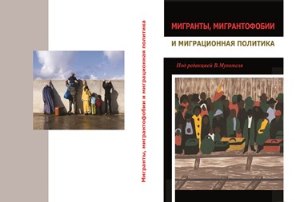 This compendium comprises transcripts of the two workshops on 'Empowering displaced people and migrants through online services' and 'Free Software and Human Rights on the Internet' organized by the Higher School of Economics on the 8th Internet Governance Forum (Bali, Indonesia, 22–25 October, 2013) and relevant articles on legal and technological issues of Internet Governance in sphere of human rights, prepared by the group of legal and technical scholars of information studies. This compendium is devoted to the 9th Meeting of the Internet Governance Forum held in Istanbul, Turkey, 2–5 September  2014.

This book is novel not only in its theoretical framework, which places racialisation in post-communist societies and their modernist political projects at the centre of processes of global racism, but also in being the first account to examine both these new national contexts and the interconnections between racisms in these four regions of the Baltic states, the Southern Caucasus, Central Asia and Belarus, Moldova and Ukraine, and elsewhere. Assessments of the significance of the contemporary geopolitical contexts of armed conflict, economic transformation and political transition for racial discourse are central themes, and the book highlights the creative, innovative and persistent power of contemporary forms of racial governance which has central significance for understanding contemporary societies.

The book will be of interest to scholars and students in the areas of racism and ethnicity studies.

Childbearing After Repartnering Among Russians, Russians Migrants and Estonians: Prevalence and Determinants
Churilova E., Zakharov S. V. Working Papers. SSRN, 2017
The collapse of the USSR and structural changes in society gave rise to family and marriage transformations in Russia and other post-Soviet countries of Eastern Europe. Estonia is among the examples of rapid marriage transformation and the spread of cohabitations and extramarital births. At the same time, throughout the post-war era Estonia accepted Russian migrants. Studies show that the adaptation of the Russian population in Estonia proceeds slowly, and that patterns of matrimonial behavior among the Russian migrants and their descendants in Estonia are closer to patterns of ethnic Russians in Russia. In this study, the Generation and Gender Survey data for Russia (2004) and Estonia (2005) were used to analyze the prevalence of first and second childbirths in first and higher-order unions and the determinants of fertility after repartnering among the Russian and Estonian populations in Estonia and Russians in Russia. We consider the impact of partners’ age and parenthood status at the beginning of higher-order unions, as well as social variables (e.g. education, type of settlement and ethnicity).  The results show that the contribution of higher-order unions to total fertility increased significantly in all studied populations. However, first childbirths in high-order unions are rare among both the Russians and the Estonians, second births after repartnering are more widespread among Russians in Russia. Divorces and separations significantly increase the interval between first and second births, but there is no difference in time interval duration between the three considered population groups. The determinants of childbearing among Russians in Russia and Estonia in higher-order unions are very similar: they are the age of women, the type of habitation and the initial nature of the union. The effect of the parenthood status and marriage cohort is individual for each population group: in Russia, if a male partner has no child(ren) from previous relationships, the couple has a higher chance of having a mutual child. The probability of childbearing after repartnering significantly increased in 1990-1999 in Estonia.
СОЦИАЛЬНО-ПСИХОЛОГИЧЕСКАЯ АДАПТАЦИЯ МИГРАНТОВ В СОВРЕМЕННОМ МИРЕ. Материалы 2-й Международной научно-практической конференции
Edited by: В. В. Константинов М.: Издательство "Перо", 2014.
6.2. Язык описания «столыпинских» переселенцев в служебной аналитике Переселенческого ведомства
Галеткина Н. Г. В кн.: Переселенческое общество Азиатской России: миграции, пространства, сообщества. Иркутск: Оттиск, 2013. Гл. 6.2. С. 555-573.
Аккультурационные ожидания и установки по отношению к мигрантам принимающего населения города Москвы
Ефремова М. В. Альманах современной науки и образования. 2012. Т. 67. № 12. С. 51-54.
The Effect of Male Migration on Employment Patterns of Womens in Nepal
Lokshin M., Glinskaya E. World Bank Economic Review. 2009. No. vol.23 issue 3. P. 481-507.
Mobile applications and Internet of Services for the empowerment of displaced people and migrants
Komarov M. M., Maltseva S. V. In bk.: Human Rights on the Internet: Legal Frames and Technological Implications. Iss. 2. M.: Higher School of Economics Publishing House, 2013. Ch. 1. P. 60-68.

Due to the technological development we faced problem of not implementing new technologies in order to help displaced people and refugees or sometimes we only introduce some basic services. It is necessary to remind about disasters which we unfortunately can’t predict and which usually completely change citizens’ life. People have to move from their neighborhood to other places (usually) to other countries where they do not know local cultural specification and traditions, local laws and they are not able to assimilate easily.

Technological development already introduced to us global networks – like Internet and GSM, and mobile technologies and devices – like cellphones, tablets and laptops.

The most common and popular solution is our cell phone. For the last 10 years manufacturers brought cell phones to the new level of development – with cell phone hardware and software called mobile applications which resulted to the fast growth of mobile devices and applications popularity. Mobile devices give us mobility and it is one of the key factors made them popular.

Face and facework concepts are considered as well as interconnection between facework strategies and conflict styles is described. Special attention is devoted to facework meaning in migrants and members of receiving society interaction.

Estimating effects of 2007 family policy changes on probability of second and subsequent births in Russia
Biryukova S., Sinyavskaya O., Nurimanova I. Sociology. SOC. Высшая школа экономики, 2016. No. WP BRP 68/SOC/2016.
From 2007 to 2014 total fertility rate in Russia increased from 1.42 to 1.75. To what extent this growth is related to a package of family policy measures introduced in 2007? Although the maternity (family) capital program is the most well-known innovation of the 2007 reform, we argue that the new rules of monthly childcare allowance assignment is its another major component. Since all measures were introduced simultaneously, it is only possible to estimate their cumulative effect on subsequent fertility behavior. Using panel Russian Generations and Gender Survey data collected in 2004, 2007 and 2011 this study assesses how family policy changes introduced in 2007 were related to the fertility behavior in Russia in recent years. We find a statistically significant increase in the chances of having second and subsequent births in September 2007 to Summer 2011 in comparison with the period of Summer 2004 to September 2007. We interpret that as a cumulative effect of the 2007 policy changes. We acknowledge that the observed effects might be related only to the calendar shifts in fertility behavior and further data and studies are needed to make any conclusions about completed fertility of the cohorts affected by 2007 family policy measures.