The author summarizes all the data on the institute of pol’udie in Old Rus’ from the late 9th to the early 16th century and concludes that this institution had transformed. At first, in “tribal” society pol’udie was gifts and food which population gave voluntarily to their leaders/rulers when they went round over a territory of a given “tribe”. Then, under the Rus’ rule, the gifts and food were combined with an obligatory tribute which was collected during the circle-trips, and these trips were called pol’udie (10-11th centuries). Beginning at the early 12th century the pol’udie evolved into one tax collected in naturalia or money in favor of a prince or his agents or his beneficiaries. 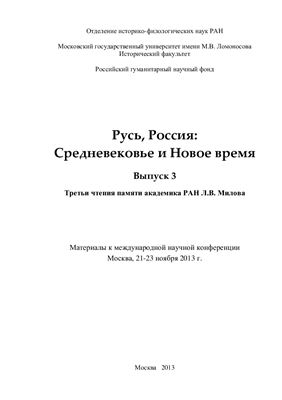