‘People of Celebrity’ as a New Social Stratum and Elite

As is well known, inequality is typical of every or at least most societies (e.g., Davis and Moore 1945: 243). Sociology considers power, wealth, prestige, status and privileges to be the main social benefits and resources, whose distribution defines the major forms of inequality (see e.g., Davis 1942; Smelser 1988; Lenski 1966; Sullivan 1998; Collins 2004)1. Sometimes education (or more generalized – ‘skill capital’ [Perrucci and Wysong 1999]) is included in this list. For instance, Berger points out that education is the main ‘capital’ of the new ‘knowledge-class people’ (Berger 1986; see below about it; see also Coser and Znaniecki 1968; Gouldner 1978); Giddens supposes that education reflects and affirms the existing inequality rather than encourages its elimination (Giddens 1993). Toffler and others quite rightly regard knowledge among such resources (see e.g., Toffler 1990). 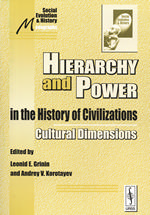