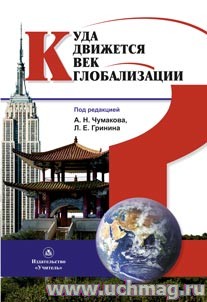 With a view to early detection of statistical instability of water quality, it is necessary to analyze the probability of deviations of parameters under inspection from their most probable values. It is shown the outlook of using in this case time-frame inspection charts enabling to fix with high reliability the exit of the system from sustainable state, and on this basis to make management decisions, such as on the transfer of water management into emergency mode of operation or on the need to find the source of instability.

Russia’s Water Resources 2030: Plausible Scenarios
Saritas O., Proskuryakova L. N., Sivaev S. Science, Technology and Innovation. WP BRP. Высшая школа экономики, 2015. No. 42.
The research presented in this paper focuses on the sustainable use of water resources in Russia based on a Foresight study with a 20-year time horizon. The study uses a scenario-planning method to develop four trajectories: economic depression, economic stagnation, visionary future, and national priority. These four trajectories offer significantly different yet plausible alternative futures. The current paper draws upon the earlier horizon scanning activity, which identified a set of trends, weak signals and wild cards, along with their implications for water resources in Russia. Based on this work, it identifies key factors and indicators, which may characterize future developments in the following domains: (i) the sustainability of water systems; (ii) water use by households and industry; and (iii) new water products and services. The evolution of variables and indicators will then be considered under the scenarios termed ‘Nearly perfect future’ (economic growth), ‘Problem conservation’ (economic stagnation), ‘Losses and accidents’ (economic depression), and ‘National priority’ trajectories. The paper concludes with a brief description of further research directions, including a discussion on the probability of the scenarios being implemented. Russian policy makers and water companies may use the scenarios to adapt (i.e. plan for timely responses), avert certain undesirable future developments, or approximate the visionary future of the sector.
Assessment Report: Climate change and its impact on ecosystems, population and economy of the Russian portion of the Altai-Sayan Ecoregion
М.: Всемирный фонд дикой природы, 2011.

The chapter discussed the problems of the Russia’s economic competitiveness in the booming years prior to 2008 economic crisis. We estimate the competitive advantages and weaknesses, and analyze the contribution of innovations into the growth dynamics pattern.

In the next chapter of the textbook on economic comparative studies explores the process of nationalization of the economy and the emergence of administrative and planning system in the USSR, analyzes form deficit economy and the peculiarities of the black market in a command economy.