Social and Behavioral Sciences under Dictatorship 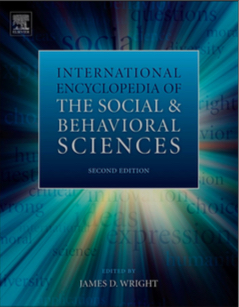 The author represented Stalinism as a model of social constructivism, analyzed basic features of this type of dictatorship. New trends in Russian and  international historiography of the problem are under consideration.

К истории диктатур XX века в Италии и Германии. Предыстория. Функционирование. Гибель
Данилов С. Ю. М.: Принт-Сервис, 2012.
Trajectories of Regime Transformation and Types of Stateness in Post-Communist Countries
Melville A. Y., Mironyuk M., Stukal D. Political Science. PS. Высшая школа экономики, 2012. No. 02.
It is commonplace that a sovereign state is a prerequisite to democracy. But not all states are alike, each having different resources, capacities, priorities, properties, and so forth. What kinds of states and what particular features are conducive to democracy or autocracy? How do different types of stateness and their dynamics relate to different trajectories of regime transformation in post-communist countries? In light of the significant debate in comparative politics regarding the importance of structural and procedural (actor-oriented) factors in democratization and democratic consolidation, we address the effect of stateness on regime transformations in a broad framework, allowing us to specify the role of structural conditions and the decisions of key political actors in post-communist regime change. The focus of this research is empirical, implementing a combination of qualitative comparative and multivariate statistical methods in order to study a sample of post-communist countries from the two past decades. This Working Paper is an output of a research project implemented as part of the Basic Research Program at the National Research University Higher School of Economics.
Почему фашисты не придут сейчас к власти в Кремле: сравнение краха демократии и взлета фашизма в Веймарской Германии и постсоветской России
Kailitz S., Umland A. Политическая теория и политический анализ. WP14. Высшая школа экономики, 2010. No. 02.
First, we demonstrate that structural explanations based on socio-economic factors are insufficient to account for authoritarian regression in two of collapsology’s “crucial cases” – inter-war Germany and post-communist Russia. Instead, (a) a dearth of pro-democratic actors on the elite, intermediary as well as population levels, and (b) a misconstrued form of government allowing the head of state to rule without parliament in combination with the election of a restorationist president, are identified as a configuration constituting a sufficient cause for a country to experience authoritarian regression. Second, we speculate about when an electoral autocracy gets in danger to transform into a fascist ideocracy. Like in Weimar Germany, we can find in today’s Russia fascist actors and widespread nationalism among the population. In current Russia, in distinction to inter-war Germany, however, the party system is manipulated and the third sector underdeveloped. The continuing political presence of a strongly authoritarian, yet non-fascist “national leader” Vladimir Putin creates hindrances for the country to become a liberal democracy, but makes it also improbable that the Russian regime will transgress into fascism.
Роль культуры в демократическом транзите
Урнов М. Ю. Общественные науки и современность. 2011. № 6. С. 5-17.

The article considers similarities and differences between China's and the Soviet Union's approaches to the post-war international orger.