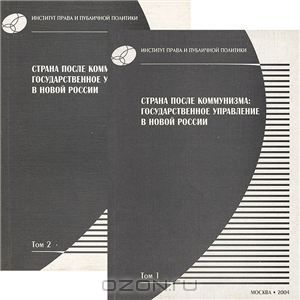 Страна после коммунизма: государственное управление в новой России
Т. 1. М.: Институт права и публичной политики, 2004.
Similar publications
Information Transparency in Public Procurement: How it Works in Russian Regions
Balsevich A. A., Pivovarova S. G., Podkolzina E. Economics. EC. Высшая школа экономики, 2011. No. 01.
Transparency is often prescribed as a cure for almost all the diseases of modern society, but it is not quite clear why and how it might solve certain problems. In the paper we explore how transparency of the public procurement system in Russian regions is correlated with competition, corruption, and control, key factors that influence outcomes of procurement procedures. Using publicly available information, we construct several indicators that measure availability and usability of different types of information presented on regional public procurement websites. Indices based on these indicators show significant differences in transparency levels between Russian regions. In the empirical part of the paper we show that the transparency of information is significantly and negatively correlated with the level of corruption in the region and increases the utilization of control mechanisms in Russian public procurement. We also show that more transparent systems are associated with higher levels of competition.
Моральные нормы в экономических моделях: предпочтения, ограничения, правила игры
Автономов Ю. В. Финансы и бизнес. 2010. № 1. С. 6-20.
Comparative analysis of corruption perception and trust in Russia, other post-soviet countries and European Union
Rassadovskaya, Anastasia, Aistov, Andrey. In bk.: Russian Summer School on Institutional Analysis – Research Projects 2013. M.: Higher School of Economics Publishing House, 2013. P. 117-119.

О взаимосвязи общих принципов и форм работы в GR-менеджменте
Дегтярев А. А. В кн.: Государство, бизнес, общество: теории и российские реалии. М.: Аналитик, 2012. С. 63-78.
Государственная служба: комплексный подход
Оболонский А. В., Барабашев А. Г., Январев В. А. и др. М.: Дело, 2009.
Преступность, организованная преступность и экономика: проблемы совершенствования предупредительной и правоохранительной деятельности. Сборник статей по итогам Международной научно-практической конференции 2-3 февраля 2007 года
Т. 2. Н. Новгород: Нижегородская академия МВД России, 2008.
The political roots of intermediated lobbying: evidence from Russian firms and business associations
Govorun A. V., Marques II I., Pyle W. Economics/EC. WP BRP. Высшая школа экономики, 2013
How does political competition shape the way that firms pursue legislative change? A rich political economy literature describes various ways in which firms influence the design and enforcement of laws, rules and regulations germane to their business activities. Although helpful, this literature is disconnected from work on legislative accountability and political concentration. Making a distinction poorly developed in prior research, we contrast firms that choose to influence policy directly, through un-mediated contacts with executive and legislative branch personnel, and those that do so indirectly, through lobby groups acting as intermediaries. We propose a simple theory that relates the relative costs of lobbying and the strategies firms select to the extent of political competition and concentration. As competition increases and concentration decreases in a region, the use of indirect channels of lobbying becomes more attractive (and vice versa). We test our theory using a survey of 1013 firms across 61 Russian regions. Exploiting substantial variation in political competition and concentration across Russia’s regions, we find that firms in politically competitive environments, where there is less concentration, are more likely to use business associations to influence their institutional environment. Using a survey of 315 business associations, we show that these effects may be explained by the variation of the willingness of regional decision-making officials to support more or less encompassing policies depending on local political environment.
Влияние коррупции на инновационное поведение фирм в странах с переходными экономиками
Баранов А. Ю. В кн.: Сборник лучших выпускных работ — 2011. М.: Издательский дом НИУ ВШЭ, 2012. С. 50-77.
Модель коррупции и наказания на нелегальном рынке
Pokatovich E. WP BRP 55/LNG/2017. Высшая школа экономики, 2007. No. 08.
The present paper examines the relationship between illegal activity and corruption as a means to overcome legal prohibition of the former. This relationship is modeled by endogenous determination of probability of punishment for illegal activity, which is assumed to depend both on the actions of illegal market participants and on the functioning of law enforcement system (to be specifi c, on the amount of resources available to it in order to counteract illegal activities). Model analysis allows for effi ciency evaluation of various measures to combat illegal activity and shows, in particular, that with corrupt law enforcers increased punishment for illegal activity, though being able to restrict its scope, could at the same time aggravate the issue of corruption.