Chapter 1. Challenges of the Implementation of Works Councils in Central and Eastern Europe: General Overview

Challenges and Opportunities for the Works Councils System

Works council, as a participatory means of regulating the employer–employee relation, is long established in Western European countries, but has failed to take significant root in other parts of the world where it has been tried. This book is the first in-depth exploration of the legal, political, and cultural forces that complicate this transposition. Focusing on Eastern and Central Europe, where the works council system has been most extensively applied and where the evident reasons for its lack of purchase are most telling, the contributors examine the relevant experience, both negative and positive, in twelve countries, with a particular focus on non-union representation of workers.

Many important issues pertinent to workers’ representation in general in a globalized world are covered, including the following:

There is general agreement among these authors that, as long as human beings spend a serious part of their lives at the workplace, they must be allowed not merely to express opinions about the job but have a real influence on it. Fully aware of the sensitivity of these issues in market economies, the authors’ careful research and call for public discussion open the path to real changes in the existing system, clearly in Eastern Europe but to be much desired elsewhere also. For labour law scholars, practitioners, and policymakers who  know that such changes are needed, this book offers directions that, though debatable, are sure to be welcomed. 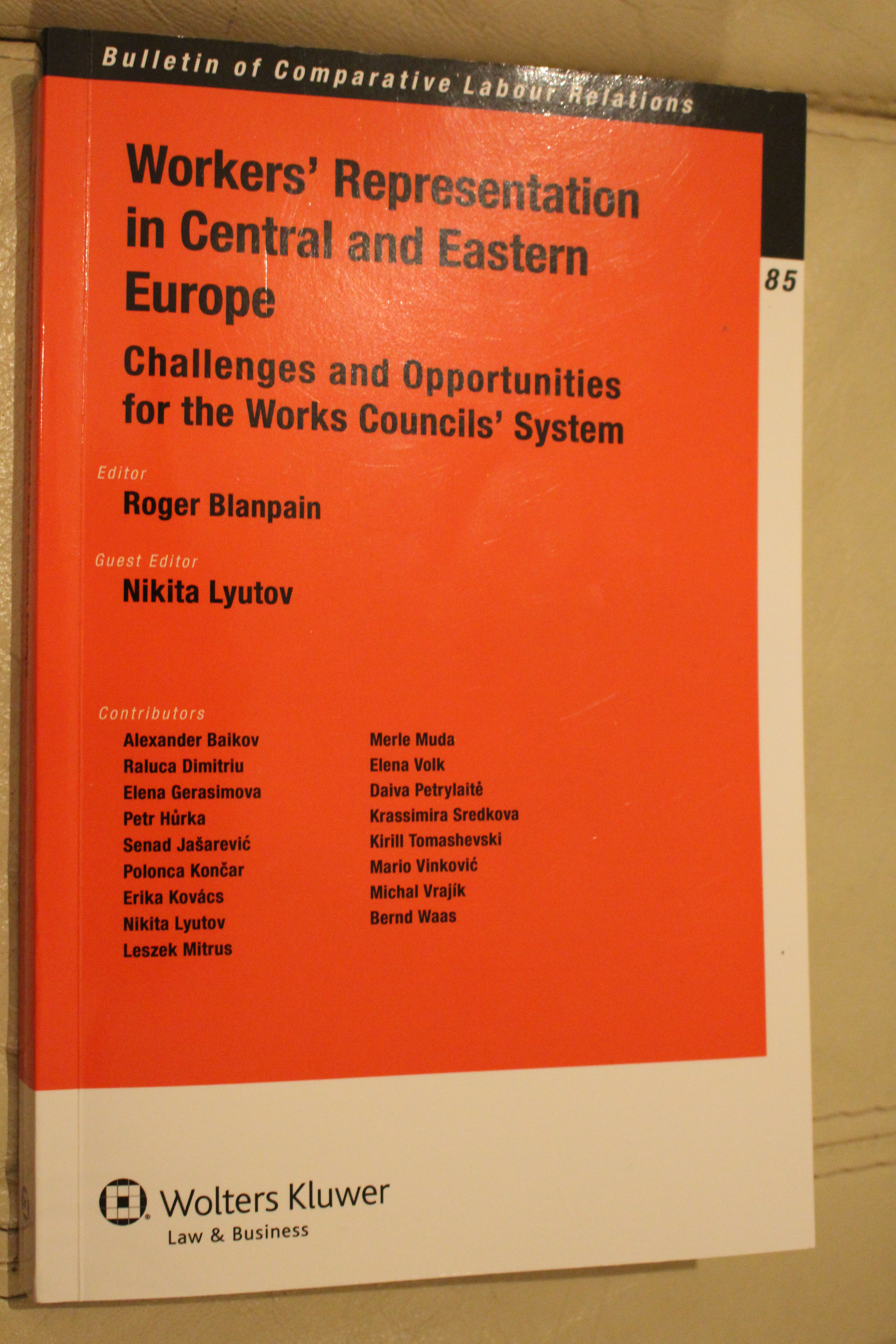