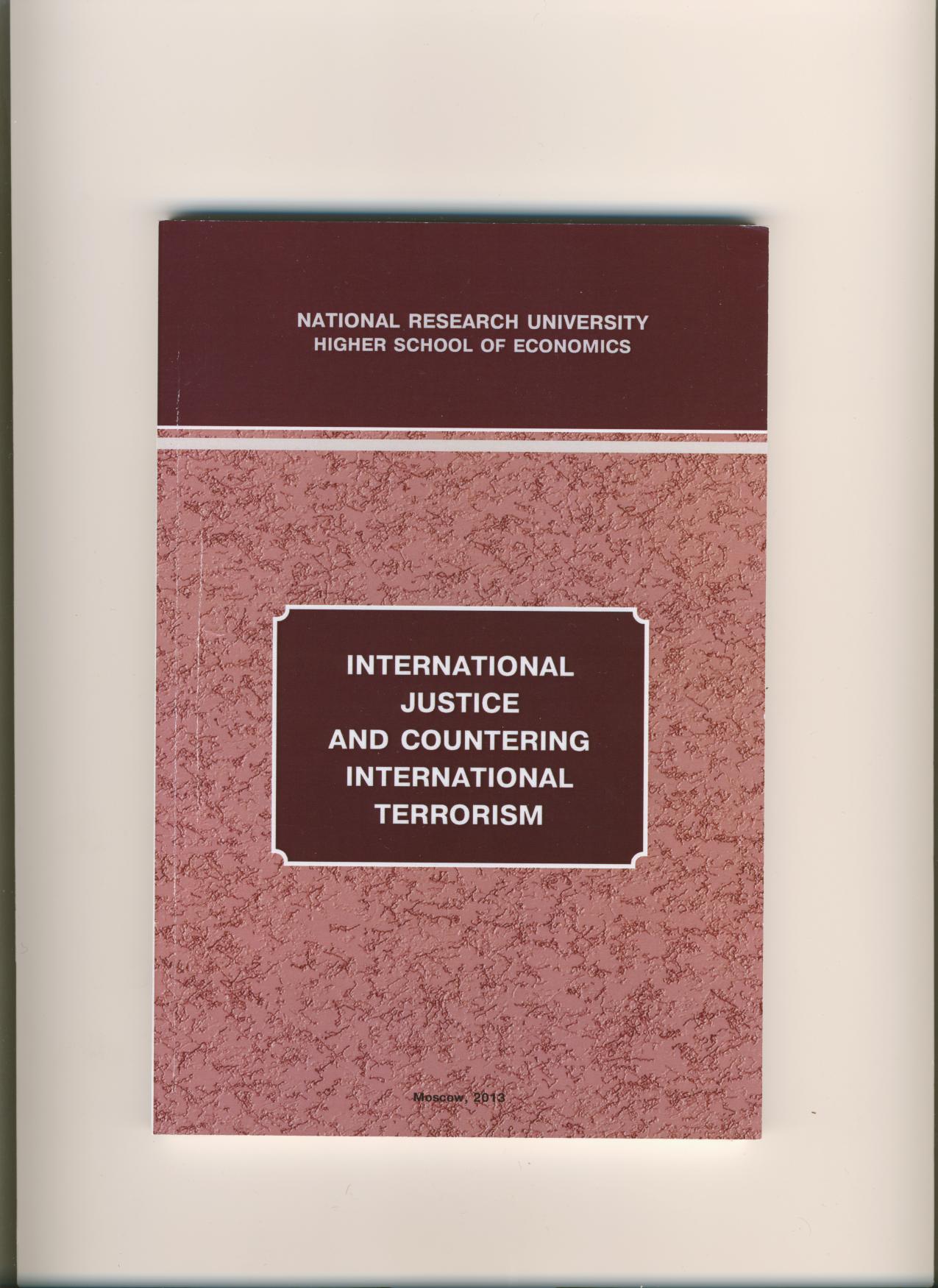 International justice and countering International terrorism
M.: National Research University Higher School of Economics, 2013.
Similar publications
The Right to Life in Light of the Integration between the Norms of International Humanitarian and Human Rights Law
Rusinova V. Law. LAW. Высшая школа экономики, 2014. No. 38.
This paper casts doubts on the existence of a contradiction between the norms of International Humanitarian Law and International Human Rights Law in the sphere of the protection of the right to life and concludes that the wording and systematic interpretation of international treaties, and the subsequent application allowing the inference of an integrated approach to the determination of the negative and positive obligations of states in respect of the right to life.
Вклад Европейского суда по правам человека в развитие обязанностей государств по защите права на жизнь в вооружённых конфликтах
Русинова В. Н. Известия высших учебных заведений. Правоведение. 2013. № 3. С. 50-63.

Theoretical inquiries of the author have continued since the first edition of the monograph has been published in 2015. In particular, an emphasis has been made on the possibilities of integration between norms of International Humanitarian Law and Human Rights Law, which derive from the structure of subjective public rights and can be deduced from relationship between derogation from human rights obligations and limitation of human rights. Economic, social and cultural rights in armed conflicts have been analyzed in more depth. Moreover, as practice of international judicial and quasi-judicial bodies is still continuing to develop, the new edition of the monograph takes into account all new decisions.

The Duty to Investigate the Death of Persons Arrested and/or Detained by Public Authorities
Rusinova V. In bk.: The Right to Life. Leiden; Boston: Matinus Nijhoff Publisher, 2010. P. 65-82.
Аннотация на английском языке Для книг на иностранных языках The author is dealing with two main blocks of problems, connected with inadequateness of investigations of death of detained or arrested persons. First of all, it has been analyzed, whether States are under an international obligation to investigate such situations, and if yes, if this obligation is applicable in case of armed conflicts. Secondly, which criteria should be respected during such an investigation process. As a result of a research of main and subsidiary sources of International Law, a conclusion has been made, that a procedural obligation to investigate the death of persons detained or arrested by governmental agents is imposed on States both in peace and war time by treaty and customary international law. In addition, the author proves that since the end of 90s a new custom, under which conduct of investigations should satisfy to a number of criteria, has emerged. These are standards of effectiveness, due purpose, independence of those persons, who conduct investigation, promptness and transparency.
Право вооруженных конфликтов
Ганюшкина Е. Б. В кн.: Государственное управление: Учебное пособие. В 3 ч. Ч. 3., Правовое обеспечение пограничной деятельности. Ч. 3: Правовое обеспечение пограничной деятельности. М.: Пограничная академия ФСБ России, 2010. Гл. Раздел 3. Международное право. Глава 4. С. 473-495.
Действие международного права прав человека в отношении неправительственной стороны вооружённого конфликта
Русинова В. Н. Международное публичное и частное право. 2013. № 6. С. 8-12.

For a long time it has been taken for granted that a non-governmental party to the armed conflict should respect basic human rights only to the extent provided by the sources of International Humanitarian Law. On the basis of international treaties and customs, state practice and doctrinal works, the author concludes that a new international custom is emerging under which – as far as it is objectively possible – International Human Rights Law imposes obligations on the non-governmental armed groups as parties to the armed conflict exercising elements of governmental authority.

Not all the questions related to the protection of right to life in armed conflicts have become subject of consideration of the international judicial and quasi-judicial bodies. Nonetheless already existing case-law allows to draw a conclusion that the role of International Human Rights Law in regulation of right to life has been changing, at least, in respect of non-international armed conflicts. These changes by their nature reflect the process of integration between norms of International Humanitarian and Human Rights Law, which leads to the strengthening of human rights protection in the specific circumstances of armed conflicts.

The Right to Life
Edited by: C. Tomuschat, E. Lagrange, S. Oeter. Leiden; Boston: Matinus Nijhoff Publisher, 2010.
The right to life stands at the heart of human rights protection. Individuals cannot enjoy any of the rights guaranteed to them unless their physical existence is ensured. All human rights instrument list the right to life as the first one of their safeguards. Nonetheless, in many situations human life finds itself under structural threat. Although obligated by law to protect the right to life, State authorities time and again engage in deliberate acts of killing. Fortunately, international review bodies have devised many imaginative counter-strategies. Obviously, armed conflict puts human life inevitably at risk; the limits of the license to kill given by the laws of war must be scrupulously observed.